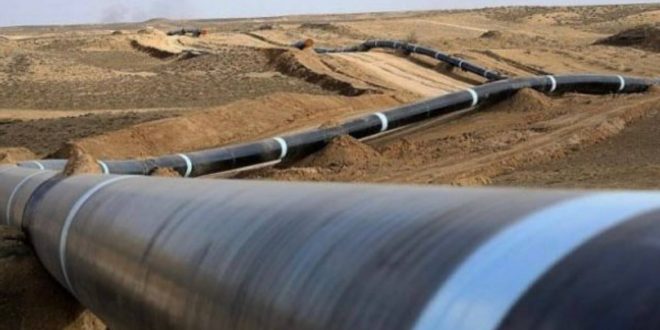 Sitting on 17 percent of world gas reserves, Iran should have no trouble renewing a contract to supply gas to Turkey that expires in 2025. So why are there concerns in Tehran?

As the Iranian Minister of Oil Javad Owji announced September, Iran faces a daily gas deficit of 200 million cubic meters next winter and will mean reducing exports to both Turkey and Iraq. According to Owji, Iran’s oil and gas industry must invest $160 billion to avoid becoming a net energy importer.

But Iran’s average daily production of gas in 2020 was less than 700 million m3 per day, meaning the government will struggle to both export gas and meet domestic demand, including industry and power plants.

Reviving its 2015 nuclear agreement with world powers and seeing the lifting of United States ‘maximum pressure’ sanctions should enable Iran to both increase oil and gas production, meaning it can supply domestic needs and maintain the Turkish market after it can upgrade its production infrastructure.

But Turkey’s potential for renewables, along with its plans to extract gas from the Sakarya field in the Black Sea and to bring online its first nuclear power plant by 2023, all show Ankara can provide its own energy security without Iran.

This means Tehran should start negotiations now to extend its 25-year contract to supply gas to Turkey, which expires in four years. Energy exports play an important role in creating interdependence between countries, and so help resolve tensions.

Importing Iranian gas fits Turkey’s policy of diversification, with a goal of no source providing more than 30 percent.According to Turkey’s Energy Market RegulatoryAuthority, 3.48 billion cubic meters (m3) of its gas imports came in July through pipelines and 568 m3 as liquified natural gas (LNG). In the same month, imports from Russia were 2.3 billion m3, while imports from Iran and Algeria were 633 million m3 and 568.5 million m3 respectively. Turkey imports from Iran only 11 percent of the gas it consumes.

But there is another factor that may shape Iranian gas supplies to Turkey. Azerbaijan Energy Minister Perviz Shahbazov announced in October that Baku planned to increase its exports to Turkey from 6 billion m3 to 9 billion m3 by 2024.

In the short term some Iranian experts believe Turkey’s new gas contract with Azerbaijan would suit Turkey’s aim of diversification and did not mean Ankara wanted to exclude Iran.

Iran has a small share of the global gas market, with just 6.5 percent of world production, despite its large gas reserves of 251 billion m3, 17.1 percent of the world total. While Tehran before ‘maximum pressure’ supplied oil as well as gas to Turkey, it needs now to increase its share of the regional gas market. Iranian officials also believe Turkey is a promising route for gas exports to Europe.

Despite Europe’s energy crisis, and a growing international preference for gas as a relatively ‘clean’ fuel, Iran faces the double challenge of high domestic gas consumption and a lack of the capital and technology needed to increase production. Both stymie Iran from being a reliable producer or exporter. https://www.iranintl.com/en/