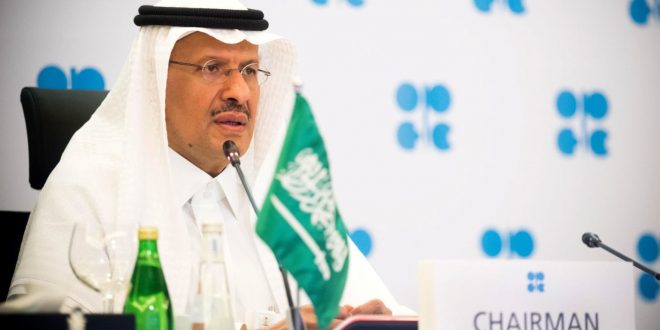 Russia and the Gulf: Implications for Global Energy Markets and Moscow’s International Isolation

Pressure is growing around the world to cut off international purchases of Russian oil because of the Kremlin’s war of aggression against Ukraine. In recent days, the government of Poland announced its intentions to do just that, in addition to self-embargos on Russian coal and natural gas, before the end of the year (Bankier.pl, March 30). Russia is considered the second-largest crude oil producer in the world, and experts estimated in early March that the country earned approximately €350 million ($382 million) a day just from exports to Europe (Deutsche Welle—Russian service, March 7).

Meanwhile, however, Saudi Arabia reaffirmed its commitment to the OPEC+ oil production quota agreement with Russia, despite the escalation of international sanctions targeting the Russian economy and elites and amidst the global outcry over Moscow’s military attack on Ukraine. The United States wants the OPEC+ countries to ramp up their oil production faster than the group agreed to in August of last year. But Riyadh has resisted that US pressure (Isna, March 1). On March 31, OPEC+ announced it was sticking to its gradual reopening strategy, and would only boost crude volumes by 432,000 barrels per day starting on May 1 (Al-Monitor, March 31).

The Gulf States are seeking to diversify their international partnerships to compensate for the gradual US withdrawal from the region. Politics is a priority. In particular, Saudi Arabia and the United Arab Emirates (UAE)—two US allies that host major US military bases—have seen their relations with Washington sour in the past two years over arms deal disagreements and various legal and human rights issues (Irna, February 28).

The UAE, along with China and India (see EDM, March 14), notably abstained in a United Nations Security Council vote that called for Russian troops to leave Ukraine. As expected, Russia vetoed that joint US-Albanian resolution, while 11 of the 15 members of the Security Council voted in favor (Al Jazeera, March 3). For the Gulf Arab states, silence in the face of Russian action in Ukraine is probably the best decision right now because preserving the OPEC+ agreement clearly tops their current agenda (Shafagna, March 12, 2022; World Oil, November 15, 2021).

Geopolitical events have routinely played an important role in increasing the global oil price. And the steadfastness of the OPEC+ agreement, which includes Russia, has contributed to the latest spikes brought about by President Vladimir Putin’s large-scale re-invasion of Ukraine. The other parties to the oil production quota accord have resiliently maintained their neutral stance on questions of the war (Reuters, March 7). In part, that policy lock may be explained by Russia’s military and economic ties to the Arab Middle East and North Africa.

For many years, Russia has sold billions of dollars’ worth of advanced but relatively affordable (compared to complementary Western systems) military hardware to regional governments. The arms deals have included anti-air and anti-missile systems, attack helicopters, fighter jets, and main battle tanks. Moreover, many regional customers are somewhat “locked in” because of legacy Soviet/Russian weaponry in their inventories (see Jamestown.org, December 20, 2017). In the Arab Gulf itself, Russia’s market position is much more modest relative to the US, though Moscow has strived to expand there; it has sought to use its military’s involvement in Syria to advertise Russian arms for export (Osw.waw.pl, March 23, 2021). But at the same time, Western high-technology embargos vis-à-vis Russia have pushed Moscow to try to acquire advanced military equipment and commercial technologies by cooperating with non-Western US allies that operate US- or European-made weapons systems (Jaraian, February 25, 2022). According to some reports, Western export bans on semi-conductor chips and other critical components to Russia forced several Russian tank repair facilities to cease operations in mid-March. A lack of integrated circuits halted production at domestic communications equipment manufacturers (NV, March 22; Taipei Times, April 1).

When it comes to economics, trade between Russia and the Gulf Cooperation Council (GCC) countries increased from about $3 billion in 2016 to more than $5 billion in 2021, most of which was with the UAE and Saudi Arabia. Dubai has long been a “magnet” for attracting Russian investment and a popular holiday destination for Russian elites. Whereas, Riyadh and Moscow have led the OPEC+ coalition and have sought to boost cooperation in other areas in recent years, including the gas and nuclear sectors (see EDM, October 23, 2017, October 23, 2019, March 14, 2022). The Arab Gulf States worry that if they take a stand on Russia’s war against Ukraine, such cooperation and relations with Moscow will be damaged. At the same time, they seek to keep Russia inside OPEC+ because if Russia leaves the group, the entire agreement could fall apart (Deutsche Welle—Farsi service, February 22). Several weeks ago, Yousef al-Otaiba, the UAE’s ambassador to Washington, told CNN that his country was willing to increase its oil production and, thus, would encourage other OPEC members to boost their supplies (CNN, March 11). Ultimately, the OPEC+ group agreed to stick to its previously agreed production levels (see above); but Ambassador al-Otaiba’s remarks revealed potential tensions between the various parties to the accord.

Against the Kremlin’s best intentions, the current Ukraine war—as well as a number of previous conflicts involving Russian forces or weapons systems (in Karabakh, Libya and Syria)—have raised serious questions about the survivability and utility of even ostensibly advanced Russian weaponry on the modern battlefield. Notably, Russian armor and its latest missile-defense systems have all proven highly vulnerable to Turkish-built attack drones such as the Bayraktar TB2 (see EDM, March 16). In light of this, Arab countries may be rethinking future arms purchases from Russia; and given the good relations between the GCC and China, Beijing may suddenly find open space in the market for its offerings (Eurasian Times, March 15). On the economic front, the deterioration of Russia’s economy and its global isolation will discourage foreign investors, the Middle Eastern states included, from pouring significantly more money into the Russian Federation. Nevertheless, Arab experts believe that the UAE and Saudi Arabia do not want to lose their relationship with Russia, a strategic partner with veto power in the UN Security Council and a powerful position on the global oil market (Twitter.com, March 17). As such, the Gulf powers are unlikely to upend OPEC+ in the near future, and they will not publicly place themselves in opposition to Moscow when it comes to the war in Ukraine. https://jamestown.org/