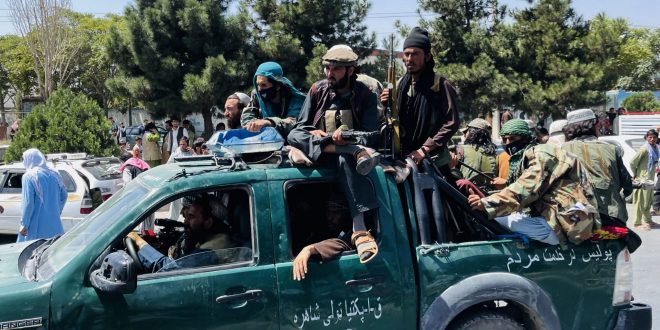 The countries of the region should not be indifferent to the events in Afghanistan, considering their national interests, and should closely monitor the recent events in the country.

The withdrawal of US troops from Afghanistan and the Taliban’s takeover of the country marks the beginning of a new era in Afghanistan’s socio-political history. It is obvious that the countries of the region should not be indifferent to the events in Afghanistan, considering their national interests, and should closely monitor the recent events in this country. Afghanistan’s neighbors, meanwhile, are largely concerned about the security implications of the Taliban’s domination of the country within their borders. Despite two decades of US presence in Afghanistan, the country has not been able to fully establish stability and security. In recent years, with the rise of the Taliban and the growing influence of this group, the central government has not been able to have full control over all parts of the country. The Taliban’s rise to power has prompted neighboring countries and major powers to meet with Taliban representatives in recent months. The withdrawal of US and NATO troops from Afghanistan was pleasing for the countries of the region, especially Russia and China, in order to increase their sphere of influence in the region, especially in Afghanistan.

Talking to RIA Novosti about why Moscow has established ties with the Taliban, the Russian president’s special envoy to Afghanistan said that Moscow predicted that the situation in the country would worsen several years before the full withdrawal of NATO troops from Afghanistan. According to the Russian ambassador in Tehran, Russia believes that all US allies and partners who took part in this failed operation in Afghanistan have an equal responsibility; here we are talking about financial and economic responsibility. All of them must help Afghanistan in its social and economic reconstruction. Security concerns have grown among Russian officials following the Taliban’s takeover of the northern part of the country. Russia’s main concern is to increase ISIL’s influence in Afghanistan. Due to its regional policy, Moscow seeks to establish stability and security in Afghanistan and to have good relations with the new government.

As a neighboring country of Afghanistan, China, which has made significant investments in the region, considers the sudden return of the Taliban to be creating security threats rather than opportunities. As claimed by Andrew Small, a fellow at the German Marshall Fund in Washington, in an interview with the European Council on Foreign Relations, China does not regard Afghanistan to be a country full of opportunities; rather, it considers it to be a matter of dealing with threats. Thus, China has implicitly started to prepare the Chinese public towards the possibility of China’s recognition of the Taliban, that is the Islamist movement gaining power in Afghanistan as a legitimate regime. Due to its huge financial resources, China is trying to exploit the huge project of a BRI. Afghanistan’s economic potential is very important to China. The fight against Islamic fundamentalism and the common border between China and Afghanistan will further increase China’s role in Afghanistan’s political future. The importance of the China-Pakistan economic corridor will be another factor for Beijing in the following of developments in Afghanistan.

Years of war in Afghanistan have caused a large number of Afghans to live in Iran. Iran provided military and intelligence assistance to US forces during the US-led invasion of Afghanistan, and actively participated in a 2002-dated conference on Afghanistan’s reconstruction in Bonn, Germany. In October 2002, a year after the fall of the Taliban, the Kajaki Dam reopened to Iran. Iran wants to use Afghanistan’s water resources. Ashraf Ghani’s government wanted oil instead of water. Iran does not want Afghan refugees to return to Iran, and Tehran is ostensibly concerned about drug transit. Part of the review of Iran’s foreign policy is related to the ideological part of the regime in the Islamic Republic. Any country that operates on the basis of political logic and diplomatic rationality knows that the greatest interest is in establishing balanced relations with all countries and global actors, and the Islamic Republic of Iran will reach it sooner or later.

Taliban spokesperson Zabihullah Mujahid talked to Turkey’s TRT about the withdrawal of foreign troops from Afghanistan, the control of Kabul airport and peace talks in Doha. Afghanistan wants to have good relations with Turkey, whose main concern is the organized arrival of Afghan war refugees entering Turkey through Iran. Millions of Syrian refugees are currently living in Turkey, and the arrival of new immigrants could disrupt the dynamics of Turkish society. Turkey will sooner or later establish formal relations with the Hadid government of Afghanistan, and Turkish companies can participate in Afghanistan’s construction and energy projects.

On February 29, 2020, the United States and the Taliban agreed to end the 18-year war in Afghanistan. One of the terms of the agreement was to restore peace in Afghanistan and facilitate the withdrawal of US troops. One of the most important consequences of this agreement will be the growing importance of Pakistan’s role in Afghanistan, the sovereignty of the Afghan government, and the increasing political activity of the Taliban.

Since the overthrowing of the Taliban regime and the US invasion of Afghanistan in 2001, Pakistan has supported the Taliban and called for dialogue with the group, which has played a key role in Washington-Taliban negotiations. These efforts have increased Pakistan’s influence within the Afghan Taliban. Islamabad’s effective role in US-Taliban negotiations and agreement has given Pakistan a leading role in the Afghan peace process. Pakistani Foreign Minister Shah Mahmood Qureshi reported in a news conference that Russian officials had said that the Taliban would prevent ISIL infiltration into Afghanistan from Iraq, Libya, and Syria.

In appearance, maintaining territorial integrity and supporting the new government in Afghanistan will be supported by all countries in the region and the great powers. Establishing a forum with neighboring countries that can provide a codified plan to improve the political and economic situation in Afghanistan can be an effective step in establishing security and stability in Afghanistan. Afghanistan‘s mines are a good place for Chinese companies to invest. It should be noted that the root of the lack of a strong democratic system in Afghanistan is much deeper, and one should not expect that with the Taliban’s coming to power, all the problems of Afghanistan will be solved. As some experts believe, there is no doubt about the acceptance of the Taliban as a reality in Afghanistan. According to Iranian experts, Pakistan is the most important winner of the new situation in Afghanistan. Pakistani policies will play a key role in the new state-building process. The support of countries in the region for some political and armed groups in Afghanistan, if it continues, will mean that tensions will continue in this country. Without the cooperation of the above countries, the problem of drug trafficking and Afghan refugees will not be solved. Ensuring maximum peace in Afghanistan, as well as ensuring the continued political and economic presence of the United States in the country, is above all in the hands of the Pakistani government. It is clear that both China and the United States will open a special account for Pakistan’s assistance to expand their full-fledged presence in Afghanistan, and this could be a major milestone in Pakistan’s foreign policy in recent years and play a crucial role in balancing forces between China, the United States, and Russia, because any economic presence of the mentioned countries in Afghanistan and investment in this country requires “security” inside this country, which is possible only by controlling the Taliban’s sources of power.