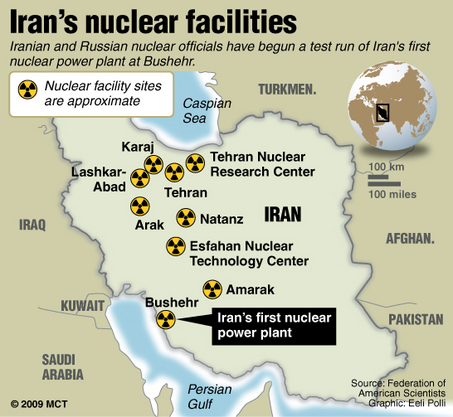 Iran’s Nuclear Program Might Not Be Worth the Cost

Iran’s economy, which is heavily dependent on oil exports, has not been able to benefit from oil exports in recent years due to U.S. sanctions, the country’s foreign exchange earnings have declined. In spite of this, the Iranian government has tried to provide the necessary financial resources for the continuation of the nuclear and missile program, and it is expected that given the importance of the nuclear program in the grand strategy of Iran, Tehran will not shut down or delay it because of a precursor demand by the United States; the only way it would do so would be in exchange for serious sanctions relief, in effect a renewal of the JCPOA.

How is the future of Iran’s nuclear program seen in the shadow of the 2015 JCPOA? Until 2024, Iran is restricted to its 5,060 first-generation centrifuges. When the agreement expires, Iran will be allowed to construct a newer, more advanced generation of centrifuges. At present, the “breakout time” required for Iran to build an atomic bomb is estimated at one year, but this timeframe will decrease as Iranian centrifuge technology and stockpiles of high-enriched uranium improve. Iran’s repeated threats to increase enrichment beyond the agreed limit, and thus reduce the time required to build a bomb, have undermined confidence in Iran’s nuclear diplomacy in the post-JCPOA era.

Some Iranian experts believe that the continuation of Iran’s nuclear program and its acquisition of nuclear weapons will allow Iran to pursue economic development, shielded from the threat of American military operations by a nuclear arsenal. Broadly speaking, Iran has three options regarding its nuclear program. First, it can abandon its entire nuclear program in pursuit of peace. Second, it can use nuclear enrichment as a bargaining chip for sanctions relief, effectively a continuation of the current negotiation cycle. Finally, it can withdraw from this cycle and acquire a nuclear weapon.

The first option is clearly neither realistic nor among the Iranian regime options. The abandonment of the nuclear program will not only fail to solve Iran’s security problem but will also redouble security concerns for Iranian decision-makers and elites. There is also nothing to be gained from the second option. An unresolved cycle of negotiations that is nearly two decades has been ineffective in solving the problem of Iran’s survival; in fact, it has arguably exacerbated it.

Therefore, the final and most likely option for Iran to pursue is nuclear deterrence. It can be said that Iran’s acquisition of nuclear weapons, its achievement of the final deterrent, is the only available option for Iran to solve the problem of its survival and fully commit to economic development. However, there is no doubt that adopting a nuclear deterrence strategy faces many challenges. According to a 2013 Carnegie Endowment report written by Iranian analyst Karim Sadjapour, approximately $100 billion was needed to cover the costs of construction, operation, research, despite international sanctions on nuclear power. In 2015, Sadjapour estimated that the cost to Iran would soon reach $500 billion. This cost also fails to include the non-quantifiable aspects of the nuclear program; for instance, due to American sanctions, Iran has not been able to enter foreign markets, which has resulted in long-term drawbacks for the economy. Despite this, Iran has not been discouraged by or given in to the social and economic costs caused by the sanctions, and has continued to pursue its ambitions in the nuclear field.

Other estimates vary. Ali Akbar Salehi, Assistant to the President of Iran and Chairman of the Atomic Energy Organization, stated on March 11, 2021 that the total budget of the Atomic Energy Organization of Iran for the past 30 years had been $6.5 to 7 billion, or $250 million per year. Former President Mahmoud Ahmadinejad had earlier estimated that Iran’s nuclear activities had cost the country more than $30 billion over its lifespan.

The Jerusalem Post quoted Israeli Prime Minister Benjamin Netanyahu, saying that halting Iran’s nuclear program was one of his top priorities in the future and defending his opposition to the nuclear deal. “Iran has lagged behind for years because of what I did, and because of what I will do, they will never have a nuclear weapon […] as long as I am Prime Minister, Iran will never have a nuclear bomb.” Earlier, Netanyahu had repeatedly stated his opposition to Iran’s nuclear program and warned of the dangerous consequences of a nuclear Iran for Israel’s national security.

In December 2020, Rafael Grossi, director general of the International Atomic Energy Agency, spoke to CBS News about the “danger of a nuclear program” between Iran and North Korea, and criticized U.S. withdrawal from the JCPOA, saying that Trump’s unilateral withdrawal from the nuclear deal with Iran risks it obtaining a nuclear weapon. “Since then, Iran has decided to gradually reduce its commitment in response to the US withdrawal,” he said. “Iran is continuing its nuclear program, these actions have not been far from the eye and secret.”

President Joe Biden, who took office in January, says he favors rejoining the Iran nuclear deal, but insists that Iran should first stop violating the terms of the agreement. The European Union also called for negotiations, in the hope that Iran will comply with this condition. Although a U.S. delegation is included in the ongoing talks in Vienna, American officials have not met directly with Iranian officials. Instead, diplomats from other countries mediate talks between the two sides.

Following the start of talks, Iranian officials reaffirmed their intention to fully comply with the agreement, but to do so, they require the United States to lift all sanctions imposed under Trump. However, this is a complicated issue, as the Trump administration imposed additional sanctions on Iran relating to terrorism, human rights violations, and its ballistic missile program—all of which are beyond the scope of Iran’s nuclear program.

Although this may seem like a difficult goal, the 2015 nuclear agreement might make the process easier, according to experts. Mikhail Ulyanov, the Russian representative of the International Atomic Energy Agency (IAEA) responsible for the supervision of Iran’s nuclear program, stated that the negotiations carried out by the two expert working groups were progressing well, and said that they “will be followed by a series of informal meetings with the participation of experts in different formats.”

However, the recent operation on the Natanz nuclear facility, apart from its significant geopolitical implications, has shown that Iran has failed to secure its energy infrastructure, especially its nuclear facilities. The attack came as the U.S. Secretary of Defense was visiting Israel, and Iran announced new advances in nuclear science on National Nuclear Technology Day. The timing of the attack also suggests a message from the Israeli government. Some experts believe that the main purpose of the recent attack was to disrupt the Biden administration’s negotiations with Iran to resolve the existing problems and reach a new agreement. All of Israel’s resources will be used to maintain its national security and disrupt Iran’s nuclear and missile programs. At the same time, French President Emmanuel Macron has said that talks on a nuclear deal with Iran should be very rigorous and that countries in the region, including Saudi Arabia, should be involved. Macron told a news conference that the time was short to prevent Iran from acquiring weapons.

In the months since Biden entered the White House, Iran has repeatedly insisted that the United States should lift “all sanctions” as a prerequisite to nuclear negotiations. Iran, however, has apparently realized that its request for a complete lifting of sanctions will not be met.

In addition to diplomatic maximalism, Iran has sought to pressure the United States by suggesting the next Iranian administration would be less receptive to American interests. Iranian Foreign Minister Mohammad Javad Zarif had pointed to the impact of Iran’s June election on any negotiations, and warned that the United States must act quickly to revive the JCPOA. For its part, Robert Malley stressed that the forthcoming elections in Iran are not a component of the U.S. timetable for negotiations with Tehran. According to Malley, the criterion for speed is the extent to which these negotiations are compatible with defending US national security interests; “In other words, the process will not do anything for the sake of Iran’s elections, or we will not speed it up.”

Iran’s economy, which is heavily dependent on oil exports, has not been able to benefit from oil exports in recent years due to U.S. sanctions, the country’s foreign exchange earnings have declined. In spite of this, the Iranian government has tried to provide the necessary financial resources for the continuation of the nuclear and missile program, and it is natural that given the importance of the nuclear program in the grand strategy of Iran, Tehran will not shut down or delay it because of a precursor demand by the United States; the only way it would do so would be in exchange for serious sanctions relief, in effect a renewal of the JCPOA. Any new agreement should also consider the security concerns of traditional U.S. allies, especially Israel, although the new agreement can be expected to offer some concessions to Iran to succeed in its nuclear program.

Finally, if such an agreement is reached, it should be explained to the Iranian public. Why was so much of Iran’s national wealth spent on the nuclear program for decades, mainly during an ongoing economic crisis? Whatever Iran does, its decision on its nuclear program could create a security crisis in the region. The continuation of Iran’s nuclear program, despite international pressure, will increase nuclear competition in the region. Given that Iran, with its vast oil and gas resources, educated and academic resources, has not yet been able to become a developed country, will nuclear deterrence pave the way for Iran’s sustainable development? The answer is, so far, unclear. However, de-escalating its confrontational foreign policy towards other countries in the region and world powers, while preserving its core national interests, will be an effective factor in solving Iran’s internal and regional problems.