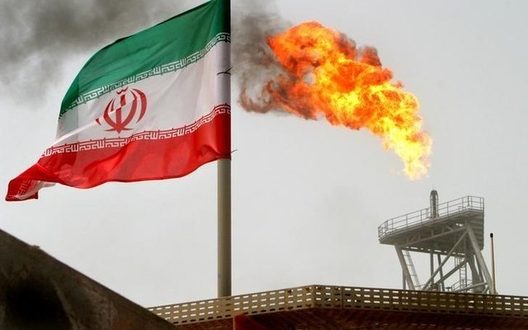 The energy crisis in Europe, and Russia’s invasion of Ukraine have highlighted the importance of diversifying energy resources. Europe’s over-reliance on Russian energy resources and Russia’s use of energy weapons to further exploit the geopolitical dimension led to the issue of finding an alternative to Russian energy sources, after the sanctions imposed on Russia by the US and Europe and the possibility of Russia using energy exports against Europe.

Recently, the Minister of Oil, Javad Owji, has announced that “Iran is ready to help resolve the energy crisis in the world as soon as possible, and my advice to American and European decision-makers is to learn from the current situation and to help alleviate this.”

Iran’s oil Minister says that, in recent years, the necessary investment has not been made in the oil and gas industry. On the other hand, to meet the needs of the country, Iran must invest $160 billion in this area. The decline in investment in Iran’s oil and gas industry over the past decade, and the lack of participation of foreign companies in the development of fields have caused the country a deficit of 200 million cubic meters of gas per day; moreover, power plants and the industrial sector will have to use fuel oil instead of gas.

Iran has the second largest natural gas reserves in the world, but the high level of domestic consumption and lack of investment and advanced technology in recent decades has prevented Iran from becoming a major player. The huge South Pars field is a major supplier of Iranian natural gas. This field, which is shared with Qatar, produces about 70 per cent of Iran’s gas, which will reach the second half of its life next year and, if the current platforms of 1,500 tons are not replaced with 20,000-ton platforms capable of carrying huge compressors, the production of the tank will be reduced by 10 billion cubic meters every year. This technology is only in the hands of a few European giants. It seems that Total France signed a contract for the construction of such platforms for phase 11 of South Pars, but it abandoned the project with a loss of 45 million Euros after US sanctions. To maintain South Pars production, Iran needs at least 15 20,000-ton platforms, each costing $2.5 billion to build. On the other hand, according to the US Department of Energy and the US Energy Information Administration, 80 per cent of Iran’s active oil fields are in their second lifetime, with production falling by 8 to 12 per cent each year. Iran needs at least $20 billion a year to maintain oil and gas production alone; over the past three years, the average annual investment in Iran’s oil and gas production has been $3 billion.

According to Iranian experts, the oil reserves in the country, which usually cost less than in other countries, need an investment of between 20 to 30 thousand dollars per barrel of capacity, if the capacity is to be increased by one million barrels. Iran needs between 20 and 30 billion dollars of investment. For a good field in South Pars, we need to invest two billion dollars per 30 million cubic meters. Iran had a very high chance to develop gas exports as far as we could face in the region, which would change the world completely.

Iran could expand exports to Pakistan, Iraq, Turkey and even Europe. Having the world’s second largest gas reserves, Iran had the potential to become a regional hub, but it could not .According to the   Look-East  Policy, the Iranian government intends to use the capital and technology of Chinese and Russian companies to increase oil and gas production, if a nuclear deal is not reached. In February, Oil Minister Javad Owji said that Chinese investors in the 25-year agreement between the two countries will invest about $15 billion to $20 billion in Iran’s oil and gas fields. Owji also expressed hope that such investments would be made by Russia.

READ: Gas flow from Iran to Turkey stops due to technical problem

However, officials say at least $160 billion in investment is needed to develop the oil and gas industry, including $90 billion in oil and $70 billion to meet gas production targets in the coming years. According to the Minister of Oil, most of the income from the sale of oil is received in cash and a small part is settled through purification. The current contract for the export of Iranian gas to Turkey will expire in 2026, and negotiations for the extension of this contract have not been successful, so far. Iran is losing the Turkish energy market after the gas export to Iraq and Turkey was cut off. In recent months, the Iraqi government has planned to build wind farms with the investment of Saudi Arabia and other countries and reduce its dependence on Iran’s energy resources.

Last January, European liquefied natural gas imports hit a new record, reaching at least 8.1 million tonnes There are currently 37 terminals for imports in Europe. If an agreement is reached in the Iran nuclear talks, the ground for attracting foreign capital and technology must be provided immediately, and accession to the FATF must be approved. Foreign policy should move towards de-escalation, redefinition of energy diplomacy and paying serious attention to the role of energy exports in Iran’s foreign policy. It should not be forgotten that Europe is rapidly investing in the energy transition process, and with the resolution of the current crisis, its focus on renewable energy will increase.  European countries in recent years have paid special attention to the discussion of energy transition and reduction in the share of fossil fuels in their energy portfolio; the trend of investment in renewable energy on the continent has increased sharply.