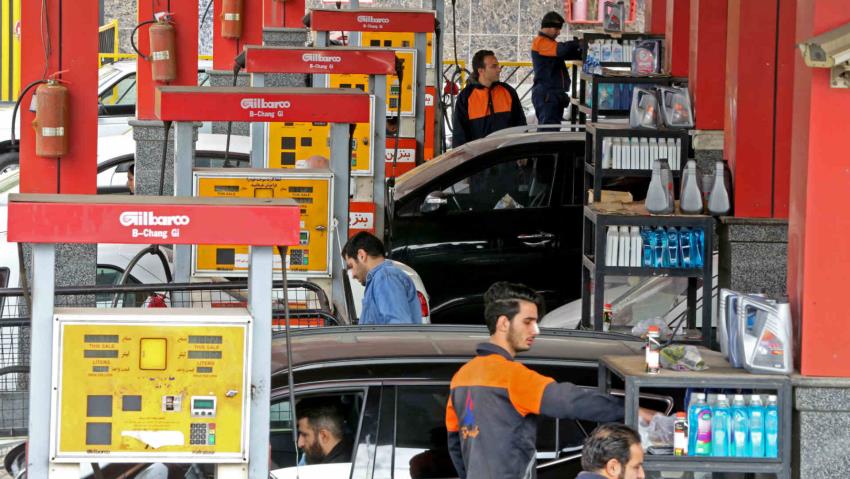 Over the past two years, Iran has bolstered its relations with several Arab countries as the Gulf crisis has deepened.

While the Gulf Cooperation Council [GCC] has in the past tried to present a unified, timely and relevant response to regional developments, these attempts are sometimes individualised by the actions of a member nation.

Iran-Oman relations faced few challenges either before or after the 1979 revolution. Oman’s policy of establishing close and positive relations with Iran, and a constant emphasis on the development of relations in all political, economic and cultural fields, has led Tehran and Muscat to recognise each other as strategic partners in the Middle East.

Oman also played a mediation role in Iran’s nuclear talks with the P5+1 countries and hosted several rounds of dialogue between Iranian and US foreign ministers.

Tensions between Iran and Saudi Arabia, meanwhile, have built steadily during the Hassan Rouhani era. They have mutually exclusive interests in Syria, Iraq and Yemen. The attack on Saudi diplomatic sites in Tehran and Mashhad also enflamed tensions more than ever.

In Iraq, since the fall of Saddam, Iran’s influence has grown significantly. Along with Iran’s allies in Lebanon, Syria and Yemen, Tehran’s regional expansionism has grown and alarmed Riyadh, which is fearful that growing Iranian influence comes at the expense of its own regional power.

Saudi Arabia has used the current tranche of US sanctions against Iran to produce more oil and take Tehran’s share of the world market. Riyadh is also trying to use its investments in major buyers of Iranian oil, such as India, to persuade them to reduce Iran’s role in their energy markets.

The GCC has always viewed the Islamic Republic of Iran as a fundamental threat to its existence, and from the outset, has taken a hostile attitude towards Iran.

Meanwhile, facing the collapse of the nuclear deal and the new sanctions, Iranian officials have declared they are “ready and interested” to develop bilateral relations with Iran’s neighbours, mainly the GCC.

Iran’s geopolitical importance is in no small way connected to the existence of huge energy reserves, drawing the attention of global powers to the region. This, along with the strategies of other regional and global powers, largely shapes the foreign policy of the Islamic Republic.

Iran’s main objective is to promote its regional status – and the biggest obstacle to achieving this is the strong US military presence in the region.

Regionalism as a main factor in Iranian foreign policy gives an opportunity for Iran to expand relations with the GCC. Iran, with huge oil and gas reserves, can be an energy supplier (mainly of natural gas) to some GCC members such as Oman, the UAE and Kuwait.

Given the fact that the Gulf countries are Iran’s top priority for gas exports, after negotiations with Oman, there is now the possibility of adding Kuwait to Iran’s list of gas customers.

Ali Reza Kamali, the former CEO of Iran’s Gas Export Company, said the current survey of Iran’s first gas exports showed it would only require the construction of a 200 kilometre pipeline to reach the markets of Oman, Kuwait, the UAE, Saudi Arabia, Bahrain and Iraq.

While in recent years these countries have been believed to have little need for oil imports, they have little in the way of gas – except for from Iran.

If Iran does increase its gas production capacity, there is a possibility of export to the Gulf. Although initial talks for Iranian gas exports to Kuwait have not yet been finalised, the operation of the Iranian gas pipeline to Iraq could provide the foundations for the necessary physical infrastructure to provide gas onwards to Kuwait.

This means the technology and personnel to export gas through Iraq to Kuwait is largely already in place, and this programme could become operational not long after a contract is signed.

Although countries such as Iraq, Saudi Arabia, Kuwait and the UAE do have gas resources, these consist mainly of gas with oil, and they do not have independent gas reserves. These countries are also focused on oil production.

In terms of economics, politics, population, history of the formation and influence of Saudi Arabia in the Arab world, Saudi Arabia has long sought to expand its influence within the GCC as its most important member.

To enter a new era in Iran’s relations with the Council, both sides would need to be able to shift their concerns towards tangible diplomatic achievements. Iran has also to be more active in foreign diplomacy in order to eliminate problems with its neighbours.

To enter a new era in Iran’s relations with the Council, both sides would need ti  be able to shift their concerns towards tangible diplomatic achievements

Iran still has huge potential in the petrochemical sector, and exporting more petrochemicals may provide an alternative to exporting LNG while oversupply lowers the value of the LNG market.

Iran enjoys good political and economic relations with Oman; however, foreign factors have delayed the project of Iranian-Omani natural gas pipeline at the planning phase.

Iran should try to reduce tensions with Saudi Arabia to a manageable level, as the relations between Iran and the Gulf Cooperation Council depend on Iran’s relations with Riyadh.

History has shown that ties between the Gulf Cooperation Council and Iran have improved as relations between Iran and Saudi Arabia improve.