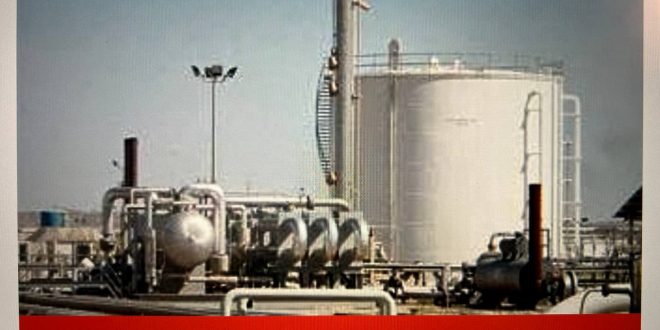 Iran Can Resolve its Gas Disputes Through Active Energy Diplomacy

The failure to resolve the problems in the Crescent contract, and the dissatisfaction on the Emirati side, show that the importance of energy diplomacy is not yet understood by the officials of the Ministry of Oil and the Iranian government.

Exporting natural gas to its neighboring countries has been a top priority for Iranin recent years. However, the increase in domestic consumption has prevented the country from playing an important role in the regional gas market. One of Iran’s largest gas fields – and an area of critical opportunity for Tehran, is the Salman gas field, shared between Iran and the United Arab Emirates. This field has three primary reservoirs of natural gas under its oil, however, the Iranian share of extraction has so far been small due to the difficult conditions of upholding the provisions in the Iranian government’s Crescent contract with the UAE.

For years, the UAE has hosted a large Iranian population with billions of dollars in capital, which has helped to transform Dubai into a global trading hub. However, the volume of trade between the two countries has sometimes moved unpredictably. As reported by the head of the UAE Joint Chamber of Commerce, the value of trade between the two countries exceeded $1 billion in the initial five months of the Iranian calendar, which corresponds to the period between 21 March to 22 August. Within this period, the total value of Iran’s exports to, and imports from, the UAE was $380 million and $1.07 billion, respectively. In the previous year, ending on 20 March, it stood at $14.2 billion, as reported by Iran’s Trade Promotion Organization (TPO). Farshid Farzanegan, Chairman of Iran-UAE joint Chamber of Commerce, claimed that with these agreements, the volume of trade between the two countries would likely increase to $20 billion by the end of the 2021-2022 fiscal year.

In 2001, reformist president Mohammad  Khatami negotiated a contract for the daily export of 500 million cubic feet of natural gas. Soon afterward, an agreement was signed between the UAE-based Crescent Petroleum Company and the National Iranian Oil Company. Under the 25-year agreement, Iran was to start by exporting 195 million cubic feet of gas a day to the UAE, and after seven years, increase the daily exports to 700 million cubic feet. After signing the contract with Iran, Crescent Company started to register another company named “Dana” as the executor of the project with 100% of ownership rights. In practice, Crescent contract had four interested parties: National Iranian Oil Company as the seller, Crescent Company as the buyer, Dana Company as the executor, and the government of Sharjah, one of the seven emirates in the UAE, as the final recipient and consumer. In 2010, however, Iranian President Mahmoud Ahmadinejad said that the deal to sell gas to the UAE’s Crescent Petroleum was providing unacceptably low returns for Iran and that it had been marred by corruption.

Consequently, in 2009, Crescent sued Iran in The Hague for non-compliance. Because it was able to provide extensive evidence of bribery in this case, however, Iran succeeded in proving corruption in the conclusion of this contract in The Hague court until 2011. In 2012, with the inauguration of the 11th government, the same officials who were involved in signing the Crescent contract and whose cases were open to the judiciary were re-appointed to the Ministry of Oil and its subsidiaries.  The International Court of Arbitration in Paris later fined the National Iranian Oil Company $607.5 million following a complaint by the United Arab Emirates company Dana Gas about Iran’s non-compliance with the 2001 gas contract.

Iran has been fined in two other gas dispute cases in international courts in recent years – $1.9 billion in a dispute with Turkey, and $2 billion because it had delayed payment for imported gas from Turkmenistan.  Dana Gas Company announced on Tuesday, September 27, that this is only part of the fine of the National Iranian Oil Company for canceling the 25-year contract for the export of gas to the UAE, known as the Crescent case, which resulted in a loss of 8.5 years for Dana Company. The unilateral termination of the contract will include Iran, and the next tribunal to determine the bulk of the damage is scheduled to be held in Paris in October of next year. The payment of this fine by the National Iranian Oil Company is only related to the first eight and a half years of this 25-year contract.

Some Iranian experts believe that the necessary legal steps were not taken to conclude this contract and no international tender was held for a substantial 25-year contract. The long duration of the contract and, ultimately, the issues that were raised after its negotiation were the most important issues with the contract. While the contract agreed to a set rate at the time of negotiation, the fluctuation of gas prices means that the valuation of the contract itself can float. In the Crescent contract, however, the price of export gas was pegged at $18 for the first seven years, while in the same period, the average sale of Iranian oil was $26. In the second 18 years, the selling price of gas closed at $40, a significant difference from the contract. Nonetheless, a member of the Iranian parliament who opposes the annulment of the Crescent contract believes that Iran could have made more profit from the implementation of this contract. Jalal Mirzaei, a member of the Energy Commission of the Parliament, created conditions for revision based on some clauses of the contract; that is, according to some clauses of the Crescent contract, if Iran had a critical pricing mechanism, it could make changes to the contract pricing in the future without having to terminate it.

Conservatives have called the Crescent contract a “disgraceful deal” and claimed that Bijan Zanganeh, Iran’s Minister of Oil from 1997 until 2005 and again from 2013 until August 2021, had “transferred Iranian gas abroad without legal action and through bribery agents at 14 times the current price.” From then until the middle of 1989, 120 million cubic feet of gas per day in Salman field was “flared” – i.e. burned rather than captured, preventing an explosion but wasting the gas.  The natural gas of Salman field should have been exported or consumed inside, but some people prevented the use of this gas, causing economic damage to the country. Estimates show that $7.5 billion worth of gas has been flared so far.

The failure to resolve the problems in this agreement, and the dissatisfaction on the Emirati side, show that the importance of energy diplomacy is not yet understood by the officials of the Ministry of Oil and the Iranian government. Iran’s political problems with the UAE in recent years have also prevented the issues surrounding the Crescent contract from being resolved to this day.

A lack of transparency in the negotiation of oil contracts has in many cases prevented the text of those contracts from being made public. In the process of concluding contracts, people outside the Ministry of Oil and the government have consistently been able to earn a lot of money. Some people working within the Iranian economic lobby fall into this category, and these people do not provide the necessary and basic conditions for gathering information and establishing communication between foreign energy companies and the Ministry of Oil. The case of the Crescent contract is one example of this: it was established after the mediation of Mehdi Hashemi Rafsanjani and Abbas Yazdanpanah, and then Ali Targhi Jah did the brokerage work in the subsequent additions. Zanganeh, as Minister of Oil, held 10 private meetings with the CEO of Crescent regarding the contract.

Given the current situation and the current ruling of the International Court of Justice, it is highly likely that the legal ruling on the Crescent contract, which will likely be issued in 2023, will be in favor of the UAE. Increasing production from joint fields and exporting gas to neighboring countries was a priority for the Iranian government in the energy sector, but numerous sanctions and high domestic consumption, along with mismanagement, prevented Iran from increasing its regional role.

In the future, lobbying for the conclusion of Iranian oil and gas contracts should be done within a framework of regional cooperation. If Iran and the United States agree on Iran’s nuclear program in the coming months, and sanctions are lifted, Tehran will nonetheless have a difficult time selling gas to new customers in the region. The current situation shows that Iran is not a reliable supplier in the gas market. If the Crescent agreement was implemented, both the volume of trade between Iran and the UAE would increase, and some political tensions between Iran and the UAE would be resolved by creating interdependency. Instead, Iran’s actions have deepened its isolation. Reversing this problem, and expanding Iran’s commercial links with its neighbors, will be a significant challenge for the new government in Tehran. https://gulfif.org/