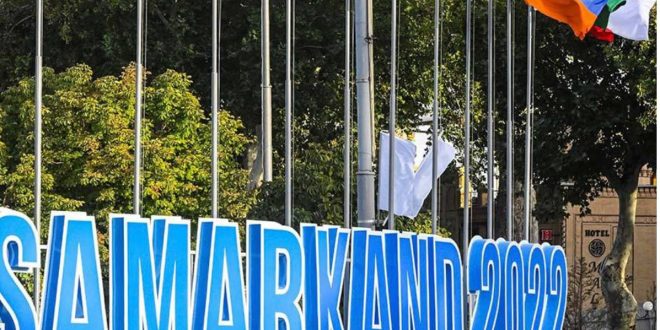 While representing a major symbolic step, finalizing Iranian membership in the Shanghai Pact is not a panacea for the country’s current political, economic, and security challenges.

Before the outbreak of recent mass protests, Iranian leaders were working to ameliorate their country’s international isolation through official membership in the Shanghai Cooperation Organization (SCO). According to the official state news agency, Iranian officials still maintain that officially joining the SCO—which is slated to occur by April 2023—will bring benefits in the economic, commercial, and strategic sectors. Furthermore, from the perspective of the SCO itself, Iran’s political cooperation may be useful for the organization’s relations with the Islamic world. However, considering the impact of international sanctions and other forms of pressure—which have only intensified following Iran’s crackdown on protests—this step may not bring about radical change in the region’s geopolitics.

By 2021, trade between Iran and SCO countries surpassed 651 billion USD, and once Iran formally becomes a member of the SCO, considerable leverage will be created for Tehran, as the country will be better positioned to neutralize Western sanctions without making concessions to the states that imposed them. Additionally, Iran will be able to draw on the capacity of China and Russia to navigate Western pressure. Currently, Iran is awaiting any new developments in the Security Council, yet simultaneously working to finalize a 25-year contract with China and a long-term contract with Russia. Ultimately, in this context, Iran’s official membership in the SCO could enhance regional security and send a message of unity.

There are, however, major challenges that could prevent these benefits from being realized. Iran is not altogether appealing as a transit route due to its deficiencies in modern rail and road networks and lack of port access. Development is possible, but Iran is experiencing difficulties in financing vast upgrades, which will not be mitigated by membership in the SCO. Moreover, neither China (the SCO’s most important member) nor India have invested in Iran as expected. Neither nation seems willing to provoke American backlash, and formal SCO membership is unlikely to change this reality. Although China currently buys Iranian oil exports, it is likely to continue to cap these if Washington insists on imposing sanctions on trade with Iran. Furthermore, given tensions over the Indian role in the development of the Iranian port of Chabahar, India is unlikely to invest more deeply in Iran. Thus, Iran will have greater capacity to finance critically needed development projects only if US sanctions are removed. Overall, despite the existence of high potential in all fields, the trade volume in the current situation is not favorable.

Given the prospect—albeit uncertain—for increased trade between Iran and SCO members, Iran’s neighbors must consider a few possibilities. First, given the current state of economic and military cooperation between Beijing and Tehran, it would be wise for other players in the Middle East to assume that any technology China has is also available to Tehran. The UAE and Saudi Arabia must also be mindful of their own arms agreements with China, which could provoke the suspicion of Israel and the United States. Although Washington, Jerusalem, Riyadh, and Abu Dhabi may have concerns over Iran’s SCO membership, the move could bring these states closer together, thus strengthening ties in the anti-Iran camp.

Iran’s official membership in the SCO has been made possible by active Iranian diplomacy in recent years, but a number of geopolitical roadblocks continue to obstruct the realization of the pact’s promised benefits.