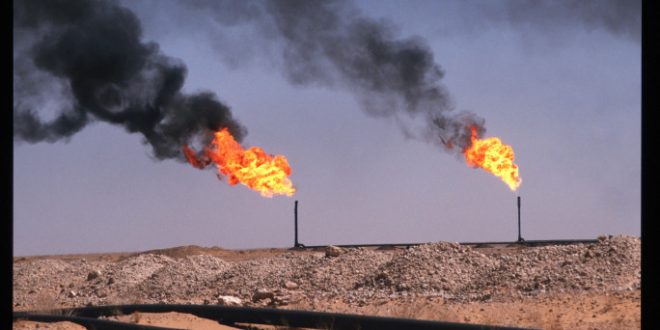 How Algeria is emerging as Europe’s energy partner of choice

Analysis: Algeria has emerged as a strong contender to help Europe end its dependence on Russian energy. But can the North African country meet its growing demand?

The Ukraine war has strengthened Europe’s resolve to reduce its dependence on Russian energy resources. As a result, the position of energy-rich countries in North Africa, especially Algeria and Libya, has been strengthened as key alternatives.

Increasing North Africa’s share of European gas imports – given the proximity to the region and the current pipeline infrastructure – is both economically and logistically reasonable, but it poses serious challenges and unpleasant political questions.

Algeria‘s high energy potential is one of the most important options available to European and Western governments looking to reduce the EU’s dependence on Moscow’s natural gas.

Algeria’s main source of foreign exchange earnings is energy exports, and rising oil and natural gas prices have relatively improved the country’s economic situation. Given that Algeria’s natural gas reserves exceed its oil reserves, the government is trying to provide the necessary financial resources and technology to increase the capacity for production and export of natural gas.

Natural gas extracted from the country’s Hassi R’Mel gas field is transported to Spain via Morocco. The pipeline, which runs through Algeria, Morocco, Spain and Portugal, is known as the Maghreb-Europe Natural Gas Pipeline, but was closed on October 31, 2021 due to the deterioration of diplomatic relations between Morocco and Algeria when Algeria announced that it would not renew the current 25-year contract.

In the wake of the Russian invasion of Ukraine, the Italian Minister of Ecological Transition , Roberto Cingolani, briefed the parliament about the search for an alternative energy supplier. In his statement in the senate, Cingolani said that the amount of natural gas imported by Italy from Russia has increased from 20 billion cubic metres to 29 billion cubic metres in the last 10 years.

According to Cingolani’s statement, Italy still relies on imports for 95 percent of its natural gas needs, of which Russia provides 40 percent. For this reason, Minister Cingolani said that they are still “dependent” on Russia and stated that in the long run it will be necessary to substitute Russian gas for other sources, a sentiment echoed by many other leaders across Europe.

Securing an alternative energy source and reducing dependency on Russia was precisely the goal of the Italian Prime Minister’s ‘energy focused‘ visit to Algeria earlier this month. According to a new agreement, the gas supply from Algeria to Italy will be increased by 9 billion cubic metres, still much less than what Russia provided.

The agreement was signed between Eni and Sonatrach, two powerful energy companies in Italy and Algeria, respectively. In order to be able to fulfil the agreement and increase its natural gas export capacity in the medium-term plan, the government of Algeria intends to increase the extraction coefficient of reservoirs while managing domestic demand.

Among the measures proposed by the Algerian government to achieve these goals are to reevaluate domestic consumption, and to consider adjustments of price and gas subsidies given the high volume and cheap fuel prices.

In the same context, the new agreement between Eni and Sonatrach to pump additional quantities of gas to Turkey allows for a review of prices based on market data for 2022 and 2023.

In the medium term, African countries could partially replace Russian gas in Europe’s energy mix. Once the Nigerian Trans-Saharan Gas Pipeline is complete, Nigeria can export up to 30 billion cubic metres per year to Europe. Additional investment in Nigeria’s gas sector can add more, especially in the form of LNG Nigeria, and in a few years, it can add additional gas exports to Europe.

“Italy and Spain can be the main beneficiaries, but gas can reach neighbouring countries too,” Dr Anas Alhaji, Editorial Advisor of Attaqa, an energy-focused media platform, explained to The New Arab.

Another important factor is the surging domestic demand for gas. Algeria has been extending its gas pipeline grid into remote parts of the country and aiming to increase its petrochemical capacity. When increasing gas reinjection volumes into oil fields are also considered, Algeria might consume more gas at home than it is exporting in the future.

“Unless production growth outpaces demand growth in the future, gas available for exports will become limited, a cause for major concern”

Unless production growth outpaces demand growth in the future, gas available for exports will become limited, a cause for major concern. Moving faster towards renewable energy sources for electricity generation and lowering oil output targets by reducing gas volumes for reinjection to free up more gas to sell may become crucial policy choices in the future. The magnitude of Algerian gas exports in the future will depend on all those factors.

As for the route, Algeria cannot export more gas by pipeline to Spain because the Medgaz pipeline is used in full capacity and the Maghreb-Europe pipeline only has a capacity of 11.5 billion cubic metres per year. This leaves the underutilised Transmed pipeline to Italy through Tunisia, which is currently significantly underutilised.

The recent announcement about a deal to boost gas deliveries from Algeria to Italy suggests the use of the Transmed pipeline, but how much additional gas could be exported through this pipeline will depend on the other dynamics, explained Dr Sobhet Karbuz, a senior non-resident fellow at Bilkent University Energy Policy Research Centre, to The New Arab.

In order to rise to Europe’s energy demand, Algeria is not stopping at its own borders. Rather, in order to enable African gas to be transmitted to Europe, Algeria is going beyond its own gas reserves to establish a trans-Saharan pipeline. Both Algeria and Morocco are competing with their pipeline proposals for the transmission of Nigerian gas to Europe.

Algeria could use this opportunity to assume a leading role in establishing a connection between Africa and Europe and even beyond Europe. However, there are significant challenges that these projects may face, such as the physical distances between the countries, the challenge of establishing agreements with transit countries, the amount of investment needed, and the insecurity of large areas of land.

Gas resources are not an issue, because Algeria’s gas reserves remain largely unexplored. The issue then, will depend on Algeria’s ability to increase its gas production capacity and transportation abilities. Plenty of new discoveries have been reported in the past few years, but most of these discoveries were made in extensively explored mature basins.

For years, Algeria has been trying to revive the foreign investors’ diminishing interest in its hydrocarbons sector. The new hydrocarbons law was designed to improve the attractiveness of investing in the country’s upstream sector, including offshore and unconventional gas.

However, the 51/49 ownership in favour of Sonatrach in upstream projects remains. Since the law came into force, Sonatrach has signed several memorandums of understanding with several major companies for cooperation in upstream activities.

It seems that by increasing imports of natural gas from Algeria and other suppliers, such as Azerbaijan, Italy can minimise the damage from its overwhelming dependence on Russian gas for the next five years.

To secure Europe’s energy future, European companies must invest in infrastructure and oil and gas fields of African countries to increase their production capacity. Europe must provide the conditions for the stability of central governments in Africa to ensure the security of the pipeline.

If European countries were not so dependent on Russian energy resources, they could easily have imposed sanctions on Moscow’s energy industry to stop the military offensive against Ukraine.