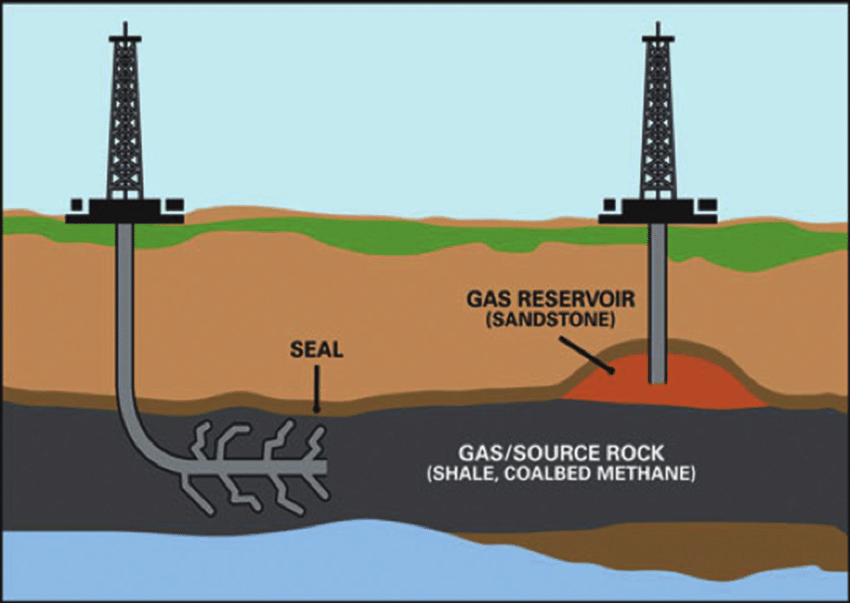 Shale gas has had a major impact on energy prices around the world. Due to Shale gas revolution, US advanced technology and innovation, America’s dependence on foreign energy sources especially the Middle East is decreasing.

The International Energy Agency shall review, in each five-year period, the national energy policy of the Agency member states. The United States is the last country to review and study its National Energy Policy this year. International Energy Agency Director Dr. Fateh Beirut traveled to the United States last week to report on the results of its national policy review. Agency experts have provided solutions for the next five years, reviewing the past five years of the US energy industry.

In 2012 the IEA had predicted that the United States would become the world’s largest oil producer in the wake of the shale gas revolution, overtaking traditional OPEC and non-OPEC producers. During  Fatih Birol visit to Washingotn and his meeting with  US Secretary of Energy Rick Perry, Birol said that the United States had become the world’s largest oil producer even earlier than the agency had predicted. Advanced technology and innovation in the US petroleum industry have greatly helped the country.

Trump’s decision to withdraw from JCPOA has not been made without the opportunity to export more energy. More US LNG exports have always been in the Trump administration’s mind, while sanctions may once again reduce Iran’s oil exports dramatically, the US oil and gas sector unlikely to boost Iran’s share in the market. The chemical specification of Iranian crude oil exported are different from that of American shale oil.

The US uses energy exports, especially LNG, to expand relations with its neighbors and allies around the world. The EU’s energy security and its strong dependence on Russian gas have led the United States to take a special look at the EU’s energy market and to increase its export of LNG along with accelerating the construction of the South Corridor to call for less EU dependence on Russia. The East Asian market, especially South Korea and Japan, which mainly import their gas condensate from Iran, is a good opportunity for US LNG to play a role in South Korea’s energy security. Looking at the state of oil and gas condensate imports from both countries, we become more aware of the role of US LNG in sanctions against Iran.

US Natural Gas and LNG exports

According to the International Energy Agency, US oil exports have more doubled in the last five years. Currently, the United States exports LNG to five countries worldwide. Along with its focus on fossil fuels, it has invested heavily in renewable energy. According to the US Energy Information Administration, it is currently the second largest producer of solar and winds power plants. In the natural gas sector, the IEA predicts that in the next five years more than a third of the world’s gas will be produced in the United States. In the LNG sector, over the next five years, more than 5 percent of LNG production capacity will be allocated to the United States.

Increasing LNG production capacity in the next five years will make the United States the largest LNG producer and exporter. US LNG is expected to be exported to fifty countries by year 2025. This is a serious alarm for traditional oil and gas producers around the world. Currently, the United States produces more oil than Saudi Arabia and Russia, and is also the largest exporter of oil in the world.

Currently, Asian countries are the largest buyers of the Persian Gulf oil and gas and, due to rising demand from Asian countries, especially China and India, the Asian energy market is likely to remain the target market for regional countries. With the increase in the number of natural gas producers in the world, future gas and LNG contracts will not be the same as before, and gas buyers will push for a review of future contracts.

The diversification of gas exporters and LNGs will reduce the dependence of gas prices on oil prices, and will also replace long-term contracts with short-term and flexible contracts. In the LNG sector, Qatar and Australia, as the largest exporter of this product, should be ready to compete with the US. The United States uses energy exports to strengthen relations with its allies. The East Asian market is the US target market for LNG. As LNG production and exports increase, traditional customers are taking advantage of surplus production in the world market and prices are gradually falling.

Rising US oil production, along with declining global demand for oil, will have a direct impact on the economies of major oil-exporting countries, including Saudi Arabia and Russia. Much of the Saudi government’s revenue comes from oil exports. While Saudi Arabia’s emphasis on reducing the role of oil exports in the country’s economy has been emphasized in 2030  plan, until the full achievement of the objectives of document two, the Saudi economy will suffer both from oil price fluctuations and from increased US oil production and export capacity.

The Russian economy is also dependent on energy exports. Increasing US oil and gas production and exports means reducing the share of major energy exporting countries. In addition to the United States, Russia and Saudi Arabia,because of sanctions against Iran oil exports, were able to replace Iran’s share of the world energy market. resolving  problems between Iran and the US, reaching a new agreement and Iran’s return to the world energy market will mean a reduction in their share of the market and increased competition in the energy market.

It is no surprise that the Iranian energy industry has a long way to go to overcome the problems of the sanctions era. But in the medium term, resolving problems  and attracting foreign investment and technology, along with optimizing fuel consumption, may enable Iran to restore I its former place in the energy market. Increasing US oil and gas production would mean increasing LNG exports to Europe. If the necessary infrastructure is provided in European countries and the price of US LNG competes with other major exporting countries, the US product will partially take Russia’s share of the European market, which means reducing Russia’s political influence.

In the coming years, America’s energy independence will change global geopolitics in all areas. It means the Middle East, and especially Saudi Arabia, must have a solid plan to maintain its position in the global oil market alongside the petrochemical market. Some forecasts suggest that as energy independence in the United States grows the country’s interest in Middle East oil resources declines. Of course, this will depend on the importance of oil in US foreign policy. It should be noted that Controlling of energy resources and energy transit routes by other major powers is against US interests Therefore, the United States of America will not be indifferent to developments in the Middle East.