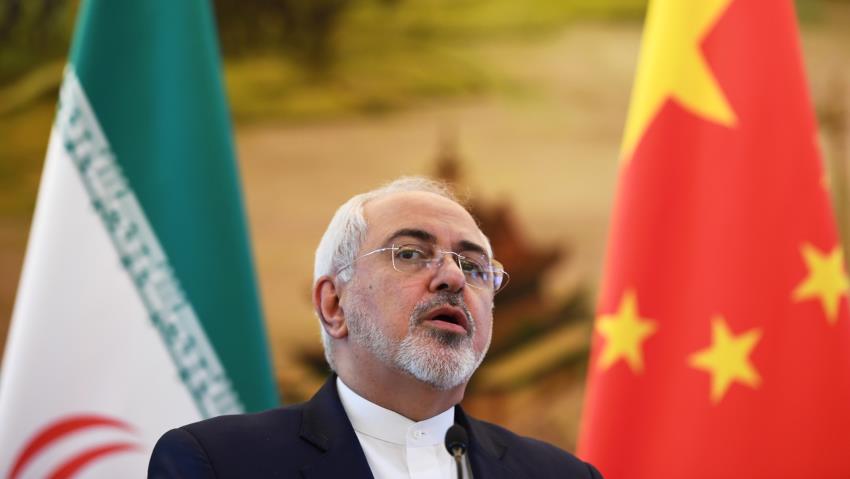 Iran and China first announced a long-term 25-year strategic partnership in 2016, with a draft document of the accord reportedly approved last week.

Cooperation between the two countries will include China’s financial and technological participation in major projects such as highways, railways, oil and gas fields, the tourism industry, information technology and more.

Iran, meanwhile, needs foreign technology and capital to compensate for the gradual decline in its oil production capacity, and the country’s geographical location gives China access to infrastructure and energy resources in the Belt and Road Initiative.

Goals of the strategic partnership

China’s financial outreach beyond its own borders is part of a ‘going out’ strategy to encourage Chinese companies to invest abroad to meet their needs and gain experience in transferring technology to China.

The policy aims to formulate long-term goals based on the principle of interdependence and national interests. A document of cooperation can guarantee the interests of both parties and expand the level of relations. Reciprocity means more productivity in such a relationship.

The outlook for the plan between Iran and China is for officials on both sides to raise relations to the level of a strategic relationship. In fact, the initial agreement on the roadmap, according to media reports, calls for expanding economic cooperation between the two countries to more than $100 billion, but given the sanctions imposed on Iran, the prospect of expanding economic ties is more complex than ever.

Iran and the Belt and Road Initiative

A tense geopolitical environment allows Iran to play an important role in regional security, as well as taking advantage of its geostrategic position in international transit projects. The Belt and Road Initiative is one such project.

The continuation of Tehran’s current foreign policy would prevent it from taking full advantage of this initiative, but it can participate in both parts of China’s new Silk Road project – the Silk Road Economic Belt and the Maritime Silk Road trade routes – which could serve Iran’s political, geostrategic, security and economic interests at a regional level.

During Chinese President Xi Jinping’s visit to Iran in 2016, the two sides announced Iran’s willingness to welcome the Belt and Road Initiative.

With the implementation of this project, China’s role in regional and global calculations would increase. With huge oil and gas resources, Iran has a good geographical position to participate in and benefit from China’s Silk Road project. Iran’s geostrategic position on the Caspian Sea and the Persian Gulf is important to China, and it wants Iran to play a serious role in the project.

China was Iran’s largest trading partner in 2019 and the value of trade between the two countries is estimated at $20 billion. China is also Iran’s largest importer of oil, and the two countries plan to increase trade to $600 billion over the next decade. After the Iran nuclear deal, and following the lifting of international sanctions, China allocated two credit facilities worth $4.2 billion to finance high-speed rail lines and connect Iran’s major cities, including Tehran, Mashhad and Isfahan. The financing of the Mashhad-Tehran electric train project by China could be an important step in completing the Silk Road project.

In light of new US sanctions, however, Iran is unable to play a significant role in China’s energy security, and even if tensions reduce between Tehran and Washington it will not be easy for Iran to gain a share in the Chinese energy market. While Iran may be able to continue oil exports to China, it is likely that Tehran will have to offer special discounts to Beijing and even pay for tanker insurance and the cost of transporting oil in order to maintain and increase its share in the country’s market.

Prior to the US withdrawal from the Iran nuclear deal China was Iran’s major oil customer, purchasing up to a million barrels per day. Procuring energy from reliable sources to fuel China’s growing economy and diversifying energy resources are key principles of Beijing’s national energy policy.

Earlier this year, the United States and China signed a trade agreement to reduce trade disputes, and under the first phase of the agreement the US will export $50 billion worth of oil, Liquefied natural gas (LNG) and coal to China in the medium term. However, the outbreak of the coronavirus and Beijing’s lack of information have raised tensions with the West, especially the United States, and cast doubt on its implementation.

The first phase of the trade agreement between the two countries, if implemented, could increase the US role in China’s energy security and increase competition in China’s energy market. China will not sacrifice its huge trade market with the US for trade with Iran, especially since it has no problem obtaining oil from other countries.

The future of China-Iran relations

The Chinese and Indian energy markets have always been of interest to Saudi Arabia. To be more active in these markets Riyadh has invested in energy infrastructure and offered both countries a special discount. During Saudi Crown Prince Mohammed bin Salman’s visit to China in 2019, the two countries signed a $10 billion energy deal. Under the agreement, Aramco and Chinese NORINCO signed a $10 billion contract to build a refinery and a petrochemical complex in the northeastern Chinese city of Panjin.

In 2019, Saudi oil exports to China rose from 500,000 barrels to 1.7 million barrels per day, according to the US Energy Information Administration. Meanwhile, Riyadh is seeking to use Chinese financial resources and technology to achieve the goals of the Vision 2030 project and reduce its dependence on oil imports, which will increase the role of energy exports in bilateral relations.

Recently, Iran’s need for foreign technology and capital has become more and more apparent. China’s demand for energy resources is a great opportunity for Iran to take advantage of the capital and technology of Chinese companies, albeit after the lifting of US sanctions. Iran needs to pursue a policy of de-escalation to benefit more from foreign investment in China’s market. Resolving problems with the West, although difficult, will allow Iran to build better ties with major emerging powers.

Moreover, the continuation of tensions and competition between Washington and Beijing will also affect the future of Iran-China relations. Given the active presence of Saudi Arabia, Russia and the United States in China’s energy market, Iran will have a difficult time playing an important role in China’s energy security.

If the long-term cooperation document between Iran and China is implemented, Iran can use the financial resources of Chinese companies to finance semi-finished projects. The capital and technology of Chinese companies can be useful in increasing Iran’s oil and gas production capacity and petrochemicals.

But Iran will not have an easy time playing an important role in China’s energy security, and China seems likely to benefit more from this potential partnership. Increasing the investments of Chinese companies, if operational, will increase China’s influence over Iran’s foreign policy, but one should not expect interdependence in relations between the two countries. Moreover, China’s relations with Iran have always been a function of Beijing’s relations with the US.