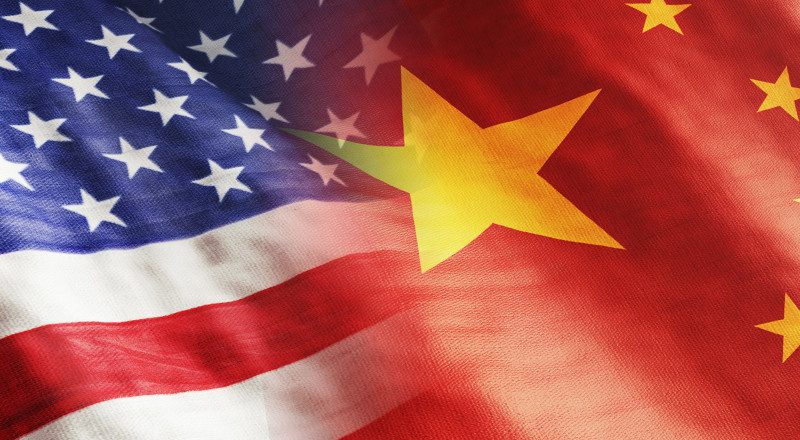 China is self-sufficient in many respects in the old oil industry, but it still needs foreign equipment and imported advanced technologies to extract and explore oil resources. These are China’s weaknesses that need to be addressed. China’s oil industry will not be immune to US-China trade clashes and production and services may come to a standstill at any moment.

Trade war between the United States and China, the world’s two major economic powers, have caused a sharp drop in oil prices in international markets. Concerns about the slowdown in world economic growth and its negative impact on energy demand have been the main cause of falling oil prices.  China is currently importing US crude oil. The US uses energy exports to offset the trade deficit with its trading partners. The United States seeks to boost crude and LNG exports to China. US crude oil is unlikely to contain new Chinese tariffs.

TRADE VOLUME BETWEEN CHINA AND US

The US trade balance with China has increased by more than 3.5 percent over the past year, compared with Trump’s slogan. Increasing Chinese exports to the US have been a concern of the Trump administration, and Trump is using every means to offset his trade deficit with China. Raising tariffs is one of the measures that the Trump administration hopes to use to both offset part of the US trade balance with China and affect economic growth.

DECISION TO HALT US AGRICULTURAL IMPORTS

China has reportedly called on state-owned companies to stop importing agricultural products from the US. The move comes in retaliation for a recent decision by US President Donald Trump to impose a 5 percent tariff on $5 billion in imports from China. The tariff increases are due to apply from September 1 ,2019. China is a major importer of agricultural products from the United States.

Given the current situation, stability in the region benefits China, the rest of the region and other oil customers. The current tensions can only be resolved through negotiation and diplomacy, and any conflict will be to the detriment of regional countries and major oil customers. The increasing tension and confiscation of oil tankers by Iran will make it impossible for Iran to sell oil in the gray market. Petroleum-purchasing countries can solve the problem of seizure of oil tankers by escorting oil tankers, but permanent stability in the region requires resolving current problems.

Iran must solve its problems with the US to play an active role in the energy market. The trade war between the US and China allowed Iran to sell oil to China through the gray market. If tensions persist, China’s active presence in the region will also increase. China’s economic growth, which reached its lowest level in the past five years, caused China’s demand for oil to rise, as China’s economic growth was projected to boost oil demand and an attack on tankers could halt this.

China had protested at the time. It argued that the US move would raise oil prices. At a news conference on April 23, 2019, Chinese Foreign Ministry spokesman Zheng Shuang said the US decision would increase instability in the Middle East and the international energy market, and urged the United States to take a responsible attitude and play a constructive role. Any attempt by Iran to close the Strait of Hormuz is also in conflict with China’s national interests. China does not want the Strait of Hormuz to be controlled by a third country. China’s foreign policy makers believe that given the trade war between the United States, it is likely that the US will use the Strait of Hormuz to control China’s economic growth.

Earlier in June 2019, Donald Trump stressed that China and Japan should protect their oil tankers in the Strait of Hormuz. US officials’ stance on tanker attacks and tanker seizures has shown that the US does not want to lose its hegemony in the Persian Gulf region and does not seek a military confrontation with Iran in the run-up to the presidential election.

The energy field can be a key lever and core of future Iran-China cooperation. It is true that the technology of Chinese companies is not comparable to that of European and American companies at some times, especially in deep waters, but since Iran cannot use the investment of European and American companies, Chinese companies can partially meet Iran’s needs, Iran can increase its production using technology, maintain its share in the world market and increase it if possible.

Due to sanctions on Iran’s oil exports, oil prices were expected to rise, but oil prices did not rise again for Iran’s major oil customers without renewal of the oil exemption. The slowdown in world economic growth in recent months has reduced the demand for oil and consequently reduced prices. Experts believe China’s reaction to recent US tariffs would be an increase in oil imports from Iran. Meryl Lynch, a leading energy expert for CNBC, cited the impact of the US-China trade war on the world oil market, saying oil prices are projected to average $6 for next year, but if China continues to import oil from Iran, or increase oil imports from Iran, the market will see a sharp drop in oil prices.

US sanctions against Iranian oil exports aimed at reducing Iran’s oil exports not only reduced Iran’s oil production and exports but also provided an opportunity for Iran’s rivals in the oil market to gain part of Iran’s share of the world oil market. Failure to extend oil waiver  for Iran’s major oil customers has made the conditions for exporting Iranian oil to the official market tougher. Meanwhile, Iran was able to retain some of its share of the oil market, especially East Asia, by selling oil on the gray market. China imported about 10 million barrels of oil a day, of which 500,000 barrels were supplied from Iran. Imports rose slightly in April as expected by US sanctions but continued to decline in May. Experts say the US State Department has designed the solution because it has few options to punish China.

According US energy administration information, statistics show that China’s oil imports from the US rose to 247,000 barrels a day in May 2019, but recent developments in the two countries’ trade relations have fueled speculation that China will target US oil imports. By 2017, China imported an average of 5,000 barrels of oil a day from Iran. With the US withdrawing from the brink, that figure fell to less than 5,000 barrels a day in some months last year. In recent months, along with the new US tariffs imposed on Chinese products by the Trump administration, there has been a good opportunity to boost Iran’s oil exports to China. As Iran’s oil exports to China decline, US and Saudi Arabia’s crude exports have increased.

Beijing has never stopped buying oil from Iran, even after the lifting of US waiver for Iranian oil buyers in early May. China continues to buy oil from Iran despite the US maximum pressure campaign to zero Iran’s oil exports. It was Iran’s largest buyer of oil before the imposition of sanctions on the Iranian oil exports. China has said it will not abide by US sanctions on Iranian exports, but China’s imports of oil from Iran are much lower than in the past few months.

BRING DOWN THE VALUE OF THE YUAN

China’s attempt to exploit the Yuan in trade with other countries has also made it possible for Iran to continue exporting oil to China through the gray market. China began paying the yuan to Saudi Arabia for oil imports last year to reduce its dependence on the US Dollar for oil trades and reduce its impact on the energy market. Russia and China also seek to increase the share of the two countries’ common currency in trade.

China’s Yuan is trapped in a trade war between Beijing and Washington. Trump has repeatedly accused China of holding down the value of the yuan to help its exporters. The Yuan is not traded freely like other major currencies, such as the dollar and the pound, and the Chinese central bank has imposed a ceiling on the yuan exchange rate, limiting or reducing its value to two percent.

The yuan fell against the dollar on trading in the Shanghai and foreign markets. In China, every dollar is now bought for about 1.5 yuan. Outside China, the value of each yuan against the dollar fell to about 0.7 yuan, the lowest in a year. The weakening Yuan weakens Chinese exports and moderates the impact of US tariffs. But China has good reason not to lower the yuan. The sharp drop in the value of the yuan may lead to capital flight from China and damage its economic stability.

US crude oil is unlikely to be targeted by China’s retaliatory tariffs. However, Chinese refineries have not bought much crude oil from the United States in the past year due to trade disputes between Beijing and Washington and uncertainties over import tariffs. Although crude oil has not been the target of retaliatory tariffs, Chinese traders and refiners have opted not to buy US oil and are no longer willing to sign long-term agreements with US producers to buy oil.

Iran’s main problem in boosting oil exports or becoming an active player in the global energy market is the uncertainty of energy export’s foreign policy position and inactivity of energy diplomacy. Applying a stress-free foreign policy to attract foreign technology and capital along with reducing domestic consumption is another area to consider. Limited opportunities to export oil to a country like China cannot be a concession to Iran. Selling oil on the gray market has its own problems; how to get money for oil sold in this market is also unclear

The US is trying to reduce its trade balance with China in any way, but a comparison of the trade deficit figures of previous years shows that it has not yet achieved its goal. China is not pleased with the US control of energy resources and transit routes. According to Chinese officials, US control of energy transit and energy transit routes could be used in the future to control China’s economic growth, so it has shown a green light to join the US-led coalition for security in the Persian Gulf and the Strait of Hormuz.