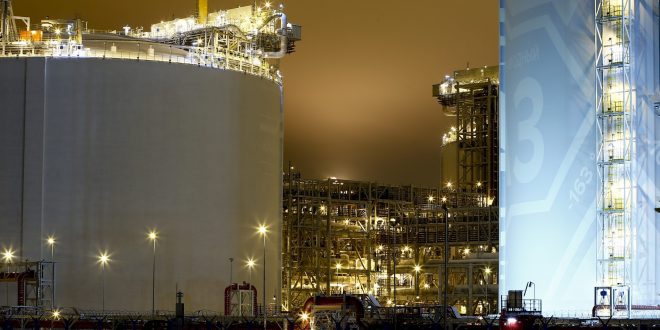 Rising oil prices and the energy crisis have created the conditions for Middle Eastern countries to gradually reduce their dependence on oil and gas exports and focus on a green economy by investing more in the energy transition process.

The energy crisis and Russia‘s invasion of Ukraine, along with the outbreak of the COVID-19 pandemic, have become major challenges for the global energy market. The price of oil and natural gas has recently reached its highest level in several years, and the price of electricity has reached its highest level as Europe and Asia grapple with widespread energy shortages. It was reported in the monthly published by The International Energy Agency (IEA) in its short-term energy outlook that “Unprecedented coal and gas prices and repeated blackouts are causing the electricity and energy-intensive industries to turn to oil in order to prevent them from shutting down.” Hence, investment in renewable energy must triple by the end of this decade if the world is to fight climate change effectively.

In 2018, during the Trump administration, the United States imposed many sanctions on the Nord Stream 2 project. US former Deputy Assistant Secretary of Energy, Dan Brouillette announced talks between Washington and Doha to increase Qatar’s energy exports to Europe to reduce the European Union’s dependence on Russian gas. Under Trump, the United States has repeatedly called on Germany and other European countries to gradually reduce their share of Europe’s gas basket by increasing gas imports from Qatar and the United States instead of Russian gas.

Despite efforts by the Biden administration and the European Union to find alternatives to Russian natural gas, in the short term-run, there is no immediate alternative to Russian gas. Iran, with the world’s second largest natural gas reserves, was considered one of Russia’s alternatives in the European energy market. Iran holds the potential to become an LNG exporter in the short term by investing in the energy sector, but the construction of the LNG facilities, which began during the time of Mahmoud Ahmadinejad, is gradually deteriorating and all foreign companies have abandoned due to sanctions. The export of natural gas has been one of the most important programs of Zanganeh during the 15 years of the Ministry of Oil. According to the Mehr news agency, despite their $2.5-billion investment, the Iran LNG project is under the sun and its facilities are being gradually destroyed due to the lack of an expert technical study. Given the continuing problems of Iran’s oil and gas industry and the regime’s tense foreign policy, one should not expect Europe to open a serious account for natural gas supply to Iran in the short and medium terms. Despite claims by the Iranian government, importing gas from Iran has not been a priority for the European Union.

At present, Algeria and Libya can increase their natural gas export capacities to Europe through existing pipelines. Given the importance of Algeria’s energy resources, most European energy security experts have warned of the need to provide the infrastructure needed to increase the country’s natural gas exports to Europe. Given its high potential, Algeria is one of the most important options available to reduce the EU’s dependence on Moscow’s natural gas. Algeria’s main source of foreign exchange earnings is its export of energy. Thus, rising oil and natural gas prices have improved the country’s economic situation. Given that Algeria’s reserves of natural gas are more than those of oil, the Algerian government, under its strategy called Algeria’s National Vision 2030, is to provide the necessary financial resources and technology to increase the capacity to produce and export natural gas. To increase the natural gas export capacity in the medium term, the country intends to manage the increase in the coefficient of extraction from reservoirs while managing domestic demand. Among the measures taken by the Algerian government to achieve these goals are domestic demand management, price adjustment, and adjustment of gas subsidies due to its high volume and cheap fuel prices. The financial and technological resources of European and American companies can play a key role in solving the problem of Algerian energy infrastructure. In 2021, the amount of gas transported from Africa to Europe via pipelines was approximately 50 billion cubic meters. This is less than the capacity of the Nord Stream 1 pipeline, which is the only Russian pipeline that transports natural gas to Europe. It should be noted that the Nord Stream 2 pipeline is also ready for operation, and with the issuance of legal permits in Germany, Russia’s share in the European energy market will increase again.

Due to the energy infrastructure and gas production capacity of the Middle East countries, the EU cannot expect to receive more natural gas from the region in the short run.

Iran, which has not been able to export natural gas to Europe for at least a decade, will not be able to finance itself without a new nuclear deal. Iran needs to absorb the necessary technology to increase the direction of oil and natural gas production. If the domestic consumption trend continues and Iran does not attract foreign capital, it will face an energy crisis. In terms of oil, the countries of the region, especially the UAE and Saudi Arabia, can easily send more oil to the market and stabilize the situation. The UAE ambassador to Washington announced the UAE’s efforts to encourage OPEC members to increase production at next month’s OPEC meeting. Oil prices plummeted following an interview with the UAE ambassador to Washington. Saudi Arabia and the UAE are working to stabilize the oil market for their national interests. The importance of the influence of these countries among OPEC members is such that Biden has repeatedly asked them to increase oil production since September last year, and they were met with a negative response.

Rising oil prices and the energy crisis have created the conditions for Middle Eastern countries to gradually reduce their dependence on oil and gas exports and focus on a green economy by investing more in the energy transition process. The increase in the price of gold once again showed that Saudi Arabia and the UAE, along with Iraq, can help stabilize the market by increasing the production of gold. The energy crisis has shown that the Middle East still has a vital role to play in the global energy market and will continue to play an important role in the next decade. Russia’s invasion of Ukraine will shift the balance of power in the region, and energy-producing countries in the new power balance in the region will seek to make greater use of energy exports as tools of power in international relations and the global energy market. The natural gas crisis in Europe has shown that Middle Eastern countries need to make more use of European companies’ financial and technological resources to increase production capacity, so that both oil and gas production capacity can increase and European countries can gradually become dependent on Russian energy resources through long-term contracts. The reduction of the diversification of energy resources and sales markets will henceforth be more focused on oil-producing and consuming countries. If the energy transition process in the Middle East is not addressed, these countries will face many crises in the coming decades. https://menaaffairs.com/