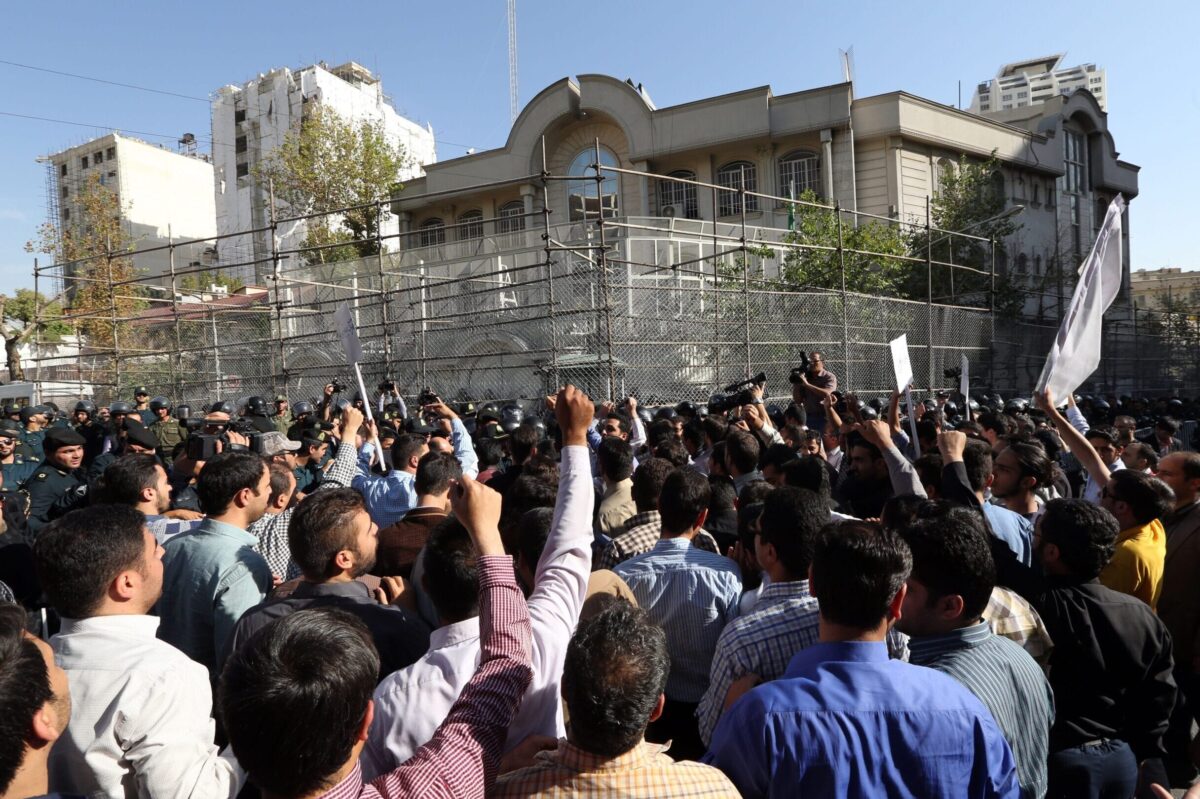 Relations between Iran and Saudi Arabia have been strained in recent years. Both countries pursue conflicting interests in particular issues in the region with a specific ideology in foreign policy. The two countries are rivals not only in the Islamic world and the region, but also in OPEC and the energy market due to their vast oil resources. With active energy diplomacy, Saudi Arabia will continue to be an effective and key factor in the energy market.

Following the attack on the Saudi Embassy in Tehran six years ago, Riyadh severed ties with Iran. For historical, geopolitical and economic reasons, the Middle East has always been the arena of presence and influence of great powers. Regional order and relations between actors have been highly influenced by international trends and competition between great powers, presenting one of the main challenges in Iran-Saudi relations.

Given the impact of sanctions on Iran’s economy, de-escalation has significant economic benefits for Iran. Currently, about 20 per cent of Iran’s exports are in non-energy industries, and Iran can use the region’s capacity to develop its industries. Similarly, the Persian Gulf countries can benefit from Iran’s market of 80 million inhabitants. Since the return of US sanctions and the dispute with the Europeans over the Joint Comprehensive Plan of Action (JCPOA), Javad Zarif and officials of the Ministry of Foreign Affairs and the Iranian government have repeatedly stressed the importance of relations with neighbours. Iranian President Hassan Rouhani also presented the “Hormuz Peace Initiative” in his speech to the United Nations (UN) General Assembly.

From Iran’s point of view, the tensions between the two countries are rooted in issues such as the interference of supra-regional powers in the internal and external affairs of countries in the region, Iran’s exclusion from the dialogue process on regional issues and Saudi Arabia’s historical hostility based on identity and sectarianism. On the other side of the field, Saudi Arabia, especially during the reign of Crown Prince Mohammed Bin Salman, has looked at Iran with pessimism, and because of the illusion of hostility to Iran, has seen any Iranian power-seeking in the region to its detriment. In line with this hostile approach, Riyadh denies the role of Iran’s stabilisation in the Middle East, especially on the issue of Iran’s nuclear programme, as well as highlighting the Shia element in light of the recent Arab Spring developments.

During the presidency of Akbar Hashemi Rafsanjani, the leaders of the two countries met on the sidelines of official foreign ceremonies and Hashemi is referred to as the “original architect of relations between the two countries.” However, Mohammad Khatami’s presidency is still the culmination of bilateral relations. Critics of Iran accuse it of trying to infiltrate the region by creating a “Shia crescent” against Sunni countries in the region. In addition to Iran’s influence in Lebanon and on Hezbollah, recent developments in Bahrain, Syria, Iraq and Yemen have raised Saudi concerns about strengthening Iran’s regional power. Support for Bashar Al-Assad in the civil war has indirectly plunged Iran into a war with Sunni militias. On the other side, Qatar and Iraq have played an active role in the start of negotiations between Iran and Saudi Arabia.

The Financial Times reported that secret talks between Iranian and Saudi officials had taken place in Baghdad to discuss differences between the two sides, including the war in Yemen and Iranian-backed groups in Iraq. The New York Times added that an advisor to the Iranian government, speaking on condition of anonymity, said that Khalid Al-Humaidan, head of the Saudi Intelligence and Security Agency, and Saeed Iravani, deputy secretary-general of the Supreme National Security Council, were involved in the talks. They are looking for a solution to the conflict in Yemen, provided that the Houthis play a role in the division of power. In addition, Iran is urging Saudi Arabia to stop its efforts against pro-Iranian groups in Iraq and Syria. Iran also wants Saudi Arabia to stop pushing for sanctions against Iran and to refrain from normalising relations with Israel.

Last month, Bin Salman confirmed that he wants to foster good relations with neighbouring Iran. The remarks come amid recent reports of direct talks between “senior” officials in Iran and Saudi Arabia to improve relations between the two countries. The talks, which took place in Baghdad, seem to be the first major political dialogue between the two countries since 2016.

Iraqi President Barham Salih said that his country has recently hosted direct talks between Saudi Arabia and Iran more than once. This is the first public acknowledgement of Baghdad’s role as mediator. The first round of discussions between Riyadh and Tehran took place early last month. He described the ongoing contacts between Saudi Arabia and Iran as “important and significant”. It is time for an Iraqi official to publicly approve the talks, however, Saleh did not elaborate when asked about the outcome of the negotiations. Hosting the talks was seen as an important step for Baghdad, which sought to act as mediator, and it is essential for Iraq to play a proper role among these regional actors.

With the gradual rise in oil prices and the return of stability to the market, major oil and gas producing countries can hope to improve their economic situations. Saudi Arabia intends to accelerate the implementation of Vision 2030 as of this year. Continued tensions in the region will cause problems and challenges in the implementation of important projects and development programmes of the countries. The crisis in Yemen, in which Iran and Saudi Arabia support various groups, has caused great political, security and economic costs to the countries involved. The normalisation of Iran-Saudi Arabia relations can largely lead to a solution to the Yemeni crisis. Despite the stability in the region, the energy infrastructures of the countries and the security of the energy field will not face any problems. Iran and Saudi Arabia can cooperate in rebuilding Yemen and the post-crisis period.

It should not be expected that all the problems of Iran and Saudi Arabia will be resolved in the current negotiations, but the two countries can focus on political and economic development by reducing the scope of tensions. Continued support for ethnic and religious minorities in the region can still increase tensions between the two countries. A possible Iran-US agreement is a good opportunity for Iran to rebuild the poor economic conditions created by US sanctions. Iran should try to resolve tensions with its neighbours after a possible agreement by reviewing its foreign policy to provide conditions for attracting technology and foreign capital for all projects in all its economic-industrial sectors.

With the continuation of a missile and nuclear programme and foreign policy, tensions could lead to a return to sanctions. As an essential player in the energy market, Saudi Arabia can increase its economic and political influence by focusing on economic development and the successful implementation of the 2030 document. Given the impact of sanctions on the Iran-Saudi energy industry, it will continue to have better conditions in the energy market in the medium term and can continue to plan energy transitions and reduce the share of fossil fuels in its economy.

The views expressed in this article belong to the author and do not necessarily reflect the editorial policy of Middle East Monitor.