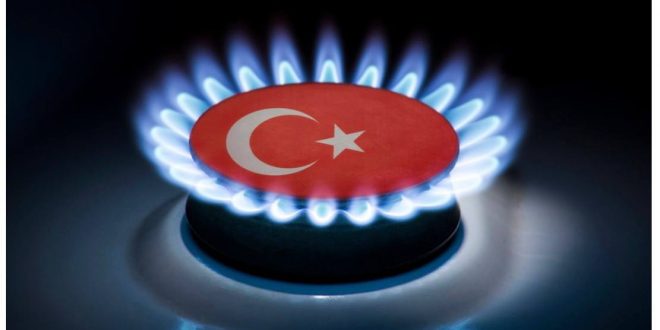 ‌‌Becoming one of the countries with richest energy resources, Turkey can easily meet its domestic needs and play the role of Europe’s natural energy bridge as the European Union is one of the world’s top energy consumer. The discovery of new natural gas resources by Turkey in the Black Sea, which was announced in August 2020 and June 2021, raised some concerns over Turkey’s energy security, which includes the possible future of Turkish gas imports from Russia and Iran, as well as the new geopolitical framework of energy in the Black Sea. There is consistency between the results reported in some studies[1] that Turkey’s energy policy both reduces the imports of energy resources and increases the stability of the system in terms of financial and environmental aspects. Sustainable sources of energy, such as renewable energy facilities, are needed to establish sustainability that does not have harmful effects on the environment or society. To meet the energy demand in future, Turkey should establish a systematic hydrogen energy market; hence, there must be incentives to invest in the production of hydrogen from the Black Sea. In addition, energy, and environmental policies regarding the cost of external energy, including air quality and global climate change, need to be established.[2]

One of the goals outlined in the 2019-2023 Strategic Plan of MENR was an increase in the domestic energy production and diversification for the promotion of the security of energy supply. Priority is given to producing oil owing to the low share that domestic oil production has in consumption. Likewise, Turkey has never had a bright history in terms of its natural gas production; considering the gas demand, its ability to satisfy it was even below 2 percent.[3]

According to Prof. Dr. Hasan Sözbilir, natural gas exploration works in the Black Sea started with shallow drilling in 1970. It continued in the form of deep drillings in the 1990s and 2000s. In other words, the discovery of natural gas emerged with the 50-year studies of geology and geophysics engineers working at TPAO.[4] The announced discovery of gas in the Black Sea (Sakarya gas field) in August 2020 by TPAO was the largest gas discovery Turkey has ever witnessed.[5]

Another thread of the Turkish energy strategy is the effort to improve both the predictability and transparency of its pricing, as well as the liberalization of its energy markets. After some work carried out to privatize and liberalize the electricity market in 2001, the production, distribution and supply of electricity were handed over to private companies. However, currently, both private and state-owned companies are carrying out these services. One initiative that was made to pave the way to the liberalization of the electricity and gas markets was the establishment of EXIST (Energy Exchange Istanbul) in March 2015 to replace TEİAŞ (Turkish Electricity Transmission Corporation), which had been responsible for operating the wholesale electricity markets since 2009. Hence, wholesale electricity markets and a wholesale gas trading platform have been led by EXIST since the years 2015 and September 2018, respectively.[6]

As new gas sources are discovered, Turkey will be able to negotiate LNG import contracts on its own terms in the future. This discovery will enable Turkey to have options in the future. It will give Turkey an additional advantage in negotiations for new supply contracts for the gas pipelines with Russia, Azerbaijan, and Iran. Turkey will still benefit from the expiration of existing liquefied natural gas (LNG) contracts with Algeria and Nigeria in the next few years. Turkey’s extended contract with Algeria, which meets 38 percent of LNG imports, expires in 2024. The agreement with Nigeria, the second largest LNG supplier for Turkey, will expire in 2021 and has not yet been extended.[9]

There is a lot of publicity in some media about the economic and political effects of the discovery of new gas resources in the Black Sea for Turkey. Some energy experts believe that a more accurate assessment of the cost and the technology required to extract these resources should be made. In his speech to DW Türkçe, the Head of the Chamber of Petrol Engineers and Energy Policies, Necdet Pamir, said that even if it were at a small scale, any natural gas discovery in Turkey was of great importance in terms of economic value and security. According to economists, this target is not realistic. Economist Mustafa Sönmez makes an evaluation and states that Germany, Japan, and China can be listed among countries with a current surplus, but even Russia, which is an energy exporting country, does not have a current surplus and the same goes for Iran. Talking to DW Türkçe, He adds that it is not possible to take this discourse seriously from a scientific standpoint, but rather, as a show that contains propaganda elements. What is more, there has not been any positive mobility in the market.[11] Investment in a low carbon and resilient future has numerous benefits: mobilization of local resources, a stronger energy supply security, a more balanced trade, new areas of economic activities, increased employment, and improvement in the quality of the environment. Hakman, who pointed to the importance of stable and sustainable growth, referred to the report and stated that the world should not be destined to a high carbon future for the sake of development in economy and productivity.[12]

As mentioned, reviewing the newly discovered gas field seems practically difficult in the short term. Energy-supplying countries and Turkey itself are aware of it. In the short term, changes in Turkey’s energy imports and contracts seem unlikely due to economic disadvantages deriving from the Covid-19 pandemic and falling oil and gas prices, and most importantly the high cost of deep-water exploration and extraction. In the long run, the changing global economy and rising oil prices could make gas extraction from the field a viable option, which is projected to meet Turkey’s needs for some time. In addition to the discovered gas field, it is possible that other gas and oil fields in the Black Sea and the Mediterranean will be available to Turkey, and this could exacerbate tensions in the Mediterranean. For reasons such as the economic crisis caused by Covid-19 and Turkey’s lack of experience in deep water drilling, a gas discovery could more directly affect the Turkish domestic policy than the Turkish economy over the short and medium term.Foreign policy-wise, we cannot envisage a huge change in Turkey’s energy supply and needs in the short or medium term, and the fundamental change in Turkey’s relationship with its energy suppliers can only occur if new fields are discovered in the long run.  http://turkishpolicy.com/ 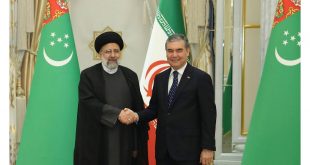