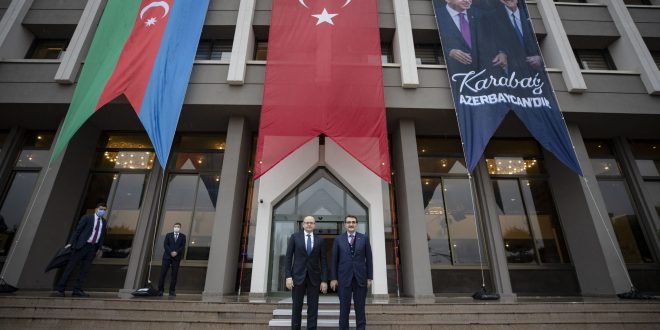 The geopolitics of the Iğdir-Nakhchivan natural gas pipeline

Geopolitics in Transcaucasia have been influenced by several regional developments, ultimately having an impact on the trilateral Iranian-Azerbaijani-Turkish relations within the context of energy transport to the Autonomous Republic of Nakhchivan.

With its vast oil and gas resources in the Caspian Sea, Azerbaijan has no problem supplying the oil and gas it needs, yet the supply of energy required by the Autonomous Republic of Nakhchivan has always been a concern for Azerbaijani authorities. Nakhchivan has no territorial or geographical connection with the main body of the Republic of Azerbaijan, so it needs to use Iran’s energy infrastructure to transport gas to Nakhchivan, as Iran was one of Azerbaijan’s options for supplying gas to the region.

In recent years, Turkey has invested heavily in its energy infrastructure to become a transit hub and energy “hub” in the medium term. Azerbaijan plays an important role in Turkey’s energy security and became Turkey’s largest natural gas supplier for the first time in May 2021. Turkey welcomes pipelines that pass through its territory and enjoys both the right of transit and the geopolitical benefits of oil and gas pipelines, such as the Baku-Tbilisi-Ceyhan oil pipeline. With the official opening of the Trans Adriatic Pipeline and the second TurkStream project in the coming months, Turkey will be able to play a role in the EU’s energy security, as well as enjoy the right of transit and the geopolitical interests of these pipelines. Turkey’s National Gas Company, Botas, has submitted auctions to the Nakhchivan Autonomous Republic for the construction of the Iğdir natural gas pipeline, and Turkish and foreign companies have submitted bids for the construction. The auction will last until the end of June and the 82-kilometer pipeline must be built within nine months. A memorandum of understanding for the construction of this pipeline was signed between the Turkish company Botas and the State Oil Company of Azerbaijan (SOCAR) in 2010.

Due to the gas competition between Iran and Turkey for gas swaps to Nakhchivan, Turkey held a tender for the Iğdir-Nakhchivan pipeline project. Because Azerbaijan does not have a common border with Nakhchivan, which is an autonomous republic, Azerbaijan signed a 20-year agreement with Iran in 2004 to supply energy resources to Nakhchivan. Via this agreement, which started to be implemented in 2005, Iran has been able to swap some gas to Nakhchivan. In this contract, 350 million cubic meters of gas with Nakhchivan was equivalent to one million cubic meters of swap per day by Iran. As outlined in this agreement, the Iranian gas swap deducts 15% of Azerbaijan’s gas exports as a transfer fee. The deal is valid for another five years, but in recent years, Turkey has come into the picture with its plans to diversify its gas import sources. It is becoming a gas hub in the region. In this regard, one of the projects of Turkey is to replace Iran in the Nakhchivan gas swap.

Nakhchivan’s dependence on Iran has always been a concern for the Republic of Azerbaijan in recent years. However, while all of Iran’s neighbors closed their borders to Iran due to the soaring number of COVID-19 cases in Iran, Azerbaijan did not or could not do so. Many experts attribute this to Nakhchivan’s dependence on Iran. By not closing its borders, Azerbaijan incurred heavy costs. A high number of suspected coroners are currently hospitalized in Azerbaijan-Iran border hospitals. Hence, Turkey closed its border with Nakhchivan in an unprecedented move, while Georgia has suspended border crossings with Azerbaijan. In other words, Nakhchivan’s dependence on Iran led to Azerbaijan’s isolation from its neighbors, especially its closest ally, Turkey. Some political experts point to the development of Ankara-Baku relations in the field of energy, as well as to the passage of Russian gas through Turkey and the supply of most of Turkey’s gas needs from Russia, both deriving from geographical proximity and competition. Liquid natural gas from Qatar has also been provided to Turkey at a reasonable price, recalling the US’ demand to supply part of Turkey’s natural gas needs with liquefied natural gas.

Azerbaijan and Turkey’s collaboration in the victory of Karabakh in a short period of 42 days has opened up a new page in the region. With further advancements in the project referred to as Energy’s Silk Road, it has been established once again that Turkey is a strategic and effective power in the region, both politically and economically. Hence, Turkey’s significance for Europe, The Middle East and Caucasia in terms of commerce and logistics has increased via the Independent Republic of Nakhchivan, which is a crucial and strategic corridor for Turkey.

The Nakhchivan corridor: New prospects and greater cooperation in the region

The recently signed agreement for the establishment of a corridor between Azerbaijan and its Nakhchivan exclave has enabled the states in the region to gain momentum and is highly likely to result in profound potential changes in regional balances, particularly if the corridor functions further as an economic and trade route on the west-east axis for the Azerbaijani people. This corridor connects not only Azerbaijan and Nakhchivan, but also Turkey and Azerbaijan.

It was in a peace agreement signed on November 9 that the Southern Gas Corridor was established. Based on this agreement, not only did Azerbaijan regain a significant part of Nagorno-Karabakh, but it also handed over all the land Armenia had occupied outside Nagorno-Karabakh. Armenia, by this agreement, also had to commit itself to safeguarding the transport routes extending from the western regions of the Republic of Azerbaijan to the Nakhchivan Autonomous Republic. On the other hand, the new railway would benefit both Nakhchivan and Turkey by enhancing the economy of the former and establishing a direct connection between the Caspian Basin and the latter. It is likely that this connection to the Caspian Basin will be utilized by Beijing as well, as reported by some Turkish analysts. However, the reconstruction of the route between Kars and Baku through Nakhchivan could cost more than $430 million, as reported in a study conducted in 2014 by International Alert, which is an international peacebuilding organization. Moreover, the potential of the corridor to create profound changes in the geopolitical arena could be restricted by Russia’s oversight of the corridor after it is built.

Officials in Baku and Ankara have repeatedly stated that Azerbaijan and Turkey are one nation in two states. Azerbaijan is strategically defined as the most important strategic ally of Turkey. The Nagorno-Karabakh war provided an opportunity to prove this strategy. The economic considerations of both sides, Turkey’s fundamental policy based on gaining the main position in energy transfer in the Caucasus, Central Asia and Russia, the support of the West for this position and, most importantly, Turkey’s pragmatic view of regional and international relations that has been interest-driven.

Special attention should be paid to the geopolitical economy, especially to the connection between regions. Tehran’s position after the recent war will be affected by economic geography. Iran has pursued a port and rail development strategy that is now part of a larger initiative that makes the country an intermediary between India, China, and Russia. The Eurasian Economic Union is important for the South Caucasus, and for Iran, Azerbaijan is important for transit routes in the North-South Economic Corridor, which runs from the Indian Ocean to the Baltic ports. Russia’s efforts to revive the Soviet-era railway could be of great benefit to Tehran as it would expand trade relations with the region and Russia. In addition to political goals and issues, the Nagorno-Karabakh war also had economic implications for those countries that seek to play a role in the South Caucasus region due to its geopolitical position.

The establishment of a corridor from the Republic of Azerbaijan (Nakhchivan) is an important issue that should not be ignored simply because this route creates a new route for energy transfer to Europe. Turkey’s efforts to take advantage of its geographical location to play a significant role in regional energy security and increase political and economic influence in the region have an important place in Turkish foreign policy. The second capture of Nagorno-Karabakh, Turkey’s support for Azerbaijan and the presence of Bayraktar TB2 drones, which played an important role in Azerbaijan’s military superiority in this war, will naturally have political and economic benefits for Turkey in the region.

Developments in the energy market, especially in the post-COVID-19 era, show that energy-producing countries are using all available tools to maintain their share of the regional and global market. Increasing energy exports, along with an increase in foreign exchange earnings and an improvement in the economic situation, provide energy-producing countries with the opportunity to play a role in regional peace and security by establishing interdependence. This is also what the Iranian diplomatic apparatus should be considering.

The Nakhchivan-Iğdir pipeline will also increase the level of cooperation between the two countries in the energy sector, and by cutting the dependence of Azerbaijan and Nakhchivan on Iranian gas, it will reduce Iran’s role in regional equations. By using the new corridor, Turkey can enjoy the geopolitical benefits of this corridor in the post-coronavirus pandemic era, as by cutting off its dependence on Iranian natural gas, Turkey will gain geopolitical superiority in competing with Iran in the region. This pipeline will also be of economic benefit to Turkey as the financial resources for this project will be easily provided by Azerbaijan. Finally, this pipeline does not pose any security issues and can thus be used at any given time. 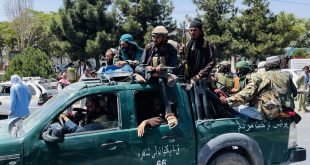 The countries of the region should not be indifferent to the events in Afghanistan, considering …