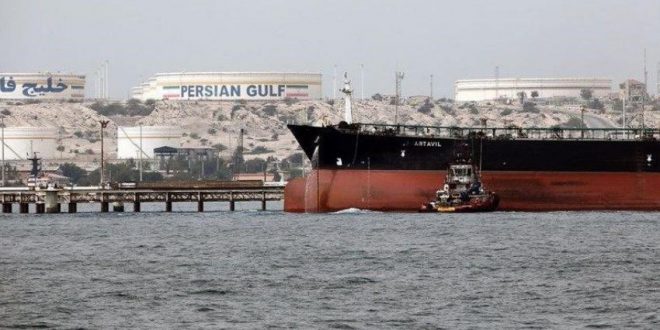 Utilizing energy exports as a political tool in foreign policy and making fuel shipments to allies to help enhance their security have been of interest to Iran in recent years. Lebanon is a case in point as Iran and its proxy, the Hezbollah, have tried to use fuel as a political weapon.

The Lebanese fuel crisis(link is external) is largely a symptom of its unprecedented economic crisis as the small country is virtually on the verge of bankruptcy.

In August Iranian media reported the departure of an Iranian fuel ship to Lebanon. In the past, part of the cargo of Iranian ships carrying fuel to Syria went from Latakia to parts of Lebanon(link is external), and a number of these ships were attacked by Israel. Hezbollah’s Secretary-General Hassan Nasrallah claimed that the Iranian fuel shipments were paid for by a group of Lebanese Shiite businessmen and are considered their property from the moment of loading.

The Lebanese government which controls gasoline imports and distribution is broke and has been unable to buy enough fuel in recent months, so Iran has sought to send fuel to help Hezbollah to maintain its influence and boost its own image. Iranian Foreign Ministry spokesman Saeed Khatibzadeh(link is external) described the Lebanese people as “proud and rich” when he spoke about sending fuel. “We certainly cannot see the suffering planned against the Lebanese people.” Khatibzadeh said in a weekly news conference, adding that normal trade in energy was a “sovereign decision”.

“The second tanker will arrive in a few days and other tankers will be sent after that,” Nasrallah said of receiving fuel from Iran. However, TankerTrackers.com has found that as of September 1(link is external), the second and third tankers have not yet left Iranian territory. This is not to mention that on September 2, Iranian and pro-Hezbollah media reported that the first Iranian tanker carrying fuel for Lebanon entered Syrian territorial waters on Wednesday. But TankerTrackers.com disputed these reports as well(link is external), suggesting that it was only supposed to reach the Suez Canal anchorage on September 4. This was likely timed to coincide with US lawmakers’ visit to Lebanon on September 1.

During this visit, US Senator Richard Blumenthal (D-CT) warned that Hezbollah is a “malignant cancerous terrorist organization” and that the legislators were troubled “about maligned Iranian influence particularly in providing fuel.”

Lebanon Energy Crisis and the US Proposal

The US(link is external) plan to connect Lebanon’s electricity and gas networks to Jordan and Egypt, which has recently been put forward after the announcement of the deployment of Iranian oil tankers to Lebanon, needs Syria’s approval. Lebanon stressed that the US government had decided to help Lebanon build a pipeline from Jordan through Syria so that it could import gas from Egypt. The Arabian gas pipeline runs from Egypt to Jordan and from there to Syria and from Homs to Deir Ammar in northern Lebanon.

However, there are two issues(link is external) to take into consideration. Having been damaged during conflicts, the pipeline on the Syrian territory is not in good condition. Moreover, even if rapid recovery work could enable Lebanon to meet its essential fuel needs this does not mean that it could completely solve its problems in the power sector. A weak and divided government easily influenced by foreign actors would hardly be able to implement a comprehensive energy strategy.

Sending fuel tankers to Lebanon to help the country’s energy security will have geopolitical implications for Iran. The move is a challenge to US sanctions as Hezbollah is listed as a terrorist organization. This is not to mention the propaganda victory Tehran and Hezbollah would reap by the importation of fuel—with Iran playing savior and Hezbollah being able to bolster its support base.

Moreover, The Lebanese daily Al-Akhbar reported on September 2 that Hezbollah will sell most of the Iranian fuel to the private sector. It means the militant organization stands to reap large profits, which is another way for Iran to send money to Hezbollah in the face of US sanctions.

Iran uses various methods to bypass sanctions. It is expected that powerful groups like the Islamic Revolutionary Guard Corps (IRGC) use their influence to bypass sanctions, sell illicit oil and make hefty profits. Although Hezbollah says “Lebanese merchants” have paid for the Iranian fuel, this cannot be verified, but even if payment was made, no one knows who received the money in Iran.

In the end, Iran exporting fuel to Lebanon has geopolitical and propaganda benefits. It increases the reliance of the Lebanese state on Tehran and at the same time allows its Axis of Resistance to claim victory—bolstering its support among its Lebanese support base in the process.