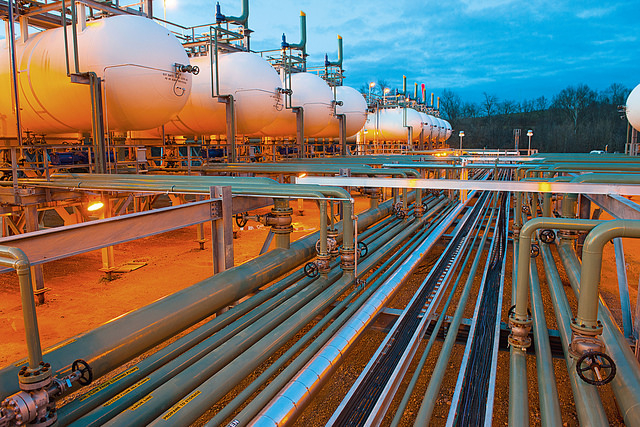 The Future of Iran-Pakistan Energy Relations

The Future of Iran-Pakistan Energy Relations

In 2011, however, due to U.S. pressure, India withdrew its support for the Peace Pipeline. This was bad news for Iran, which hoped that the pipeline would help develop and expand its friendship and cooperation in the region. Nevertheless, Iran completed the required pipeline to deliver natural gas from South Pars to the Iran-Pakistan border by December 2014. But Islamabad has not taken any practical steps to keep to its end of the deal.

Pakistan’s former Ministry of Foreign Affairs spokesman has stated that in order to achieve long-term goals of regional stability, Pakistan’s national interest require new energy transit projects. Pakistan supports the economic strengthening of the region and has stated that the energy and energy sectors are important factors in realizing regional political and economic goals. But it has increasingly looked to places other than Iran to develop these resources.

One of Pakistan’s alternatives to diversifying energy resource is the TAPI project, a U.S.-backed rival to the Peace Pipeline proposed back in 1990 to deliver Turkmen natural gas to India via Afghanistan and Pakistan. India joined the project in 2008. The leaders of the four countries signed an implementation contract in December 2015, and practical work finally began in 2016. The first gas will start to flow in early 2020. The project will cost an estimated $7-9 billion and will transfer 90 million cubic meters of gas per day to these countries.

Liquified natural gas (LNG) now forms 50 percent of Pakistan’s energy basket, and this will increase in coming years due to Pakistan’s new agreements with LNG suppliers. In February 2015, Pakistan signed a $21 billion deal to buy 500 million cubic feet of gas a day from Qatar. The arrival of Qatari gas will alleviate but not solve Pakistan’s energy crisis. So, Pakistan is looking elsewhere. Because of the shale gas revolution, the United States became an energy exporter by 2017 and plans to send about 3 million cubic feet to Pakistan. The Russian energy giant Gazprom is also considering the possibility of supplying 5-7 million tons of LNG annually to Pakistan. In July 2014, Pakistan and Gazprom signed an agreement to construct three LNG terminals, and the first shipment arrived in July 2015. Pakistan and Azerbaijan also signed deals in 2016 for the latter to supply electricity, crude and refined oil products, and both LNG and liquefied petroleum gas (LPG). The Azerbaijani state oil company SOCAR will begin delivering LNG to Pakistan in the coming months.

At present, Pakistan lacks 4,000-7,000 megawatts of the energy it needs. Iran is a natural place to turn. But the cost of Iran’s gas is too expensive for use in Pakistan’s power plants. The electricity generated from Pakistan’s power plants, mainly located in Baluchistan province, costs $3.5 per one million units, while the figure for Iran’s gas is $12. Increasingly Pakistan is looking east. Thanks to the China-Pakistan economic corridor, Islamabad will soon be able to generate electricity from coal-fired power plants and import electricity from places like Turkmenistan. The larger goal of the China-Pakistan Economic Corridor project is to turn the Gwadar Port into an energy hub in the region. Islamabad is also trying to address part of its electricity shortage through other projects such as the Casa 1000 project, which is designed to boost the electricity trade between the Central Asian countries of Tajikistan and Kyrgyz Republic and the South Asian countries of Afghanistan and Pakistan.

Iran needs to rely on energy diplomacy to maintain regional markets and especially to reduce tensions with neighbors, thereby paving the way for advanced economic benefits. Pakistan is investing in renewables and planning to increase the share of renewables in its national energy basket with the construction of a hybrid solar-wind energy system to bring energy to rural areas. If Pakistan can attract foreign capital and technology to build required energy infrastructure (such as LNG terminal and pipelines), it will require less Iranian natural gas and electricity, instead relying on others to make up the shortfall. U.S. sanctions against Iran will be another factor influencing Pakistan’s preference for energy partners.