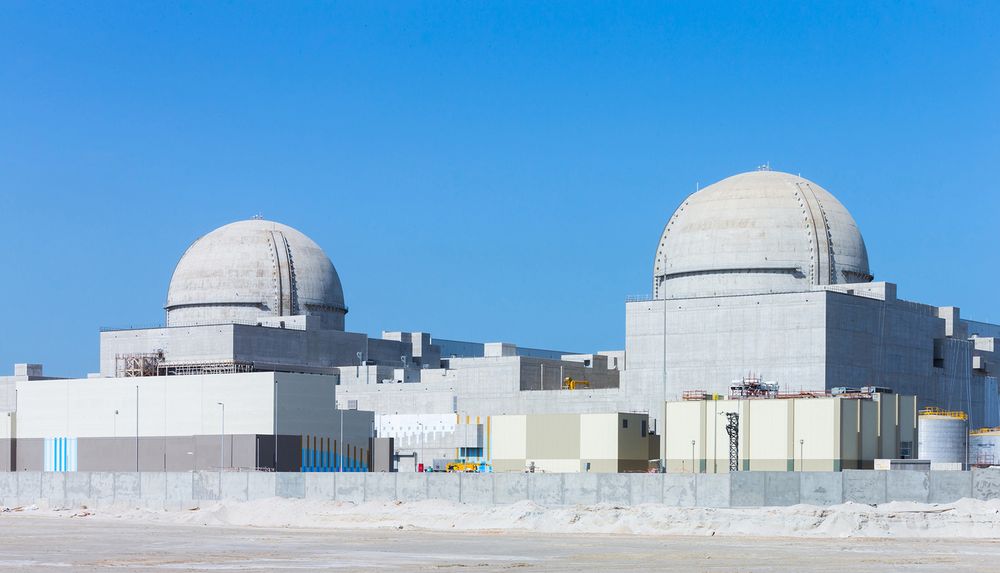 Saudi Nuclear Diplomacy and the Onset of Competition in the Region

In recent years, Saudi Arabia has had a comprehensive plan to reduce the share of oil in the economy, and it is seeking to increase the share of both renewable energy and natural gas in electricity production for export. It is also investing in high value-added products to reduce dependence on oil exports in midterm.

Saudi Arabia is one of the countries that signed the Nuclear Non-Proliferation Treaty and has repeatedly called for a nuclear-free Middle East. The Saudi government earlier announced its decision to build sixteen nuclear reactors, saying the program aims to reduce the energy sector’s dependence on oil and gas and use atomic power to meet part of its domestic demand for electricity. The program is part of the Saudi Crown Prince’s Initiative, called Vision 2030, which aims to transform Saudi Arabia into the region’s largest and most advanced economic power.

Saudi Arabia is currently consuming about a quarter of its oil production and is expected to remain almost stable while energy demand is likely to triple by the  2030  Therefore, the 2030 vision consider the production of electricity from solar, wind and nuclear programs to meet one-third of  Saudi energy demand from non-oil sources.

Some analysts believe that Saudi Arabia is the world’s first oil-rich country, so possessing nuclear energy would have little economic justification. Saudi Arabia burns 3,000 barrels of oil a day to generate electricity, giving up $5 billion in annual revenue. These reactors provide less than one-sixth of a GW of electricity needed during peak periods. In a country largely covered by the desert, it is better to use gas and solar energy rather than nuclear power to generate electricity. Today, however, the Saudi kingdom does not produce nearly all its electricity from these two sources of energy.

Recent statements by Saudi officials indicate the country’s willingness to join the group of states generating nuclear energy. Diversification of the country’s energy basket, along with increasing electricity consumption, is one of the main reasons for its use of nuclear energy. Program 2, which is the core of Saudi Arabia’s development, has paid particular attention to the energy sector. In March 2019  Saudi Arabia’s energy adviser, Abdul Aziz al-Moghbal, said at a news conference that Saudi Arabia would make every effort to ensure stability in the domestic energy markets and invest in oil resources beyond electricity generation. It will lead to serious decisions in other areas.

Al-Moghbal also announced Saudi Arabia’s commitment to international agreements and commitments in view of the credibility of Saudi applications in this area. Earlier in March, some news agencies, notably Bloomberg, announced plans to complete the project in the following few months, with images of Saudi Arabia’s first nuclear facility near King Abdulaziz’s Science and Technology City near Riyadh. In November the previous year, Mohammed bin Salman launched the first Saudi nuclear reactor project. Saudi Arabia had invited the United States at the end of the year to participate in its nuclear development program.

In the early months of the year, the US media reported that a number of US companies, including Westinghouse Electric, were interested in investing in Saudi Arabia and building nuclear reactors. In March this year, The US Secretary of Energy, Rick Perry, announced the issuance of several licenses for the sale of nuclear technology to Saudi Arabia. Russian and South Korean companies have already announced their readiness to bid for the Saudi nuclear power plan.

Saudi Arabia’s new energy minister announced Riyadh’s intention to enrich uranium on the sidelines of the World Energy Conference in Abu Dhabi. According to Prince Abdulaziz bin Salman, Riyadh’s intention is to enrich uranium, reduce its dependence on oil and diversify its energy sources.  The Saudi Minister of Energy stated, “We are taking this step with caution because enrichment is a critical stage in the nuclear fuel cycle and Western countries are very sensitive to it because of the potential military use.”

The Saudi plan to have a full nuclear program was coupled with the production and enrichment of uranium for fuel. It should be noted that Saudi Arabia announced three years ago that it had begun the exploration of uranium and thorium in the “Hail” area of ​​Al-Hail province. That same year, Zahir Nawab, head of the Saudi Geological Survey, had announced that Saudi Arabia did not intend to use nuclear energy for military purposes. The discovery of uranium and thorium has begun  with the command  of the Saudi Crown Prince Mohammed bin Salman.

According to Reuters, the bidding for foreign companies in the Saudi nuclear program is expected to take place in coming years  . US, Russian, Chinese, Korean and French companies have been involved in initial negotiations on the multi-billion dollar project. However, given the regional rivalry between Iran and Saudi Arabia, its efforts to utilize nuclear energy in the first and, if possible, long-term transformation of its nuclear program should be assessed from a geopolitical perspective. Israel’s nuclear power must also be considered. It should be noted that two years ago, Saudi Crown Prince Mohammed bin Salman said, in an interview with CBS television, that his country was not seeking a nuclear weapon, but that if Iran did obtain such a weapon, Saudi Arabia would obtain it. Saudi Arabia’s energy minister says there are plans to enrich uranium in the future to provide fuel for its nuclear power plant. “We are proceeding with caution and are currently testing two nuclear reactors,” said Abdul Aziz bin Salman in Abu Dhabi.

The announcement came as Saudi officials said in May last year that if Iran obtained a nuclear bomb, Saudi Arabia would produce it. Saudi Arabia launched its first nuclear research reactor last year. Earlier, a Saudi official said Riyadh had been planning to start extracting domestic uranium. Saudi Arabia is the world’s largest oil exporter, but it says it is seeking to diversify its energy basket. It aims to build five nuclear power plants in the following 2-3 years. The World Association of Nuclear Energy has estimated the cost to be over $2 billion.

The country is set to bid next year to build nuclear power plants, with US, Russian, South Korean, Chinese and French companies reportedly in preliminary talks with the Riyadh government. Nuclear power plants usually require 2% enriched uranium, but with increased concentration, they can be used to build an atomic bomb.

Meanwhile, the Reuters news agency writes that a uranium enrichment program could complicate Saudi negotiations with US companies to develop nuclear power plants. US companies are willing to participate in the construction of Saudi nuclear power plants, and only Saudi Arabia needs to pledge that it will not build a nuclear bomb. Reuters writes that Saudi Arabia does not want to ignore uranium enrichment technology in its power plant contract. There have been reports earlier that Saudi Arabia wants to obtain uranium enrichment and processing licenses in talks with the United States on nuclear energy. In April 2019, the US Secretary of State Rick Perry acknowledged that he had issued several licenses to sell nuclear technology to Saudi Arabia. During Barack Obama’s presidency, the US government resisted Saudi demands.

The rivalry between Iran and Saudi Arabia is another major factor that has led Saudi Arabia to seek nuclear energy. The high consumption of oil to generate electricity is another factor that has made Saudi Arabia’s use of nuclear energy necessary. Erdogan’s recent remarks about having nuclear weapons alongside Iran’s nuclear program and Israel’s nuclear program, if interpreted based on Saudi Arabian energy minister’s recent remarks, indicate the onset of competition among regional countries for short-term and possibly longer-term use of nuclear energy. In essence, this competition is for nuclear weapons. With the exception of Israel and Iran, there has been no report of another country trying to acquire nuclear technology in the Middle East, but last month the House Oversight Committee, which has a majority in the Democratic Party, the opposition party, President Donald Trump They have revealed that the government has tried to provide Saudi Arabia with advanced nuclear technology without regard to legal and security considerations.

Despite its timelessness, the regions’ nuclear domino theory is not easily ignored. For those who advocate a pre-emptive military strike against Iran, such a theory is a geopolitical rationale for a devastating military operation. Saudi Arabia’s remarks about the prospect of nuclear competition with Iran not only raised Western observers’ concerns, but even prevented Israel from concealing its dissatisfaction based on the prospect of entry into the country and possibly other countries in the region.