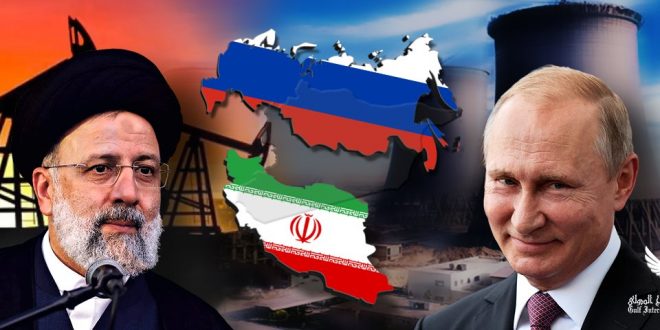 Is Russia a Reliable Partner for Iran?

Russia does not want Iran to develop any relations with the West that could put distance between the two countries, or, crucially, allow Iran to export oil and gas to Europe in competition with Moscow. In the areas surrounding the Caspian Sea, it is assumed that Russia will continue to exert influence over Iran from a position of strength. Syria is likely to become a longer-term point of contention between Moscow and Tehran, as the two states pursue diverging interests there; as this goes on, it will be a major challenge for the two sides to maintain good relations elsewhere.

Iran-Russia relations have been associated with their own challenges in recent years. The two countries are rivals in the oil and gas sector, with huge reserves and substantial market share. Russia plays an active role in the EU’s energy security through active energy diplomacy and the use of energy exports as political weapons, while Iran, with the world’s second-largest natural gas reserves, has so far failed to become a supplier of European natural gas owing to political differences. Iran, however, has a strategic understanding of relations with Russia and considers “looking east” as one of the basic foundations of power in the face of the United States. Russia and Iran have cooperated in the developments in the Middle East, South Caucasus, Central Asia, and Afghanistan because the consequences of these developments could affect the security and interests of Tehran and Moscow to challenge US influence in the region.

Some analysts say a Raisi administration is focusing on a “look east” strategy, which implies that he will seek closer cooperation with China and Russia after he takes office. In the Middle East, the war in Syria is an important factor in expanding diplomatic engagement, and the disagreement between Tehran and Moscow has presented the Iranian government with a quandary in maintaining its influence. However, the tendency of both sides to counter the US and NATO military presence in Central Asia and the South Caucasus has forced Iran to accept the dominance of Russia’s sphere of influence in the region, although this coordination failed to prevent disagreement between the two sides in other areas.

The differences between Moscow and Tehran over Syria can be summarized in four cases. First, Russia’s direct military intervention in Syria six years ago pushed Iran into the second position among Assad’s allies as Russian troops quickly proved to be far more effective than Iranian backed-militias. Second, Russia and Iran disagreed over the evacuation of fighters and civilians from the rebel-held neighborhoods of eastern Aleppo in late 2016; Iran defended a military solution in Aleppo, but Tehran was overruled after Russia and Turkey demanded the evacuation of eastern Aleppo through an agreement with armed rebels. Third, Iran sought to limit or altogether block Washington’s role in the Astana Talks process, but Russia invited the United States to oversee them over Iran’s objections. Finally, Iran’s withdrawal from the Sochi agreement to discuss the fate of Idlib province and parts of Aleppo, Hama, and Latakia provinces in the Ankara-Moscow bilateral talks was not to Iran’s liking, as it had a military presence there.

Vladimir Putin was one of the first world leaders to congratulate Raisi on his victory in the June 2021 elections. Putin’s congratulatory message to President-elect Raisi read as follows: “You know that the relations between our countries have always been traditionally based on good neighborliness. […] Undoubtedly, such a thing will serve the interests of the nations of Iran and Russia and will lead to regional stability.” Russian Ambassador to Tehran Levan Dzhagaryan    said, “I am confident that Iran-Russia relations will continue to grow as in the past, while maintaining the common interests of the nations of the two countries, and I am very optimistic about Iran-Russia relations during the time of Seyyed Ebrahim Reisi.”

Raisi will immediately have a full workload once he takes office. Numerous sanctions have reduced Iran’s oil and gas production and export capacity, and even if the 2015 nuclear deal is revived, Iran’s struggling energy industry needs foreign financial resources and advanced technology to increase its production capacity and reduce the pressure drop in Iran’s oil fields, including the enormous South Pars gas field. In this regard, good relations with Russia will be essential, owing to the technical capacity of Russian companies which can meet part of the needs of Iran’s oil industry. With that said, Russian oil companies have domestic concerns, too, and will likely only invest in Iranian fields whose products do not threaten Russia’s target market.

So far, Russian-Iranian cooperation in the oil sector has been optimistic. Vagit Alekperov, CEO of Lukoil Russia, said, “We are pleased to meet again with Iranian officials after the lifting of US sanctions to enter Iran’s oil projects.” From 2015, Russian cooperation and investment took place in the Ab-Teymour and Mansouri oil fields,  and negotiations progressed until the withdrawal of the United States from the Iran nuclear deal. In early June, the Russian Minister of Energy and the Iranian Ambassador to Russia met to discuss ways to further expand cooperation between the two countries in the field of oil and energy. The Russian Minister of Energy referred to the joint plans of the two countries in the fields of oil, gas, energy, railways, and nuclear energy, and expressed hope that during the Raisi presidency, joint activities in various fields would increase.

The close relations and cooperation of Russia and Iran in Syria, on the other hand, have been far less cordial. While several countries in the region are involved in a proxy war in Syria and beyond, Russia, in attempting to maintain good relations with all countries in the region and respecting Israel’s security issues, is concerned that the regional proxy war could hamper its strategy inside Syria. According to Russian Council researchers, the experience of cooperation between the two countries in Syria has prevented the fall of Bashar al-Assad and limited the power of opposition Islamist militias, but America’s conflict with Iran has complicated Russia’s strategy in Syria.

At the same time, Chinese imports became essential for Iran’s survival during President Donald Trump’s sanctions campaign, and China, which refused to embargo Iranian energy, became a vital outlet for Iran’s lucrative oil exports. In June, Iranian Foreign Minister Javad Zarif expressed hope that the two countries would soon finalize a 25-year economic cooperation agreement. According to Zarif, a broader agreement between Beijing and Tehran that would provide China with a valuable strategic position in the Middle East and West Asia is not far off. At the same time, Iran- Russia relations have always been a US concern, and recently, Iran, Russia, and China are also expanding their mutual military cooperation through joint exercises. Tehran is also likely to expand its arms purchases from Moscow and Beijing following the lifting of the UN arms embargo on Iran in October 2020.

According to Ahmad Vakhshiteh, Assistant Professor at the Peoples’ Friendship University of Russia, Moscow’s foreign policy is basically realistic and pragmatic, while Iran’s actions are instead based on the ideology of the Islamic Republic. This differing outlook has led to disagreements over various issues, including the conflict in Syria, Iran’s opposition to Israel and Saudi Arabia, and Iran’s position on the Taliban.

Furthermore, Iran’s return to exporting gas at a large scale could become the source of a conflict with Russia. Iran has the second-largest gas reserves in the world, after Russia, which already relies heavily on energy exports to Europe. Gas prices could decrease substantially if Iran returns to the global energy markets, providing Moscow with an incentive to keep Tehran out, and consequently, Russian firms might be discouraged from investments in Iran’s gas fields. On the other hand, Russia would somewhat benefit from the possible return of the United States to the nuclear deal, given the easing of the U.S. sanctions against Iran.

It is clear to the Kremlin that even if Washington re-enters the nuclear deal under Biden, Iran will continue to fortify its economy in the distinctly possible event that a Republican regains the White House in 2025 and promptly withdraws from the deal again. This consideration is a significant reason that Iran should solidify its relationships with Moscow and make strategic decisions with the mindset of achieving this goal. No matter how Biden addresses the nuclear deal, Russia will seek a way to benefit.

Russia, like the United States, has its concerns about Iran’s nuclear and missile programs, and has historically supported international efforts to control Iran’s missile program and nuclear weapons; Russia and China were two of the P5+1 nations which negotiated the original JCPOA. As Dr. Ahmad Vakhshiteh mentioned, confrontation with the West and looking to the East has been the driving factor in Tehran’s convergence with Moscow, and Russia’s opposition to further US sanctions against Iran have led Tehran to consider Moscow as its strategic partner. On the other hand, it should be noted that friction between Tehran and Washington and the sanctions against Iran could be a significant obstacle to Moscow’s cooperation with Tehran, since Russia’s relationship with America is far more consequential than its relationship with Iran.

At the same time, Russia does not want Iran to develop any relations with the West that could put distance between the two countries, or, crucially, allow Iran to export oil and gas to Europe in competition with Moscow. In the areas surrounding the Caspian Sea, it is assumed that Russia will continue to exert influence over Iran from a position of strength. Syria is likely to become a longer-term point of contention between Moscow and Tehran, as the two states pursue diverging interests there; as this goes on, it will be a major challenge for the two sides to maintain good relations elsewhere.