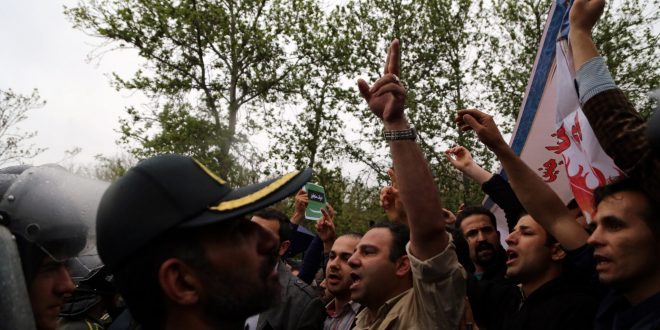 Water scarcity is a growing problem in Iran that has arisen for a variety of reasons, ranging from climate change to poor governance.

In recent years, the problem of water scarcity has reached a critical stage in parts of Iran, and there have been numerous reports of growing tensions, clashes and protests over water in many Iranian cities. Water scarcity is a growing problem that has arisen for a variety of reasons, ranging from climate change to poor governance. This problem has affected more and more people across all continents. In Iran, which is in the hot and dry region of the world, the water shortage crisis has always existed, and today it has attracted more attention than ever. Throughout Iran, there are 6,000 villages that are completely deprived of efficient water supply facilities and can only provide, by means of tankers, a limited amount of water to the residents. Kalantari also said in an interview in 2018 that if the current level of water consumption for agricultural purposes remained unchanged, the densely populated southern and eastern regions of Iran would be completely emptied in less than 25 years. Accordingly, if we do not find a solution to the water crisis, about 50 million Iranians will emigrate. Kaveh Madani, an environmental policy expert at Imperial College London, cites three main reasons for the sharp decline in water resources in Iran, one of which is rapid population growth. “In less than two decades, Iran’s population has doubled,” he said. The second reason is the inefficient agricultural sector. As the agricultural sector has the most use of water resources, it suffers the most from climate change.

What is the plan to transfer water from the Persian Gulf to the Central Plateau of Iran?

The first phase of the Persian Gulf water transfer project to the Central Plateau of Iran has begun. At the inauguration ceremony, Iranian President Hassan Rouhani referred to the project as a “transmission line of hope” for all farmers and artisans, and announced that by the end of his administration, two more phases of the project would be completed. The use of Persian Gulf water for drinking and industrial purposes is not new. Iran’s neighbors in the Persian Gulf have been using this method for about seven decades.

Hamidreza Janbaz, director of the National Water and Wastewater Engineering Company of Iran, and Hamidreza Kashfi, spokesman for the Water and Sewerage Company, held a press conference on Sunday (July 4th) due to the sharpening of the country’s water supply. Iranian officials announced that the country’s unprecedented water shortage situation was becoming critical. Janbaz reported that compared to last year, rainfall in the country’s six catchments had decreased by about 52% with the highest decrease in rainfall being in the eastern and central parts of the Iranian plateau (53%) and the lowest in the northwestern and the catchment area of ​​Lake Urmia (13%). Yousef Ghaffarzadeh, managing director of the provincial Regional Water Company (East Azerbaijan) and a member of the Urmia Lake Rehabilitation Headquarters, warned that Lake Urmia’s water volume had decreased by about 2 billion cubic meters compared to the same period last year due to reduced rainfall and water inflow. Among the factors that aggravate the water crisis in the country are the inconsistency of policies and programs of different sectors, lack of land management documents, lack of serious attention to the issue of culture, sectarianism, interference and influence of political issues on water management, multiple projects and lack of essential funds, as well as inconsideration of water as an economic and social commodity. According to the officials, the water shortage crisis is lurking among the citizens of Ardabil province. According to official statistics, 700 out of 1,700 villages in this province are currently short of water, and even in some villages and nomadic winter quarters, water supply is provided on a mobile basis. According to a local official in Kordestan Province, 104 villages in Kurdistan province are currently supplied with mobile water, which is expected to reach 300 villages this year.

Eighteen years ago, climatologists predicted the drought in Khuzestan, but merely considering their short-term group and party interests to win votes, politicians ignored environmental issues that needed attention. Hence, this year the rainfall has reached less than 120 mm and has sounded the alarm for everyone. Khuzestan is a waterway. One-third of Iran’s surface water is located in Khuzestan province. Khuzestan is the route of important rivers, such as Karkheh, Karun, and Dez, which flow into it, but the source of all rivers in Khuzestan is from the Zagros Mountains in ten neighboring provinces. Khuzestan does not produce water and is thirsty for rain due to the semi-desert climate in the north and east. The crossing of the country’s most water-rich rivers through Khuzestan was a blessing of nature, but its aim was to build 18 large and small dams to block water for electricity, agriculture and industry in Khuzestan and neighboring provinces. Climate change, rising temperatures and dust were some issues on the one hand, and massive dam construction, low-cost agriculture and water industries were other issues on the other hand, which have made this fertile province the most challenging province in the country in terms of environmental and human security.

There are more than 320 small and large dams in Iran.

In terms of controlling surface water and water resulting from the melting of glaciers and storing water in reservoirs, many dams have been built in Iran, so today; Iran is ranked third in the world in terms of the number of dams built and those under construction. Currently, 366 small and large dams have a storage capacity of 43 billion cubic meters of water, and another 322 dams are under construction. In addition, Iran is considering building another 340 new dams. The water management discourse in the Islamic Republic is incompatible with the environment and climate of Iran. Managers are considering building new dams, even though several dams have been proven to damage aquifers, rivers, and the environment. The construction of dams in the Islamic Republic is for water storage and energy production, and to some extent, the management and regulation of rivers, but in today’s world, the major role of dam construction is regulating rivers. The severe water shortages impacting Ahvaz, triggered uprisings against the central government by the Ahvazi Arab minority in Iran on July 7 in the western Khuzestan Province. With the increase in the intensity of these uprisings on July 15, major roads in the province were blocked and the municipality office in Ahvaz City was raided by protestors. Of these protestors, three were reported to have been killed. The unrest is expected to intensify as Iran has reportedly uncovered and prevented the shipment of illegal arms to Khuzestan province. Programs have been run for decades by the government to encourage people of Persian and other non-Arab ethnicities to migrate to this province, the underlying aim being to reduce the majority power of the Ahvazi community. However, it has been reported by Javid Rehman, the Human Rights Council special rapporteur, in his spring 2021-dated report that minority groups are being forcefully evicted from Khuzestan. Moreover, the province witnesses employment discrimination in favor of Persians, who are employed in high-paying jobs, and against Ahvazi Arabs, particularly in the oil and gas industry. Most Ahvazis are employed in blue-collar jobs, which can be verified by the acknowledgment of Mohsen Haidari, representative of the supreme leader in Ahvaz, on January 6, 2021, that ethnic Arabs merely constitute 5 percent of managerial positions in the province’s oil industry. The water crisis that Iran is currently experiencing can not only be attributed to climate change. It also stems from the poor management of resources that has been continuing for decades. Most of the country is suffering from severe water shortages, particularly in regions, such as Khuzestan, where there is little rainfall.

Centralism and the concentration of industries that consume a lot of water caused governments to think about transferring water to the central provinces from the Caspian Sea and the Persian Gulf, and from the border provinces to the central provinces after the revolution. Traditional agriculture, which consumes about 90% of Iran’s water, has not been modernized. After the revolution in food policy and food security, governments focused on the issue of self-sufficiency in agricultural products such as wheat. Iran’s scarce water resources were not sufficient to produce wheat, and this caused the water crisis to spread. In the central provinces, which have fewer water resources, the government provided water for irrigated agriculture in these areas through a project to transfer water from other provinces. Some farmers in Isfahan province started to cultivate rice, which needs a lot of water to grow. This action upset the people of the border provinces.

Given these problems and the crisis of water scarcity, experts point to different solutions. Some argue that increasing food imports instead of insisting on self-sufficiency is a solution that can be considered after improving international relations and lifting sanctions. Another suggestion is to move water to central areas and desalinate it for various uses. However, desalination also has its challenges because salinities return to the main source of water abstraction and affect environmental diversity and the marine economy. Water is not only an environmental issue but also an issue regarding industrial planning and production. Agriculture is closely related, and it may be possible to allocate huge investments in the queue for dam construction and operation of water transfer projects in new and technology-based ways that improve water use efficiency in various sectors, particularly agriculture. Paying attention to the cultivation pattern is also important for improving water productivity in the agricultural sector. Moreover, it is necessary to review the development plans of water supply industries operating in the central and arid regions of the country. There is a water crisis in most provinces of Iran. In the border provinces, due to the deprivation of this crisis, it has caused more concern among the people of the region. The clashes and repression of the people of Khuzestan in protest of the economic situation and the water crisis in this region show that, in the event of such incidents in other provinces, the clashes can be expected to increase. It seems that the border provinces will face many problems compared to other provinces in the coming years if a comprehensive plan to deal with the water crisis and climate change is not devised by the Iranian government and unless the government’s centralist view changes.