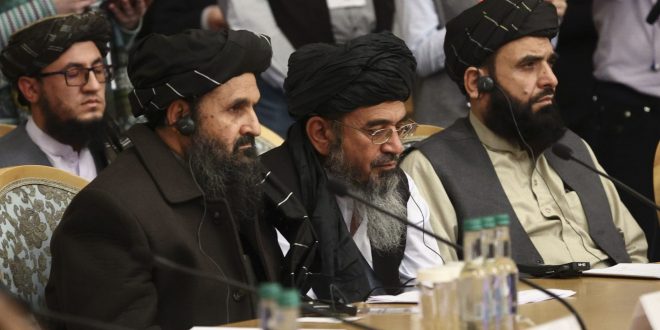 Iran’s policy towards the Taliban after US withdrawal of troops

A member of the Parliament of Iran even described the Taliban as one of the region’s main movements. Never being in favor of the long-term presence of the US in Afghanistan, Iran resorted to both soft and hard power. Hence, it was an advocate of anti-US rebels and was against the Bilateral Security Agreement between Afghanistan and the US. Tehran has a significant interest in Afghanistan in terms of security. It has sent to Afghanistan its Fatemiyoun Brigade, which employed Afghan Shia fighters in the past, to fight the Islamic State in the Khorasan Province. Iran will do the best it can to not lose its access to the Afghan market, to promote Shia ideology in Afghanistan, and to try to avoid transnational threats, such as militant acts, drug trafficking, and uprisings. It generally pursues the strategy of utilizing soft power to work its way quietly to spread its influence.

Regarding the reasons underlying Tehran’s need for a relationship with the Taliban, another Iranian expert believes that it is necessary for the Islamic Republic of Iran to establish contacts with the Taliban in order to protect its interests and security, so that it is at least aware of their plans for Afghanistan. Meanwhile, much of the long-shared border between Iran and Afghanistan is now under Taliban control. This means that the central government of Kabul is no longer able to manage and control the entire border with Iran. Therefore, Iran must continue its relations with the Taliban to ensure at least its security in the borders controlled by this group.

Some Iranian experts on Afghanistan believe that Iran’s foreign policy in Afghanistan prior to the withdrawal of foreign troops and during the country’s peace process was focused on three principles:

By November 2019, and during the meeting between the Iranian Foreign Minister Zarif and the Taliban delegation, the Iranian side expressed a readiness to expand economic and cultural cooperation with the country and the people of Afghanistan based on the common interests of the neighborhood. “This meeting was held in line with the Islamic Republic’s efforts to restore peace and stability in Afghanistan, and its most important goal is to encourage the Afghan parties to inter-Afghan dialogue, to encourage solutions through dialogue, to support all Afghan forces to find the joint chapter on cooperation in the withdrawal of foreign troops and the security of Afghanistan took place after the withdrawal of foreign troops.”

A high-ranking Taliban delegation visited Iran on an official invitation, and some Afghan political analysts believe the visit was intended to put pressure on the new US administration. By sending its delegation to Tehran, the Taliban wants to show the United States that if the peace agreement is revised, the group will have other supporters, like Tehran. Taliban forces have said that neighboring countries and the region, especially the Islamic Republic of Iran, are of special importance to the group. An Afghan expert on the advance of Taliban forces and the capture of Afghan cities believes that what is happening in Afghanistan today was almost predictable some time ago. The Taliban had prepared for war, and the stalemate in the Istanbul talks caused the Taliban to use this capacity to move towards a physical confrontation with the central government.

Last February, Iranian Foreign Minister Mohammad Javad Zarif met with Mullah Abdul Ghani Baradar, the Taliban’s political deputy, and his entourage in Tehran. He said that Iran supported the formation of an “inclusive Islamic state” in Afghanistan and that the conditions for achieving a “future government” in Afghanistan should be “participatory”. During an interview with Afghanistan’s TOLOnews television on December 20th about Iranian officials’ meeting with members of the Taliban, the foreign minister of Iran said, “According to the law, Iran has not yet expelled the Taliban from the terrorist group.” In response to a tweet from the secretary of Iran’s Supreme National Security Council, Ali Shamkhani, praising the Taliban for “fighting the United States,” the Afghan army chief said Mr. Shamkhani had a “misunderstanding” of the Taliban.

An Arab expert believes that there is no doubt that the Revolutionary Guards have prepared their plans to intervene in Afghanistan and are waiting for the withdrawal of American troops from the country next September. Although it is clear to everyone that the Taliban and the Takfiris (Jihadists in the Western sense) dominate the Pashtun area and its environs, few in the West know that Iran is planning to build a land corridor and perhaps an air bridge in the area. It is the center of Afghanistan, where most of its inhabitants are Shiites, especially the Hazaras. As might be expected, Iran intends to create a region in central Afghanistan that is under its control and influence, and to achieve this goal, Tehran relies mainly on about 20% of the Afghan population, which will have the direct support of Iran. To provide a prelude to the move, the Iranian government has sent intelligence agents to “Hazara” areas and some Tajik areas in Afghanistan.

Since Iran shares its borders with Pakistan and Afghanistan, it sees itself to be actively under security threats by these two countries. This perception of threat would be intensified with the Taliban regime in Kabul; however, Iran has maintained its connections with the Hazaras in Afghanistan, and played all sides. Even though both sides were not on good terms with each other and were not on common grounds in terms of theological beliefs, Iran not only made way for the Taliban a few years ago, but also has even hosted a Taliban delegation in Tehran recently. In recent months, a Taliban delegation visited Iran and met with Iranian officials.

Apparently, Iran is seeking to protect the Afghan minority group Shi’ite the Hazaras who – regardless of gender or age have been the targets of genocidal bombing attacks by the Taliban and Islamist extremists linked to Pakistan and ISIS. Although Iran has tried to prevent the continuation of such attacks, it did, in the past, host the members of Al Qaeda, and had contacts with other extremist groups. It is still not completely clear how this blends in with the pursuits of Turkey and Pakistan. On the other hand, with a new agreement with China to last 25 years, Iran is seeking to expand its trade with China as well as with Pakistan. However, instability in Afghanistan would be an obstacle to achieving this goal. Hence, if the Taliban is supported by Pakistan, then their aim of controlling the country will be relaxed. This design could also accommodate Turkey’s move into the airport.

After decades of conflict, the number of Iranian infiltrators among all ethnic groups in Afghanistan has grown significantly. Iran has even used its proxy forces in Afghanistan since the time of the Shah. Iran is using its oil as a lever of political and strategic pressure. Oil in Iran is sold through the National Oil Company. The company, together with the Iranian Ministry of Oil, sets oil prices monthly. The price of oil still depends on where it is offered in the world. Given the weakness of the central government, through the excessive increase in the level of Taliban activity, and the capture of most cities by this group, we should see an increase in the role of this group in the political future of Afghanistan. Currently, peace between the central government and the Taliban is unlikely. With the withdrawal of American troops, the conditions for the group to gain more control over Afghanistan have increased. The capture of border towns along the Iranian border and the issue of national security are the main reasons for Tehran’s increasing ties with the Taliban. Moreover, it could benefit from this group in the political future of Afghanistan. It is natural that the withdrawal of American forces is in Iran’s interest. US bases are in western Afghanistan, which is close to Iran. Naturally, the US military presence in the region is not pleasant for Iran. With the withdrawal of the United States, Tehran will be relieved of these concerns. Iran fears that it will not be in Iran’s best interest to bring the Taliban to power. Even if the group shares power and Afghanistan transforms its political structure into a federal one, which is highly likely, the Taliban will almost border Iran from South Khorasan to Sistan and Baluchestan provinces.  If this does not happen, it will not be very pleasant for Iran. But overall, the US military withdrawal is in Iran’s favor.

During the Raisi presidency, it is expected that Iran will continue to support proxy groups, and it can see an increase in Iran’s influence in the region, including in Afghanistan. The issue of water could increase tensions between Iran and the next Afghan government, but it could also help increase relations between the two countries. “Afghanistan’s water will now be sent to Iran in exchange for oil,”. Emphasizing that the economies of Afghanistan and Iran are complementary, Mohammad Ashraf Ghani said in his speech that his country no longer provides free water to anyone. According to him, Iran should now sell oil to Afghanistan to receive water. Iran will try to maximize the political, economic, and geopolitical interests in the developments in the region. But it should not be forgotten that stability and security in Afghanistan will have a direct impact on Iran’s national security. Interference that causes instability in the country or jeopardizes the interests of other countries in the region will also have an impact on regional security.