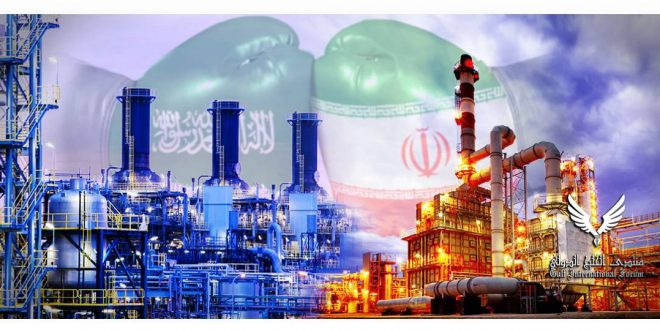 Without using the capacity of foreign companies in the Iranian petrochemical industry, the gap between Iran and Saudi Arabia in petrochemical production will increase, and other competitors will also increase their share in the regional and global markets.

In recent years, the export of petrochemical products from Iran has made up the largest share of its non-oil exports. Based on the goals set out in the 2025 Country Vision Document, Iran’s government has aspired to make its petrochemical industry the region’s most advanced, seeking to overtake the Saudi Basic Industries Corporation (SABIC). As in all oil-rich states, Iran’s petrochemical industry is one of the most profitable, and its diverse products, from plastics to cosmetics to food preservers, are in great demand across the world. Given its abundant oil and gas resources, Iran could easily gain a foothold in the market, but many obstacles, including ongoing sanctions against Iranian exports, have constrained its growth. Were it not for the sanctions, Iran is ideally placed as a petrochemical exporter. It has strong economic links both to China, a major petrochemical consumer, and to Europe, a potential market when sanctions are lifted. Indeed, diversified petrochemical exports could even provide Tehran with a weapon against sanctions; while Iran’s crude oil can be identified by its grade and other properties, and by large tankers carrying it, seen through satellites, it is extremely difficult to track the sale of other fuels and petrochemical products. In fact, according to some business sources and officials, Iran’s exports of fuels and petrochemical products have boomed in recent years, even as sanctions have increased.

At the same time, Riyadh has decided to increase its own gas production. Saudi Arabia’s natural gas production has grown by 30 percent over the past decade, reaching a record 11 billion cubic feet per day in 2020, according to the U.S. Energy Information Administration. Saudi Aramco has begun prioritizing the development of non-oil-related gas fields, most of which are offshore. In 2000, Saudi Arabia had virtually no gas production. In addition to its goal of increasing oil production capacity from the current 12 million barrels to 13 million barrels per day by 2027, Saudi Aramco also aims to increase natural gas production to generate more gas for domestic electricity generation, replacing oil. Increasing natural gas production in Saudi Arabia could also boost Saudi Arabia’s petrochemical industry. Due to the country’s huge investment in the petrochemical industry and the presence of Western companies in the petrochemical sector, Riyadh has used the advanced technology of Western companies – giving it a leg up over its Iranian competitors, who cannot access Western technology because of sanctions.

The Structure of Iran’s Petrochemical Industry

Energy experts in Iran consider sanctions to be the biggest obstacle to the development of the petrochemical industry. It should be borne in mind that this industry is in dire need of foreign technology. Sanctions over the past few years have led to a decline in investment in petrochemical industry. In addition, there is the ongoing issue of finding a petrochemical export market; unilateral U.S. sanctions deter European investors from entering the Iranian market because doing so automatically locks them out of the far more lucrative US market. Moreover, termination of existing contracts with foreign companies by Iran could discourage future foreign direct investment. Despite the lucrative nature of petrochemical production, the price of chemical products in Iran is about 50 to 70% lower than the price of these products in international markets, making them lucrative to export but not nearly as cost-effective as in neighboring regions. Saudi Arabia made a relatively efficient transition to serving a global market; it now has the maximum use of oil resources despite lacking equivalently large gas resources. It is clear by now that with the increase in global consumption of industrial products, industrial petrochemicals are very profitable. To maintain itself in the market and even increase its share, Riyadh made large investments in the sector. In recent years, Saudi Arabia has sought to dominate major Asian markets such as India and Southeast Asia and to eliminate competitors.

In 2021, SABIC reported a fivefold rise in third-quarter profit driven by higher average selling prices. SABIC itself reported a profit of 5.6 billion riyals ($1.5 billion) after its tax deduction, an increase of 1.1 billion riyals ($293 million) since the previous year. SABIC also stated that even though average sale prices had risen, margins had moderated because of the increase in stock costs. SABIC’s CEO, Yousef Abdullah Al-Benyan, stated that the company’s financial performance was healthy during the third quarter of2021, an indication that the negative impacts of the Covid-19 pandemic were being recovered from. However, Al-Benyan said that the recovery did not reach the level that was witnessed during the second quarter of the same year. The CEO also reported that the net-zero carbon emissions targeted for the year 2050 would generate a further initial cost from $3 billion to $4 billion for SABIC, which is 70 percent owned by Saudi state-owned oil giant Saudi Aramco and 30 percent publicly traded.

Diversifying Iran’s production and export portfolio of petrochemical products is another way to increase the value of its petrochemical products. Challenging new technologies are now replacing traditional refining-petrochemical operations. In Saudi Arabia, for example, Aramco and SABIC have recently launched a major project to convert crude oil into chemicals at a rate of 0.4 million barrels per day – five times its current capacity. If the concern of the Islamic Republic of Iran is to prevent the sale of raw materials, the petrochemical industry has the potential to achieve this goal, but the presence of foreign companies with advanced resources and technology is essential for further development. Without using the capacity of foreign companies in the petrochemical industry, the gap between Iran and Saudi Arabia in the Middle East will increase, and other competitors will increase their share in the regional and global market. Also, without the lifting of sanctions and the approval of the Financial Action Task Force, Iran’s petrochemical industry will continue to face serious challenges for the foreseeable future. https://gulfif.org/