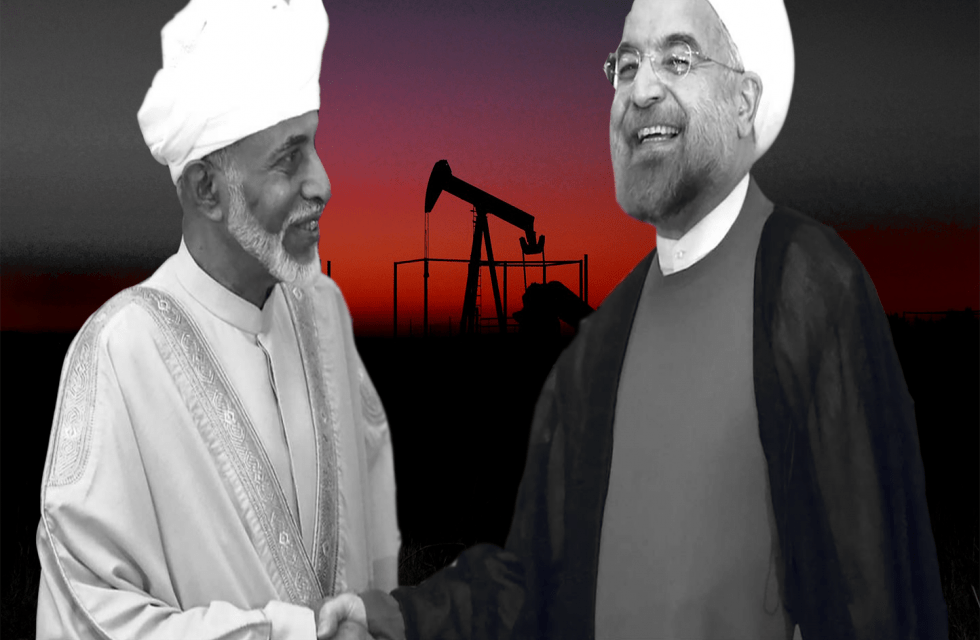 Iranian-Omani Gas Pipeline: A Link for Iran to the World?

Iranian-Omani Gas Pipeline: A Link for Iran to the World?

To meet its growing energy needs, Oman is looking to increase its natural gas supply above the current levels of imports brought in from Qatar via the Dolphin pipeline. While Oman also exports significant volumes of natural gas from its liquefied natural gas (LNG) facilities, it has had to devote significant amounts of its own production to domestic demand. What are the prospects for Iranian natural gas to reach Oman and global markets through the anticipated Iranian-Omani gas pipeline project?

Iran, which has the second largest natural gas reserves in the world, has plans to increase its exports of natural gas to other countries. At present, despite this major advantage, the country presides over a share of less than 1 percent of the world’s natural gas market. Nevertheless exporting natural gas to its neighbors is one of Iran’s priorities for the future. Iran’s export of oil and gas to its neighbors would help the region’s states resolve their problems and would promote peace and stability in the region. The Iranian-Omani natural gas pipeline would provide Iran a significant opportunity to export gas to Oman, as well as to other countries.

Natural gas consumption in the Sultanate of Oman more than doubled in the decade leading up to 2016.

Natural gas consumption in the Sultanate of Oman more than doubled in the decade leading up to 2016. Recognizing Oman’s increasing demand, in 2013, Iran and Oman signed a memorandum of understanding to build a new pipeline to export Iranian natural gas directly through the Gulf to Oman. The $25 billion agreement promised gas supplies to Oman via the construction of a subsea pipeline. While the pipeline construction was subsequently halted, the project now has a new deadline for its hoped-for completion by 2020.

The ultimate anticipated capacity of this new pipeline, called the Iranian-Omani pipeline, is 1.5 billion cubic feet (Bcf) of gas to be pumped into Oman every day. The Iranian-Omani pipeline would deliver some of the gas for processing at the Al-Anjui processing plant to send on to target markets in Oman, while the remaining pipeline capacity would be allocated to future markets in the Gulf.

A portion of the gas to be transported through the pipeline is anticipated to be converted into LNG to be shipped to target markets in East Asia and Europe. The remaining pipeline capacity will be allocated to future markets in the Gulf states. The project, long anticipated, was initially estimated at a cost of $1.2 billion, with initial volumes of 30 million cubic feet (MMcf) per day of natural gas to be transported from Iran’s Kuh Mobarak port to Oman’s port of Sohar.

Iran’s oil minister has stated that the country hopes to export Iranian natural gas to other countries of the region, especially Asian countries, through Oman. After the Joint Comprehensive Plan of Action (“JCPOA”) nuclear agreement was reached in 2015, Iran invited foreign energy firms to invest in Iran’s energy projects, and especially the Iranian-Omani pipeline. In 2017, Iran officially invited Russia to build a gas pipeline to Oman. Ali Karder, the Deputy Oil Minister and CEO of the National Iranian Oil Company, invited Gazprom to lead construction efforts.

In September 2018, Bijan Zanganeh, the oil minister of Iran, met with his Omani counterpart. The result was an agreement to build a natural gas pipeline with a capacity of 1 Bcf per day—equivalent to 28 million cubic meters per day, or 10 billion cubic meters annually from Iran. The monetary value to Iran of this volume would range from around $1.5 million to $2 million.

Due to the United Arab Emirate (UAE)’s opposition to the pipeline crossing through its shallows, the pipeline is now expected to traverse the deeper waters of the Oman Sea, which will increase the cost and time frame for construction. Technology for the construction and installation of a pipeline is also problematic. Iranian companies are not experienced in installing pipeline in waters deeper than 1000 meters, thus making the involvement of an international partner essential for the project’s success.

Initial talks on a joint gas project with Iran were launched in 2004, but because Iran’s gas balance was not positive and consumption outweighed production at the time, negotiations then were hypothetical, at best. But with the arrival of the eleventh government and new phases of the South Pars Fields boosting Iran’s natural gas production, exports to other countries were put back on the agenda, with 92 rounds of rigorous negotiations ending in the signing of a final agreement.

In first months of 2018, with the benefits of the JCPOA nuclear agreement still formally in place, a joint work plan for the sale of gas to Oman from the Kish Gas Field was signed at the joint meeting of the Iranian oil industry with various ministers from Oman. The volume of the Kish field reserves is estimated at around 48 trillion cubic feet of gas.

Renewed U.S. sanctions against the Iranian energy sector will affect energy projects such as the Iranian-Omani pipeline, and bring along other practical challenges. Oman is banking on U.S. sanctions only applying to Iran’s oil exports and not to exports of natural gas. Oman’s Oil Minister, Mohammed Al-Ramhi, has stated that the country will continue to import gas from Iran, despite sanctions from the U.S. and that the pipeline project will go ahead.

Natural gas is stored in Oman either to fill reserves or to be sent off to target markets. As Oman has sought to diversify its economic prospects in the last few years, following a decline in its natural gas production and a shortage of gas, as well as other economic shortfalls, the proposed pipeline with Iran is part of this strategy.

Iran is expected to add a substantial amount of pipeline infrastructure across the Middle East in the coming years by building 12,698 kilometers (km) of planned pipelines by 2022.

Iran is expected to add a substantial amount of pipeline infrastructure across the Middle East in the coming years by building 12,698 kilometers (km) of planned pipelines by 2022. According to Global, the distance of the route planned for the Iranian-Omani pipeline is 50 percent of Iran’s overall projected pipeline. Second to Iran comes Iraq in terms of planned pipelines, which plans to invest $29.6 billion by 2022 by adding 5,105 km of oil and gas pipelines. Turkey comes in third place with a planned 2,030 km of pipeline at a cost of around $5.8 billion.

Iran needs to diversify its exports to the same degree that Oman needs natural gas imports to offset its energy shortages. As of 2014, Oman imported about 73 Bcf of natural gas from Qatar through the Dolphin pipeline, which runs from Qatar to Oman via the UAE, but it planned to phase out such imports when Phase 1 of the Khazzan tight gas field in Oman, operated by BP, commenced production in 2017. The Khazzan field commenced operations in Q4 2017, but it is still too early to tell how it will impact Oman’s imports in the longer term.

What Does the Future Hold?

While Oman’s economic development is based on energy-dependency, there are also political and geopolitical considerations at play. The gas pipeline between Iran and Oman is the bridge between Iran and the Gulf Cooperation Council (GCC) countries. Because it most certainly will not be limited only to exporting Iranian gas to Oman, Iran will likely export gas to other countries via Oman as an intermediary. If this strategy succeeds, then another line may be built parallel to this pipeline in the long-term.

Trouble may be in store from the GCC countries, naturally suspicious of Iranian products entering their market. On the other hand, Oman has always pursued an independent policy, despite its membership in the Council. Its pipeline construction policy undoubtedly will follow that tradition. By creating a possible opportunity for dialogue between Iran and the United States, Oman may even benefit politically from the move. Oman has always pursued a policy of tolerance and peaceful coexistence with the countries of the region and resolving issues through dialogue and mediation. Although it faces pressure and problems from its neighboring countries, its policy has continued steadfast despite opposition.

In 2017, a number of meetings were convened in which Indian, Iranian, and Omani officials discussed Iranian gas being transported to India via the Iran-Oman pipeline in order to offset the impact of U.S. sanctions and to allow Iran access to one of its key consumers. As of the end of 2018, however, there has been no major progress on the Iranian-Omani pipeline, and thus any talk of further exports to India via the project is at present just a pipe dream.

Although the technology to manufacture and install pipelines in a shallow sea bed is available to Iranian companies, Iran would certainly jump at the chance to use international technology and financial capital to complete the Iranian-Omani pipeline given its inexperience with projects deeper than 1000 meters. LNG exports comprise one of Iran’s main plans to export natural gas to the European Union (EU) market.

The Iranian-Omani pipeline project would be an ingenious way to realize this goal. Iran requires further financial capital and technology, however, to build the required infrastructure to export natural gas to the EU and to Iran’s other future target energy markets. However, given the sanctions, no major foreign energy firms are likely to provide the financial or other support needed in the short-term.