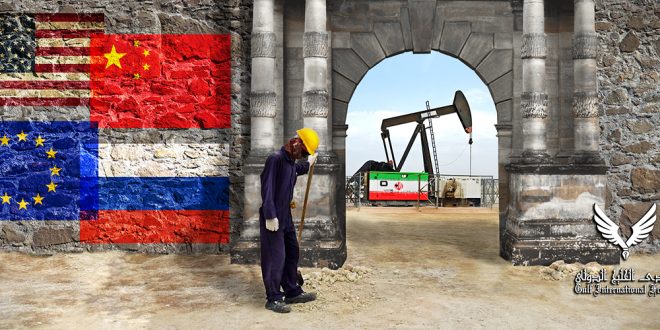 Iran can neither increase its oil and natural gas production capacity, nor attract the necessary foreign capital and technology for their expansion, without the lifting of sanctions.

Thanks to a combination of Western animosity and Iran’s regional foreign policy, the country’s energy industry has faced ever more onerous sanctions in the last four decades.  These sanctions have created further obstacles to attracting foreign capital and technology to increase oil production. Iran’s neighbors, who do not suffer from similar restrictions, have significantly increased their oil production capacity over the past twenty years while Iran has failed to keep up. Its share of the global oil market is gradually declining. Despite the negative impact of sanctions on Iran’s oil industry, however, Iran’s oil production capacity has slightly increased over time—and Iranian officials have voiced ambitions to double the country’s production capacity in the near future. However, realizing these ambitions require relief from sanctions to permit new foreign investments.

Since mid-2021, president’s Raisi administration has mobilized resources to assist the sale of Iranian oil abroad. Raisi’s oil minister Javad Owji attributed Tehran’s success in that regard to the country’s “Counter-Sanctions Headquarters.” Despite stringent sanctions, which have grown steadily more restrictive over time and now include the targeting of Iranian vessels at sea, Iran has remained solvent. The efforts of the IRGC’s navy have allowed Iranian oil tankers to continue to carry out external trade. Owji explained to the IRGC-linked Fars News Agency in May that Iran was utilizing different contract models and investigating alternative solutions and differing capacities to export oil. He reported that the initial 13 months of the Raisi administration had seen an upward movement in oil exports. Owji also indicated that the volume of Iran’s gas condensate exports had tripled in this period.

“In terms of [hydrocarbon] reserves and technical issues, there is no reason why we cannot more than double production capacity from what we have,” Mehdi Hosseini, a senior Iranian energy expert, said—suggesting that Iran could increase its output from 3.5 million to 7 million barrels per day. Hosseini underscored that the need for investment in the oil industry depended on what parameters the development priorities are based on. It is clear that investment in the oil industry should be based on the needs of the market. At present, the average recovery rate of oil reserves in Iran is roughly 25 percent, and extractable reserves are over 150 billion barrels of oil. Other countries, such as Saudi Arabia, have recovery rates of 50 percent and above; Oman’s rate is roughly 40 percent and Norway’s 60 percent. The only thing preventing Iran from achieving a higher rate is its inability to secure new technology; if it overcomes this obstacle, conservative estimates suggest the country could quickly achieve a rate of 35 percent or more.

Clearly, then, Iran can double its oil exports in 2-3 years to respond to market pressures. Although details of any deal that could see a reduction in sanctions are not known, according to Mohsen Khojastehmehr, managing director of the National Iranian Oil Company (NIOC), Iran is willing to do all it can to recover its lost share of the crude market. Industry analysts put current Iranian sales at one million barrels per day, while Tehran’s forecast for the upcoming year is 1.4 million bpd—each number is far below Iran’s production rate and even further below its capacity prior to the sanctions imposed by former U.S. President Donald Trump in 2018. Fortunately, recent talks between the European Union and Iran on attempts to establish a new deal have reportedly made progress, and Khojastehmehr said that NIOC would form an agreement with banks and local production companies for a $7.5 billion project in the coming months. This project is intended to tackle the second phase of development in the northern and southern sections of the Azadeghan oil field.

Although he gave no timeline, Owji has declared that Iran aims to increase its daily oil production to 5.7 million BPD. Owji further stated that, on March 20, year-on-year income from gas condensate, natural gas, oil and petrochemicals showed a 250% increase. OPEC stated that Iran produced an average of 2.4 million BPD in 2021, an increase from 2020’s 2 million BPD, although still lower than the 3.8 million seen before the re-imposition of sanctions in 2018. In addition to further field development and improvements in efficiency, the annual increases are a product of increased sales to China, according to companies tracking export flows.

The Role of OPEC+

Iranian officials have explained that, should sanctions be lifted, global oil supplies would increase, driving down the price of oil. In the wake of Russia’s invasion of Ukraine, OPEC+ members have been urged by the United States and other buyers to increase production, but this has so far not happened beyond a previously established 400,000 BPD increase.

Energy Intelligence has heard that there may be a call on Iran from some OPEC+ member states to accept a production quota. However, Iranian officials have so far rejected the notion of limits on the country’s output prior to a return to pre-sanction levels. Iranian officials have also stated that the country would seek to recoup any losses received during the sanction period, and therefore would not be willing to accept a quota even after three months.

Natural gas also plays a significant role in Iran’s fuel expansion. Within the next two months, production will begin at one section of phase 14 of the South Pars offshore gas field. Moreover, Phase 11 of the shared field with Qatar is also projected to go online by mid-2023. Khojastehmehr estimates the current gas production capacity at approximately 1 billion cubic meters per day, and stated that capacity could hit 1.5 billion m3/day within the next decade. He also said that recent months have seen increases in Iran’s condensate and oil exports—an expansion requiring $160 billion in investment, with $90 billion going to oil and the remaining $70 billion for gas expansion. These funds will be realized through both foreign and domestic means, in addition to previously secured funds from private investment. Khojastehmehr has stated his belief that there will be no problems in securing the necessary amounts.

However, and despite Iranian officials’ efforts to increase oil production capacity and increase Iran’s oil exports, it should be kept in mind that Iranian oil exports to China exist because the Biden administration’s gave China a green light to purchase from Iran as the Vienna negotiations continue. If the nuclear talks fail soon, the Biden administration might tighten the conditions for selling Iranian oil, likely leading to cutbacks in Chinese purchases and placing further strain on Iran’s exports.

In short, Iran can neither increase its oil and natural gas production capacity, nor attract the necessary foreign capital and technology for their expansion, without the lifting of sanctions. The Iranian authorities’ optimistic claims of future production increases, even if the nuclear pact is left unfinished, do not appear accurate. With the continuation of Iran’s current foreign policy and its missile and drone program, there can be little hope of attracting foreign capital. With the potential of domestic companies reduced, Iran will see a loss of opportunities, an increased share of competitors in the oil market, and diminishing returns on its current oil and natural gas production capacity.