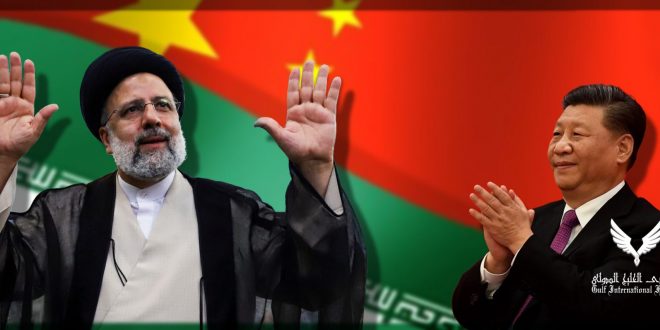 How Will Ebrahim Raisi Deal With China?

To gain the most from the 25-year cooperation agreement, Raisi should pursue a conciliatory foreign policy, and the presidency should provide the conditions for the presence of all foreign companies in Iran, giving Chinese firms rivals from Europe and elsewhere in Asia.

With the victory of Ibrahim Raisi in the Iranian presidential election, a new era in Iranian foreign policy is expected to begin. Economic problems, the COVID-19 outbreak, and the burgeoning water crisis are important challenges awaiting the new administration. The possibility of a renewed nuclear deal between Iran and the United States could, in the short term, lead to a relative improvement in Iran’s economic situation, with a gradual return to oil sales and the release of some of Iran’s frozen assets.

To secure its long-term well-being, however, Iran has increasingly turned to the world’s other emerging superpower, China, for economic and political support. China’s current policy in the Middle East is to further develop and nurture its long-standing relations with the nations of the region. Although it officially remains a communist state, China does not apply its ideological standards to its partners; its approach to them is one that conforms to their distinctive development methods and social and cultural norms. Therefore, using its reputation as a neutral outsider, Beijing can play a key role in reducing tensions in the region through the mediation of regional disputes.

In recent months, China has enjoyed a boost in relations with Iran and its neighbors. Iran and China negotiated a 25-year cooperation agreement, which the Rouhani administration lauded as a major foreign policy success. After the presidential election, Chinese President Xi Jinping quickly sent a message congratulating Ibrahim Raisi on winning the election, emphasizing that Iran and China are comprehensive strategic partners. The President of China added that he was willing to work with Raisi to strengthen strategic ties, reinforce mutual political trust, and develop and deepen mutually beneficial cooperation.

Some analysts believe that Iran’s foreign policy under Raisi will continue to focus on the “look east” strategy, emphasizing closer cooperation with China and Russia after he takes office. Importantly, the development of Iran’s relations with China and Russia has always been supported by the regime in Tehran. China’s Global Times newspaper wrote that when it comes to the foreign policy of the president’s government, one should consider his attitude towards the West. In this regard, the president is expected to take a tough stance in defense of Iran’s economic and security interests.

Despite warming ties, Iran is unlikely to form an overt alliance with China and Russia during the presidency. To a large extent, Iran’s foreign policy has two dimensions: taking a hard line against Washington, and deepening ties with the Muslim world. While China and Russia are not Islamic countries, after taking office, Raisi is expected to continue the actions of Hassan Rouhani’s government and maintain a relatively close relationship with them. However, these conditions will almost certainly not lead to a formal alliance between Iran, China and Russia, and evidence shows that Beijing and Moscow have so far displayed no interest in forming such an alliance.

A comprehensive document agreeing to 25 years of cooperation between the two countries was signed in Tehran last March, in the presence of the Foreign Ministers of Iran and China. According to Tehran and Beijing officials, this document should be considered a political-strategic, economic and cultural program that pursues comprehensive aspects of the two countries’ relations in various political, economic, and cultural dimensions in the long run. Because the two countries emphasize the existing potential for economic cooperation they have committed to cooperation in the fields of oil, industry and mining and energy-related fields.

Any country that aims to attract foreign investment must also provide infrastructure, and that infrastructure is vital to Iran’s economy. To stabilize its economy, Iran must be able to control inflation and the exchange rate. For a potential foreign investor in Moscow or Beijing, territorial security and economic stability are very important.

The security of Iran from external geopolitical threats is currently in good shape, but the economic stability situation is not, so Iran should be in the basket of countries in which China invests, given its advantages in terms of manpower, energy and expertise that the Chinese need. Iran has the potential to make a significant contribution to foreign investment by the Chinese, but given the situation in Iran and Chinese entities’ fear from U.S. sanctions, they have not been very keen on investing in Iran.

In reality, the signing of this 25-year document of cooperation between the two countries is not the beginning of a new relationship, but rather the formalization of an existing one. The international system is undergoing fundamental change, and over the past 25 years, future generations have witnessed a system with other characteristics that are very different. The emphasis of Iranian Foreign Ministry officials, including the Iranian ambassador to Beijing, that the agreement is simply one of mutual cooperation and is not against a third country, shows exactly how important this program is for potential third countries, demonstrating the nature of the political value of this program.

US sanctions against Iranian oil exporters have caused many problems for Iran’s economy. Sales of Iranian oil in the gray market to China managed to maintain part of Iran’s oil market share. Both countries have reasons to keep their agreements as vague as possible; China has long sought to balance Iran-China relations with its competitive interests in the Gulf, and Saudi Arabia is a much more important supplier of oil to China. At the same time, Beijing has sought to enhance its comprehensive strategic partnership with Riyadh and the United Arab Emirates, and has also strengthened its relations with Kuwait, Qatar and Oman, the other nations of the Gulf Cooperation Council (GCC).

Clearly, the United States is also an influential factor in China’s calculations. In the 1990s, U.S. pressure led China to limit its cooperation with Iran in the field of nuclear power and ballistic missiles. US influence is now weaker, but the threat of sanctions has made large Chinese state-owned companies and the Chinese private sector reluctant to invest in Iran. These restrictions became more apparent after the United States withdrew from its nuclear agreement with Iran in 2018, imposing additional sanctions – many of which Chinese firms found themselves on the wrong side of.

According to the Chinese government’s emphasis in the Fourteenth Development Plan on energy security and climate change, Iran’s 25-year plan, if implemented, will increase the presence of Chinese companies in Iran’s oil and gas industry, which has had increasing difficulty with maintenance and upkeep owing to the difficulty of importing modern equipment. Chinese oil services firms can meet some of the needs of Iran’s oil fields. However, not all experiences between China and Iran in this area have been positive: during Ahmadinejad’s time, Chinese companies failed to complete Iran’s energy projects on time and caused billions in losses. Given the Biden government’s foreign policy priorities, obstacles will probably be created for the presence and influence of China and Russia in the region.

In short, the inexhaustible dispute between Iran and the United States has given China a golden opportunity to take advantage of its investments for many years and to gain access to cheap, highly discounted Iranian oil. Naturally, however, China will be very cautious in this area. An important and short-term goal of the two countries’ cooperation agreement could be to play Iran’s card against the United States to reduce the conflict over the South China Sea and Hong Kong, and to reduce the sanctions imposed on China under Trump.

Iran’s geographical location, hydrocarbon resources, and communication infrastructure will provide good conditions for Chinese investment. During Raisi’s presidency, relations between the two countries will most likely develop, but if Iran’s foreign policy does not change and it proceeds with its nuclear and ballistic missile programs and continues to support proxy groups, sanctions will remain, presenting difficulties for Chinese investments in the country. To gain the most from the 25-year cooperation agreement, Raisi should pursue a conciliatory foreign policy, and the presidency should provide the conditions for the presence of all foreign companies in Iran, giving Chinese firms rivals from Europe and elsewhere in Asia. The withdrawal of US troops from Afghanistan will increase the presence and influence of China and Russia in the Middle East, and China will seek to use all available tools to increase its presence and influence in the region, especially in Iran.