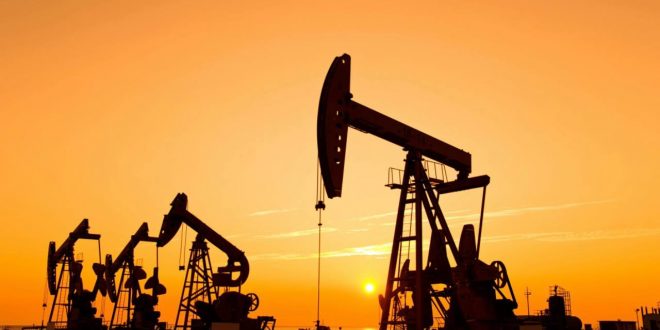 Analysis: Tightening sanctions could lead to a decline in Moscow’s share of Europe’s energy market.

While Russian energy firms have not been sanctioned, a growing number of Western oil companies no longer see the country as a safe investment, reversing decades of lucrative operations.

The resignation of both directors nominated by BP will have a direct impact in that BP will not be reporting reserves, producing, or making profits for Rosneft any longer.

“The partial SWIFT sanctions could interfere with some energy investments in Russia and energy trade. These will surely bring a greater sense of risk to investing in Russia”

While BP’s financial framework and distribution guidance remain unchanged, there will be changes in the way Rosneft shareholding accounts are handled.

On Monday, Shell announced it will exit all operations in Russia, including quitting the flagship Sakhalin 2 LNG plant in which it holds a 27.5% stake, and which is 50% owned and operated by Russian gas giant Gazprom.

“We are shocked by the loss of life in Ukraine, which we deplore, resulting from a senseless act of military aggression which threatens European security,” Shell Chief Executive Ben van Beurden said in a statement.

With the outflow of financial resources and technology, Russian companies will not be able to maintain and increase their current production capacity.RELATED

For Syrians, Russia’s road to Ukraine started in Damascus

Moscow’s energy market share will decline, and Russia’s foreign exchange earnings will fall sharply. The time for using energy exports as an advantage in geopolitics could be coming to an end.

The energy industry is one of the primary sources of Russia’s foreign exchange earnings, hence there are serious challenges ahead for the sector.

While large energy companies with significant investments such as BP and Shell have abandoned Russia, others such as Exxon Mobil will come under increasing pressure.

Exxon Neftegas Limited (ENL) is a subsidiary of Sakhalin-1, located in the far east of Russia off Sakhalin Island, and has a 30% share in this large oil and natural gas project.

Sakhalin-2, based in the UK, is one of the biggest integrated oil and gas project in the world, with 27.5% of it owned by Shell and controlled by Gazprom. There are also Japanese investors, namely Mitsui (MITSY) and Mitsubishi.

Given the continuing Russian invasion of Ukraine and the increasing global backlash and condemnation, more countries and companies will seek to review their relations in Russia’s energy sector.

Other countries import varying amounts of gas; Finland imports 94 percent of its gas from Russia, while Latvia, Germany and France import 93%, 49%, and 24%, respectively.

Exports of energy, grain, and minerals metals from Russia and Ukraine are vital to the global economy.RELATED

Why Israel is walking a tightrope on the Ukraine crisis

“The dependence of Europe and the US on energy imports from Russia prevents them from cornering Putin. Sanctions on the oil and gas sector would cut exports to Europe and the US at a time when prices of both oil and gas are high and supplies are scarce,” Dr Anas Alhaji, Editorial Advisor of Attaqa, an energy-focused media platform, told The New Arab.

“In addition, fear of Putin’s retaliation is real: Russia may cut natural gas exports to certain European countries. Russian-affiliated entities might launch devastating cyberattacks on financial institutions and energy and transportation infrastructure in Europe and the US.”

While Europe has not sanctioned Russia’s energy industry, the Swift blockade may have an indirect effect on Russia’s oil and gas sector.

“The partial SWIFT sanctions could interfere with some energy investments in Russia and energy trade. These will surely bring a greater sense of risk to investing in Russia,” Dr Paul J. Sullivan, a non-resident Senior Fellow at the Atlantic Council, told The New Arab.

“That is the major point of such sanctions. The Russians may have enough stashed away to keep some projects hit by the SWIFT sanctions going, but the longer the war goes on the less they have left.”

“Russia’s central bank may not be able to intervene to provide players in Russia’s economy with foreign currencies, making doing business with Russian firms even more risky, including in the energy sector”

Moreover, Germany will expand its storage facilities and establish strategic gas reserves in the immediate future in order to relieve its reliance on Russian gas.

“The EU’s restrictions on Russia’s participation in SWIFT are a serious measure,” Prof. Michaël Tanchum, associate senior policy fellow at the European Council on Foreign Relations (ECFR) and a non-resident fellow at the Middle East Institute (MEI) in Washington, told The New Arab.

“Russia’s central bank may not be able to intervene to provide players in Russia’s economy with foreign currencies, making doing business with Russian firms even more risky, including in the energy sector”.

Despite prompting an escalation in the energy crisis, Russia’s war in Ukraine has also provided an opportunity for energy producers and consumers to reconsider energy sources, energy transmission routes,  and, sooner or later, review their national energy policy.

In the meantime, Europe will have to continue importing gas from Russia, but Moscow’s invasion of Ukraine will likely lead to a gradual decline in Russia’s share of the European energy market in the medium-term future.

The Swift blockade will gradually affect the Russian economy, and the country’s energy industry will not be spared. Any major cuts to Russian energy exports and Ukrainian and Russian grain exports could be a devastating blow to the fragile global economy’s recovery.