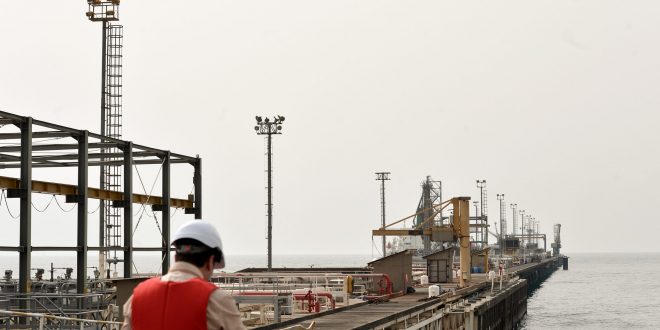 Iran’s oil sales have risen under the Biden administration, but if the Ukraine crisis and Iran’s current policy in the nuclear talks continue, the US could tighten conditions for selling Iranian oil.

Russia’s invasion of Ukraine has disrupted global oil trade and has given Iran the opportunity to increase exports to China, while Iran is still under US sanctions and has no immediate prospect of a nuclear deal. As the world’s largest oil importer, China is also reluctant to purchase cheap Russian oil.

Before the military invasion of Ukraine, Russia produced 11 million barrels of oil and gas condensate per day. It also exported 4.8 million barrels per day of oil and gas condensate, along with about three million barrels of oil products. About half of these shipments went to Europe and the United States, while eastern markets, especially India, South Korea, and Japan, supplied only three to six percent of the oil they needed from Russia. Russia’s share of China’s oil imports was about 15 percent. The European Union has imposed tough sanctions on Russia in recent weeks, and Reuters recently reported an official document that states that the Russian government expects the sanctions to reduce the country’s oil production by 17 percent. This means a reduction of two million barrels per day of Russian oil exports. More importantly, about half of Russia’s exports depend on oil and gas. Last year, the country exported $110 billion worth of crude oil, $64 billion worth of oil products and $62 billion worth of gas.

Since the beginning of the Ukraine-Russia conflict, India has increased its purchase of crude oil from Russia. In December and January, it did not purchase any crude oil from Russia. In March, it purchased 300,000 barrels a day, which increased to 700,000 barrels per day in April. Currently, crude oil constitutes approximately 17 percent of imports from India, which is one percent higher than imports prior to Ukraine’s invasion. The average amount of oil that India purchased from Russia last year was approximately 33,000 barrels a day. India has benefitted from Russian oil being banned in the US and Europe’s current proposal of an embargo on Russian oil; it has gained the benefit of purchasing crude oil at significantly lower prices. This enables India to power its economy at lower costs and to produce and export diesel and jet fuel at above-margin prices.

Countries in South Asia are seeking Russian crude at prices lower than $70 a barrel. According to Bloomberg’s sources, state-owned refiners in India may be able to import 15 million barrels of oil from Russia in May if there is an agreement between India and Russia on such a large discount. This amount of import would be equivalent to approximately 10 percent of India’s total oil imports. China and India are not against importing Russian crude oil. However, there are certain adversities or limitations regarding the volume of oil that Asia can import. These include the limitations in relation to the logistics of oil shipments from Russia’s Black Sea and Baltic ports to Asia, the scarcity of tankers, bank guarantees, and insurance for Russian cargoes. Still, low-priced Russian crude oil still appeals to Indian refiners, even though the US warns New Delhi that purchasing Russian oil is not of benefit. India withholds itself from condemning Russia for invading Ukraine; it actually has connections with Russia in the areas of military and defense.

During the sanctions period, Iran sold oil to China at a special discount, and in recent months, according to Iranian officials, Iran’s oil exports have risen sharply. Some Iranian media outlets claim that China is reluctant to buy cheap Russian oil but Beijing still wants to buy Iranian oil. Western sanctions against Russia and China’s reluctance to buy cheap Iranian oil have led to an increase in Iranian oil exports in the first quarter of this year. It has increased by 30 percent compared to the same period last year and reached 870,000 barrels per day. Chinese refineries are in no hurry to buy cheap, heavy Russian oil because they do not want to be recognized as buyers of Moscow oil amid tightening Russian sanctions. China, which recently had close ties with Russia on energy, has not formally condemned Putin for the Ukraine war, but the Chinese government has recently been cautious about concluding new agreements with Moscow.

The European Union has unveiled a plan to ban Russian oil imports by the end of 2022. The plan, which could be approved and implemented due to opposition from some EU members, disruptions in global supply, the possibility of a sharp rise in oil prices and the escalation of the economic crisis, raises many doubts. However, another part of the sanctions package, which bars European tankers from transporting Russian oil, may hit Moscow harder and provide free oil opportunities for European customers. The Russians are facing a shortage of oil storage tanks, export terminals in the non-European sector and a shortage of tankers. The number of stray shipments has increased so much that the country’s oil discount has reached $40 a barrel. If the oil embargo is approved, the remaining months of the year will provide a good opportunity for Europeans to take full advantage of Russia’s logistical problems and buy plenty of black gold for their strategic reserves at a discount of fewer than $10.

Kepler statistics show that Russia’s daily oil exports to India increased from 30,000 barrels in 2021 to 700,000 barrels in April, but its exports to China, Iran’s largest oil customer, did not increase. India is Iran’s second largest oil customer after China. It was in the pre-sanctions era that it has not bought oil from Iran for the past three years. After the sanctions, China has also purchased most of Iran’s oil exports, mainly through intermediaries. Over the past month, due to widespread urbanization in some major Chinese provinces due to the COVID-19 outbreak, the country has also reduced its need for oil imports, and in the coming months, a better picture of Russian-Iranian oil competition in Chinese markets may be seen. India’s 20-fold increase in Russian oil imports has darkened the outlook for the resumption of Iranian oil exports to the country in the post-sanctions period.

The EU and the US account for 11 times the share of China in foreign trade with Russia and 30 times that of Iran, including the oil that China imports from Iranian oil brokers, and China is not expected to fall victim to Western sanctions against Russia and Iran. On the other hand, China’s most important partners in the Middle East are the Arab countries in the region, and China is not expected to reduce oil imports from these countries and replace them with Russian and Iranian oil. Russia and Iran themselves are likely to compete in a fierce battle over oil supplies to China, and it will be much harder to revive Iran’s oil markets in India and other Asian countries.

The nuclear talks that were to take place in Vienna with the purpose of reviving the Iran nuclear agreement were canceled upon Russia’s last-minute demand, which was referred to as “external factors” in a tweet by Joseph Borrell, the European Union’s foreign affairs chief. After the US withdrew from the 2015 nuclear agreement in the year 2018, representatives of the seven countries spent much time last year negotiating over ways to revive this agreement. It was stated by diplomats that Borrell, in his tweet, was referring to Russia’s demand for the US sanctions to be eased on its commercial agreements with Iran in the future as a condition for making the revival of the nuclear agreement happen.

If Russia’s invasion of Ukraine continues and sanctions against Russia’s energy industry continue and even intensify, Russia will have no choice but to sell low-priced oil. Nuclear talks have been halted for the time being, and the government insists that the Foreign Terrorist Organizations list include Iran’s Revolutionary Guards, which Biden’s government is currently reluctant to do. Iran’s oil sales have risen under the Biden administration’s green light, but if the Ukraine crisis continues and Iran continues its current policy in the nuclear talks, the United States could tighten conditions for selling Iranian oil.

China is reluctant to sacrifice its economic ties with the United States for cheap oil imports from Iran. Tehran does not have much time to reach a new agreement. Sanctions are increasingly affecting Iran’s economy every day, and Tehran’s insistence on current positions is not in the country’s national interest. The limited agreement will also provide the conditions for a gradual improvement of Iran’s economy.