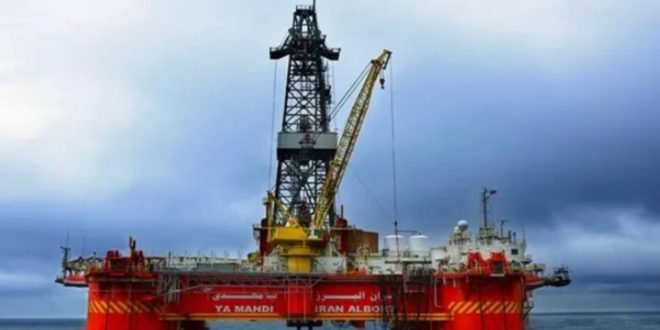 With a potential output worth $450 billion over its first 20 years, Iran’s Chalous gas field in the Caspian Sea, raises issues of both finance and where the gas might sell.

The field, whose discovery Iran proclaimed in June and which has perhaps 3.5 trillion cubic meters (m3) of gas, reportedly is part of discussions with Russia over a strategic cooperation agreement.

Europe seems an obvious market, and one where Russia already has a large footprint. With demand rising in cold weather, European buyers are struggling due to a lack of supply in both natural gas and LNG (liquefied natural gas).

Iran currently exports gas to Turkey, Iraq, and Armenia. Exporting gas to Europe is a main goal of Iran’s oil ministry even though the necessary infrastructure is not in place.

But Iran is a long way from being able to meet Europe’s growing needs. As the Chalous field is under deep water in the Caspian, extraction requires finance and advanced technology, which Iranian companies lack. Any western European, Chinese, and Russian companies could be deterred by possible punitive US action under ‘maximum pressure’ sanctions. The China National Petroleum Company (CNPC), like France’s Total, left its contract to develop phase 11 of South Pars, Iran’s gas-field in the Persian Gulf, in fear of United States ‘maximum pressure’ sanctions.

Russia’s own gas exports to Europe are caught up in Moscow’s complex calculations. Russia supplies around half of the gas imported by the EU, and as much as 90 percent of the gas supplied to some countries. Russia also plans to export LNG to Europe.

Due to the energy crisis, Russian gas is expected to flow within months through the 1,225km (760-mile), €10 billion Nord Stream 2 pipeline, although its approval was recently suspended by Germany’s energy regulator, leading to a 17 percent jump in gas prices in the European Union. The Kremlin is doubly keen on Nord Stream 2 because it could transit Russian gas directly to Germany under the Baltic Sea and so avoid paying transit fees to Ukraine.

In the meantime, a daily supply of only 30 million m3 was booked by Gazprom from the Yamal Peninsula, north-west Siberia and a major area of gas reserves, to supply by pipeline to Europe in November, well below a possible 86.5 m3. Gazprom has made no bookings though the Ukrainian pipeline.

Russia’s management of supplies to Europe’s suggests its deal with Iran over Chalous − which according to Oilprice.com would for 20 years allocate 40 percent of production to Russia, 28 percent to China, and 32 percent to Iran − might Moscow managing a potential rival rather than a sales bonanza for Tehran.

Might China, where electricity shortages have pushed some provinces to implement power rationing, be a better market for Iranian gas?

With the relative easing of the Covid-19 pandemic, demand has surged in China. In the first six months of 2021, Beijing’s LNG imports exceeded those of Japan, and are likely to do so for the rest of the year. At the end of September, Inter RAO – a Russian power generator – was asked by Chinese authorities to increase supplies to China.

Beijingis well diversified, looking to a variety of countries to meet its energy needs. Around 16 percent of its oil comes from Saudi Arabia, 16 percent from Russia, and 11 percent from Iraq.

Last month the US signed a new agreement to export LNG to China. In 2019, when tariffs were 25 percent, only two US LNG cargoes were shipped to China, but after China lowered tariffs to 10 percent, US LNG exports to China averaged 0.6 billion cubic feet a day (17 million m3) in 2020.

But even if the Chalous field gas is extracted in the future, its gas could not be easily exported to China or Europe. At present, gas from Iran’s South Pars field goes 70 percent to meet domestic demand, and the field is already entering its second half of life.

According to some estimates, South Pars production will fall annually after 2024 by 28 million m3 a day. To prevent the decline in gas production in South Pars, an investment of $30 billion is required.

High domestic consumption and continuing US sanctions have plunged Iran into an energy squeeze. Until the threat of US sanctions is eased, Iran alone will struggle to extract the reserves of any new oil and gas field it discovers. And as time passes, countries’ attention to the energy transition process and the Glasgow environmental agreement will lead countries to switch away from fossil fuels to renewables.