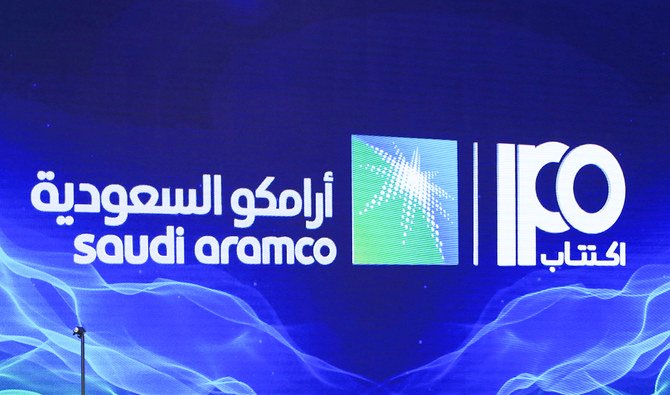 Challenges and opportunities for Aramco’s IPO

Saudi Arabia has an incredible opportunity to move away from its complete dependence on oil, but it will need to make a number of structural changes to ensure its plans are not derailed.

The reality is that the Saudi economy, including the private non-oil related sector, is heavily dependent on oil revenues. The country’s political stability is directly related to the ability of the government to distribute rent to the public, including the creation of jobs in the public sector.

One of the primary sources of Saudi oil revenues is, of course, its oil production, which ranges from 9 to 10 million barrels per day.

To achieve this goal, Saudi Arabia needs $3 trillion of investment in various sectors of the economy. The Saudi Crown Prince Mohammad bin Salman’s Vision 2030 has managed to attract interest in its energy markets, but at the same time, MBS’ reforms in the oil Kingdom will also increase uncertainty surrounding Saudi Arabia’s previously stable oil policy.

After the drone attacks in September of this year on the Aramco refinery facility, scepticism arose about the company’s production and refining capacity – as well as doubts about Saudi Arabia’s ability to secure its facilities with a war raging at its border in Yemen.

Advantages of Aramco in contrast to other oil companies

There are a few essential factors that contribute to Aramco’s superiority over other oil giants. First, Aramco has stronger financial resources than big oil companies like Shell, Exxon or BP. Due to its vast financial resources, the company can invest heavily in upstream oil and gas projects, and the company has already invested in refinery projects in major energy-consuming countries, such as India and China.

Another advantage is that Aramco’s debt-to-equity ratio is lower than that of other oil giants.

The company’s ability to produce oil and gas liquids with different grades gives them further value. Saudi Arabia is fortunate to have abundant oil reserves and very low production costs. The cost of oil extraction in some oilfields is so cheap that in some oilfields, the price of oil does not exceed ten dollars before reaching a barrel.

Aramco’s proven oil reserves total 268.5 billion barrels, even more significant than previously known and in 2018 it had a net refining capacity of 3.1 million barrels per day.

The first risk is the return on the shareholder’s investment. Aramco has guaranteed that it will give shareholders at least $75 billion in annual profits from 2020 to 2024, and even if the company’s net income does not reach this level, the company will take away its share from the kingdom which is an unstable financial model.

Another risk depends on the geopolitics of the region. Aramco’s stock price could fluctuate if there is a more severe drone attack, or other attacks and security breaches, on Aramco facilities. There is no guarantee that Aramco shares will not be affected by these accidents.

The risks from global warming and climate change are increasingly beginning to dictate policy and regulations for oil companies could likely become more stringent and restrictive in the future. This could lead to the devaluation of large oil companies that do not invest heavily in gas and renewable energy.

The rise of new technologies and renewable energy shows that the future of investing in oil is precarious.

Then there’s the risk of changing Saudi Arabian laws: more than 90 percent of Aramco’s income-generating assets are in Saudi Arabia, and Saudi Arabian laws, the arrest of oil billionaires, changes in tax and loyalty shares, and incidents like the Jamal Khashoggi murder poses a significant risk to Aramco’s shareholders.

The Saudi government’s decision to issue Aramco shares triggered a lot of debate about the value of Aramco shares. The Saudi Crown Prince MBS’ evaluation claimed that the IPO is worth $2 trillion. But the Wall Street Journal published an investigation saying the IPO is likely worth $500 billion less than that valuation. It is important to note that pricing is unstable due to the uncertainty of future oil prices.

However, regardless of the real value of the Aramco stock, if the stock succeeds in the market, Saudi Arabia has taken a major step towards reducing dependence on oil revenues.

Saudi Arabia will also need to prioritise financial transparency because it is crucial to foreign investors. Relevant trade laws should be made more attractive to investors and should not change once amended.

Lastly, a de-escalation of its adventurous foreign policy with active energy diplomacy may help Saudi Arabia achieve success in terms of Vision 2030. We have already seen a push to de-escalate tensions with Qatar and Iran, and some steps towards scaling back the war in Yemen. These political developments can all be viewed as steps taken to calm the waters before an IPO which the Saudis hope can help diversify the country’s revenue generation and move its dependence away from a depleting resource.