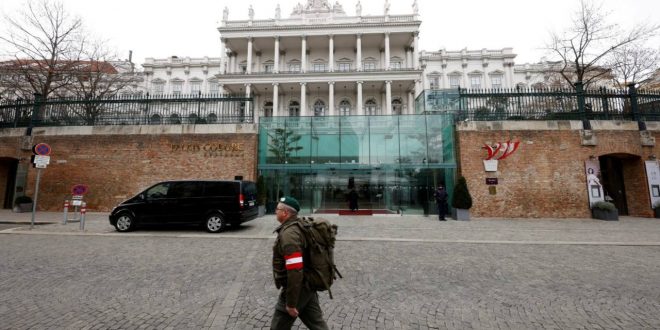 As fuel prices skyrocket following the Russian invasion of Ukraine, another major supplier of oil and natural gas is poised to play an important role.

Before Donald Trump‘s withdrawal from the 2015 nuclear deal and the imposition of sanctions on Iran’s oil exports, Iran produced 3.8 million barrels of oil per day. Afterwards, this dropped as low as 1.9 million barrels and currently it is about 2.4 million barrels. It will take time for the country’s production to return to pre-sanction levels due to this significant drop as well as low levels of investment in recent years. However, Iran’s oil and gas condensate reserves in tankers, as well as onshore oil storage facilities, will help Iran accelerate its exports which currently total more than 1 million barrels per day.  Some sources predict that with the lifting of the sanctions, Iran could ship an additional 500,000 barrels of oil per day to international markets from April to May, and by the end of this year this figure could reach an additional 1.3 million barrels per day.

All of this assumes that current talks in Vienna on reviving the Joint Comprehensive Plan of Action (JCPOA) are successful. Without sanctions relief, any new disruptions in US supplies could boost oil prices beyond $100 a barrel to as high as $150. As reported by GasBuddy, the United States is already struggling to cope with its highest level of inflation in four decades. The price of gasoline has risen about $4 a gallon in many parts of the country since the Ukraine crisis began.

Iran has said that it is ready to increase its oil exports significantly if sanctions imposed by the Trump administration are lifted, but it will take time to restore relationships with customers in Europe and Asia. In February, officials from the National Iranian Oil Company (NIOC) traveled to Seoul, the capital of South Korea, to hold talks with several refineries on the prospects for resuming oil deliveries.

The International Energy Agency (IEA) has increased its forecast for demand growth in 2022, stating that global demand for oil will increase by 3.2 million barrels per day this year to a record 100.6 million barrels per day. These forecasts show that there is a market for more oil and that this is an opportunity for producers to increase oil sales and export revenues.

Iran will clearly be a major beneficiary of this increase if it can resolve its problems with the United States over a return to the JCPOA.  Iran is asking the US government to remain committed to the deal in the event of a change of administration in Washington. But this is something that President Joe Biden, or any other US leader, cannot promise. Tehran must decide whether it is worthwhile to reach an agreement that could last only three years.

After the JCPOA went into implementation in 2016, Iran increased its oil production much faster than expected. Most analysts had predicted that Iran would increase its production by 500,000 barrels per day within a year after the lifting of sanctions, but in fact Iran reached this figure in less than four months, and by the end of the year had increased production by nearly one million barrels.

After sanctions were reimposed following the US withdrawal from the JCPOA in 2018, Iran stored oil in tankers. It is estimated that Iran has stored more than 85 million barrels of oil and gas condensate at sea.  These supplies can be exported rapidly if sanctions are lifted.

The elimination of important oil exporting countries from the market has major ripple effects. Other producers often raise prices and pursue their own interests. Even if Iran returns to the market, not all problems of oil and gas will be solved, but an Iranian return can have a major psychological impact in helping the oil market move towards equilibrium. There is also the possibility that Iran can play a role in replacing Russian gas exports to Europe.

To fully benefit from market shortages, Iran will also need investment. In September 2021, Iranian Oil Minister  Javad Owji said that the Iranian oil industry needed $ 160 billion in investment to reach its potential. At the current time, Iran has not played a major role in the global market for natural gas.  It has even reduced gas exports to Turkey and Iraq due to a shortage of natural gas for domestic needs and lack of investment in energy infrastructure.

Iran has survived sanctions by selling oil to China in the grey market. Other producers, especially Russia and Saudi Arabia, want Iran’s return to the market to be gradual,  but Tehran wants to regain market share as soon as possible. Iran will face many challenges in the energy market in the coming months, and without active energy diplomacy and a realistic foreign policy, even the Ukraine crisis will not be sufficient to allow Iran to play an important role.https://www.atlanticcouncil.org/