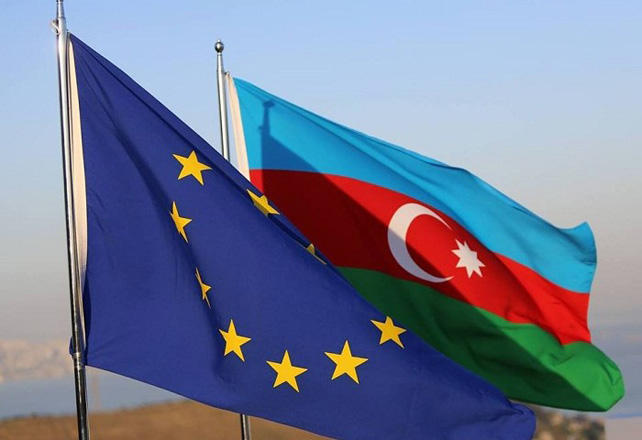 Azerbaijan’s Role in EU Energy Security: The Geopolitics of the SGC

Azerbaijan’s location on the Caspian Sea means it is developing offshore oil and gas fields. Due to the share of oil and gas reserves and production from the Caspian Sea, the country’s energy strategy in maintaining and increasing its energy status, especially in the gas sector, has led to the development of new fields and increased operations to harvest active fields.

The growing demand by the European Union for natural gas and the need to diversify into European gas resources required Azerbaijan to make greater use of its energy resources in its relations with other countries, even investing in energy fields in countries like Greece and Turkey. Azerbaijan’s approach to the gas industry plays an important role. Azerbaijani hydrocarbon resources will be used for its own security and EU security.

In the last decade, the expansion of the use of natural gas in the residential and industrial sectors of European countries and its replacement of coal has also led to an increase in gas imports and a reduction in the dependence on Russian gas. According to McKinsey, natural gas dependency in the EU was 74.4 % in 2017, up from 70.8 % in 2016. In 2018, EU countries imported 401 billion cubic meters (bcm) of natural gas, just 0.6% more than in 2017.

With the implementation of the Southern Gas Corridor (SGC) for the transit of gas from the Caspian Sea to Europe, Azerbaijan has the opportunity to expand the existing situation of Iran in the energy market in the region with a focus on gas, given the presence of a full chain of oil and gas companies in the field of exploration, development, extraction, transmission and distribution of energy. The 1,850-kilometer Trans-Anatolian Natural Gas Pipeline (TANAP) will provide Turkey with 6 bcm per year and 10 bcm per year will come through Tanat and Trans Adriatic Pipeline (TAP) by 2020. Turkey imported 1 billion cubic meters of gas through tankers last year, and this will triple in 2019. According to the International Energy Agency (IEA) Azerbaijan will produce 55 bcm annually by 2040.The delivery of Azerbaijani gas to Europe will begin on July 1, 2019, as the Greek and Albanian sections of the TAP, are almost complete.

The TANAP, without relying on hydrocarbon resources and Russian gas pipelines and without passing through Russian territory, will transport natural gas from the Shah Deniz and Baku pipelines across Turkish soil to the Greek border and from there, it will be exported to the European Union via the Trans-Adriatic or TAP pipelines. It is expected the pipeline will be operational by early 2018. In the first stage, 6 billion cubic meters will be used for domestic consumption in Turkey and 10 billion cubic meters will be transferred to the European Union.

Russia is already working with Turkey to build the TurkStream pipeline that crosses the Black Sea to bypass Ukraine and other transit countries. The project includes two pipelines each with a capacity of 15 bcm, one for the Turkish market and one for Europe. Two countries, Turkey and Greece, have signed a bilateral agreement to allow Russian gas to be transferred through the Southern Gas Corridor. Bulgaria imports about 2.4 bcm of gas annually from Gazprom, and 95% of its gas needs come from Russian gas imports. According to the State Oil Company of the Azerbaijan Republic (SOCAR), Greece and Bulgaria will receive 1 billion cubic meters of gas a year, while Italian companies receive 7 billion to 8 billion cubic meters a year, each year.

The increase in Bulgarian gas imports from Azerbaijan is in line with the plans of SOCAR to invest in the gas infrastructure of Bulgaria. Azerbaijan wants to develop the Bulgarian gas transit network in cooperation with a Bulgarian company. The program will start with the sale of SOCAR’s gas to the domestic Bulgarian market, which will be in direct competition with Russian Gazprom.

Azerbaijan’s growing role in regional and world energy markets is the best chance for Azerbaijan to have an important role in EU energy security, particularly in some Balkan states such as Albania, which mainly depends on Russian gas. At present, the EU has no other option than to import natural gas from Azerbaijan. The U.S. is trying to increase its share in the EU liquified natural gas (LNG) market, and the U.S. LNG price is high compared to other suppliers. Greece will be benefit from the TAP project, will import gas from Azerbaijan and will receive more economic benefits from transit fees while being a transit route and playing a role in EU energy security.

Currently, Turkey is a transit or energy bridge but should not be limited to that role. When you consider Turkey’s historical, economic and political connections, there are strong ties with these regions. Turkey has plans to be an energy hub and if Turkey attracts more foreign investment to build the required infrastructure and liberalize the energy market, Azerbaijan’s energy resources and other pipelines planning to use Turkish routes to reach EU market, Turkey could reach its goal in the long term.