A Relationship in Flux: Can Turkey and Saudi Arabia Stabilize Relations?

Any new agreement between Iran and the United States could bring Iran’s rivals in the region closer together. It is obvious that Turkey and Saudi Arabia must solve the existing problems within the framework of their national interests to play a more active role in the region in the post-COVID era, and within the framework of the balance of power at large.

Over the last few weeks, there have been attempts among regional powers in the Middle East to reduce tensions and find common ground. At the forefront of these talks are discussions between Turkey and Saudi Arabia, two long-time regional rivals, with the aim of resolving years-long tensions between the two nations. This expected détente is overshadowed by the ongoing Iran-U.S. talks in Vienna to address existing problems and work towards an agreement that illustrates the region’s shifting balance of power. While Turkey and Saudi Arabia, two of the Middle East’s most powerful actors, managed to maintain stable relations for many years, the upheaval of the past decade has brought new challenges.

After the 2017 blockade on Qatar by Saudi Arabia, the UAE, Bahrain, and Egypt, and the assassination of Jamal Khashoggi at the Saudi consulate in Istanbul, Turkish-Saudi relations deteriorated; each side shifted to confrontation on mainstream media, loudly called for economic boycotts, and fomented trouble in other areas. The Saudi boycott on Turkish goods coincided with the second anniversary of the killing of Jamal Khashoggi, making the situation even worse. The two countries’ different positions on regional geopolitical issues, such as the Syrian and Libyan civil wars, and the presence of the Saudi military in a joint maneuver with Greece, further strained their contentious relationship. However, although it seems difficult for these two countries to restore their relations in the short term, the developments that have taken place in recent months provide a more optimistic outlook.

Saudi Arabia’s approach to regional policy differs between Arab and non-Arab countries. It has long attempted to maintain an influence on Arab countries by using a combination of Islamic and Arab identity to legitimize its hegemony. Because Saudi Arabia does not have the tools to expand its Arab-Islamic hegemony over non-Arab countries like Turkey, however, it uses the strategy of balancing power to create relative superiority. Turkey, which originated from the heart of the Ottoman Empire, was also a pillar of U.S. and NATO anti-Soviet foreign policy in the region for decades, and in the last decade it also became a major partner in America’s Syria policy.

Hopes of a Saudi-Turkish detente were dashed in January when Saudi F-15 fighter jets took part in a joint exercise with Greece in the eastern Mediterranean. Before the Greek-Saudi joint military exercises, however, Turkey established a large military presence in strategic locations in the east, south, and west of Saudi Arabia; the country maintains military bases in Qatar and Somalia, and Turkish warships have an enduring presence in the Red Sea.

In the phone conversation between Saudi King Salman and President Recep Tayyip Erdogan before the G20 Summit hosted by Saudi Arabia in November 2020, both leaders committed to “keeping the dialogue channels open”, serving as first signs of an improvement in their relations. The U.S. transition of power, with the Democrats now in control of both the White House and Congress (albeit only by a razor-thin margin), may also accelerate this momentum. Although both Turkey and Saudi Arabia are traditional allies of the U.S., President Biden’s foreign policy will probably disrupt Washington’s relations with both Ankara and Riyadh, as Biden lambasted both nations as reactionary dictatorships on the campaign trail.

The detente seems to also be a Qatari wish when the Qatari Foreign Minister Mohammed bin Abdurrahman Al Thani announced that “Qatar will be pleased to act as a bridge between Turkey and other countries in the region,” and Qatar has attempted to serve as a mediator in order to reduce tensions between Saudi Arabia and both Turkey and Iran. Saudi Foreign Minister Faisal bin Farhan Al Saud has stated that they have good relations with Turkey, and Turkish Foreign Minister Mevlut Cavusoglu’s visit to Saudi Arabia on May 10 will be the first visit of a high-ranking Turkish official to Saudi Arabia since the Khashoggi assassination. According to media reports, Erdogan’s advisor and spokesman for the Turkish presidency, Ibrahim Kalin, has also had talks with his Saudi counterparts to help defuse tensions in recent years.

As with other nations, Saudi-Turkish relations have found a way to agree on one area of foreign policy: weapons sales. Turkey has become an important military producer in the region, investing $35 billion in the defense industry over the past four years to strengthen its hard and soft power and become self-sufficient in military research and manufacturing. Despite their disagreements, Saudi Arabia has purchased armaments and drones from Turkey, which is on its way to become the market leader and rising power in the drone and armament market as a part of Erdogan’s goal of reducing dependence on foreign weapons.

Two Saudi manufacturers have started to produce a Turkish-made mid-altitude, long-lasting drone. Intra Defense Technologies and Advanced Electronics Company will produce the Karayel-SU under a Vestel Defense license. On March 16 Erdogan confirmed that in addition to their co-production agreement, Saudi Arabia is also negotiating to purchase an unknown quantity of Karayel-SU aircraft off the shelf. The program includes building a batch of 40 Karayel-SU aircraft between 2021 and 2025. The Turkish drone will be re-polished as the “Haboob” in Saudi Arabia. Saudi and Turkish relations will also gain from the Saudi resolution of the 2017-2021 Gulf dispute and the end of the blockade on Ankara’s closest partners in the region, Qatar. The end of the Gulf crisis in Al-Ulla GCC Summit and recent positive signs from Ankara and Riyad shows that from now on Turkey can establish a more comfortable relationship with Saudi Arabia.

In recent years, Yemen’s Houthis have attacked Saudi Arabia with drones and missiles, and Houthi attacks on Saudi energy facilities have significantly affected the nation’s production and export capacity. The security of Saudi Arabia’s energy supply has become a major concern for Riyadh as a result of drones’ role. Saudi Arabia’s recent decision to use Turkish drones to secure energy infrastructure and strengthen its defense sector will increase trade between the two countries and Saudi reliance on Turkish weapons, and provide conditions for the sale of Turkish-made drones among Arab countries.

Based on recent communications, it seems that both countries can solve part of their differences by reviewing their foreign policy, and Turkey can partner with Saudi companies for important projects. The outbreak of the COVID-19 crisis and the devaluation of the Turkish lira have caused the Turkish economy to face a crisis; ttracting foreign capital, in which Saudi Arabia is abundant, is one of the ways the Turkish government can deal with some of the effects of the current crisis on the Turkish economy.

There are several points in which Saudi Arabia and Turkey can meet, starting with the crisis in Syria, and even Turkey’s relations with the Muslim Brotherhood and Libya in which Ankara and Riyadh must provide a win-win solution for both. Increasing the volume of trade can also help to maintain and increase the level of political relations.

The continuation of Iran-U.S. talks in Vienna to resolve the existing problems and increase the likelihood of an agreement between the two sides shows that good-faith negotiations can work. Any new agreement between Iran and the United States could bring Iran’s rivals in the region closer together. It is obvious that Turkey and Saudi Arabia must solve the existing problems within the framework of their national interests to play a more active role in the region in the post-COVID era, and within the framework of the balance of power at large. 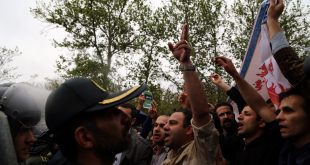 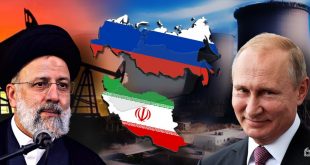 Is Russia a Reliable Partner for Iran? 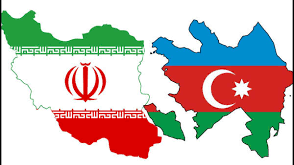 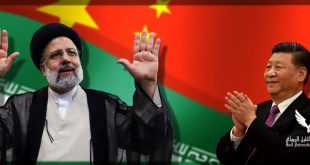 How Will Ebrahim Raisi Deal With China?

To gain the most from the 25-year cooperation agreement, Raisi should pursue a conciliatory foreign …