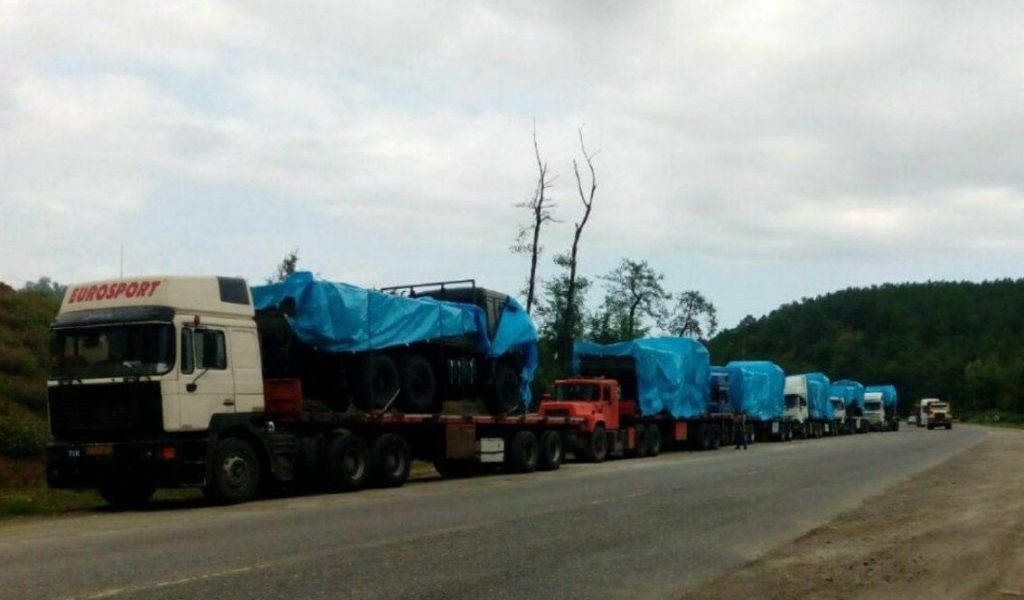 Between Neutrality and Fighting Internal Dissatisfaction: Iran’s Policy on Karabakh

The geopolitical and geo-economic impact of the three-decades-old Karabakh conflict on the stability of the broader South Caucasus is clear and broadly recognized. Given the importance of the South Caucasus as a transcontinental energy corridor, any intraregional instability or periodic flare-ups in violence there pose countless risks to the energy security of neighboring Turkey as well as countries further downstream, in Europe. Additionally, Azerbaijan’s Karabakh—a territory occupied, along with several neighboring districts, by Armenian forces since 1994—features a number of inherent strategic characteristics that provide further incentive to quickly settle this conflict zone. Those factors include Karabakh’s proximity to the Iranian border, its rich natural resource reserves, and the area’s capacity to become an alternative transregional transport route (Iramcenter.org, October 2). Nonetheless, the most intense fighting since the end of the Nagorno-Karabakh War erupted there once again, on September 27, 2020, with Azerbaijani forces continuing to retake control of ever-larger swathes of territory along the northern and southern edges of the contested region (see EDM, October 8, 19). The fierce clashes on Iran’s northwestern border have left the Islamic Republic in a difficult position at it seeks to effectively calibrate its policy toward the crisis.

Throughout the past 30 years of the Armenian-Azerbaijani conflict over Karabakh, the position of the Iranian authorities has persistently been to call on both warring sides to show restraint. But Tehran has simultaneously maintained generally warm relations with Yerevan and did not join Turkey and Azerbaijan in closing their borders with Armenia to try to regionally isolate it over the occupation of Azerbaijani territories. That stance has not always sat well with Azerbaijan, a fellow Shia Muslim–majority country, which has close ethnic and historical ties to Iran due to the presence of more than ten million ethnic-Azerbaijanis living within the latter country’s borders, mainly in the northwest (Asriran.com, September 28). Baku has periodically castigated Tehran for its good relations with Armenia, rhetorically appealing to “Muslim solidarity” (see EDM, October 13).

Iran’s stance in the first days of the latest outbreak of heavy violence over Karabakh caused dissatisfaction within the country’s Azerbaijani minority. Concerns arose among Iranian authorities that the Azerbaijani-Armenian clashes were provoking heated, ethnically charged sentiments in parts of the country. Indeed, Iran’s ethnic-Azerbaijani community quickly began agitating for Tehran to declare a position in favor of one of the parties to the dispute—specifically Azerbaijan (Hamshahrionline.ir, October 2). In the early days of the conflict, a video appeared on social media showing Russian trucks carrying military equipment heading to Armenia via the Iranian border. Local and government officials initially denied these claims but, faced with mounting evidence, they started to assure that the trucks were not carrying military cargo and that Armenia had purchased these vehicles outright from Russia. This version of the story was subsequently repeated by Iran’s foreign policy officials and top leadership (Khabaronline.ir, October 2).

The war in Karabakh has also affected the political climate inside Iran. On October 1, residents of Tabriz, Ardabil, Zanjan and the capital of Tehran demonstrated in support of the territorial integrity of the Republic of Azerbaijan, chanting ethno-nationalist slogans. Several participants of these rallies were arrested (Etemadonline.com, October 1). The demonstrations were sparked by a joint statement from the local representatives of the Supreme Leader of Iran from the provinces of East Azerbaijan, West Azerbaijan, Ardabil and Zanjan: the four imams declared that the Azerbaijani government’s move to retake Karabakh was “completely legal” (Tabnak.ir, September 30).

In the following days, the Iranian government reiterated its recognition of Azerbaijan’s sovereign claims to Karabakh and the surrounding districts occupied by Armenian forces. On October 6, Iranian government spokesperson Ali Rabiei reemphasized Tehran’s stance that the occupied regions of Azerbaijan must be “evacuated” by Armenia (Fararu.com, October 5). And that same day, Ali Akbar Velayati, the advisor to the Supreme Leader of Iran on international affairs, told the Keyhan newspaper, “The violated rights of the Republic of Azerbaijan must be secured and its occupied territories returned to it” (Asriran.com, October 6). Faced with domestic agitation related to the current clashes in Karabakh, Iran is attempting to preserve national harmony by, on the one hand, maintaining official neutrality, while simultaneously putting extra pressure on Armenia to implement its obligations under the four previous United Nations resolutions on the conflict.

In recent years, Iran has witnessed multiple ethno-nationalist uprisings protesting discriminatory policies coming from the center (Mei.edu, March 30, 2018; Washington Institute, January 4, 2018). And today, even perceived, let alone de facto, Iranian support for Armenia in the current fighting over Karabakh threatens to stir up unrest in Iran’s Azerbaijani provinces—a situation that is further exacerbated by the country’s poor economic conditions. The Azerbaijani minority in Iran is closely following the developments of the war in Karabakh. So with the looming prospect of growing dissatisfaction, fervent emotions or outright riots in Iran’s border areas, the continuation of the conflict between Azerbaijan and Armenia is understandably not in Tehran’s interest.